Trending
You are at:Home»General»Two-headed Shark Netted by Fisherman 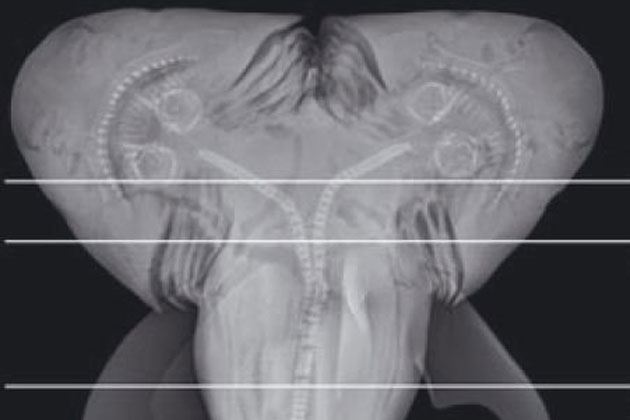 What’s worse than a bull shark? How about a two-headed bull shark? Well, fisherman in the Florida Keys came across just that. The fisherman had hauled in a pregnant bull shark, who popped out multiple live fetuses, one of which had two heads. The shark, though alive, had a severely underdeveloped body with two very developed heads. It would likely not have survived in the wild, and in assuming such, the fisherman brought it in and handed it over to scientists. Okay, so it’s not a two-headed monster of the oceans that we may have lead you to believe, but still an unsual find and certainly one worth mentioning, especially since it’s their only only six published records of two-headed sharks to begin with. 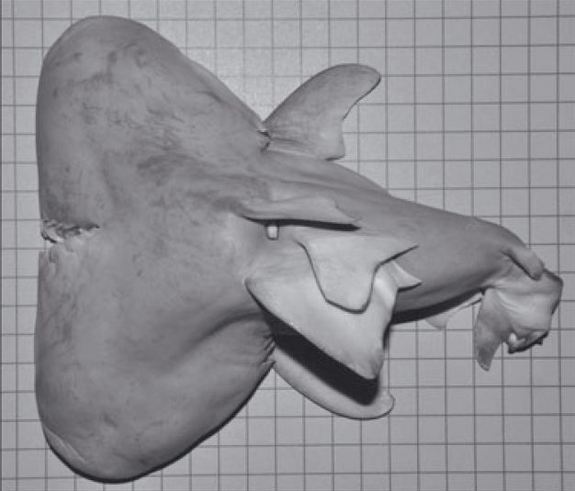 This particular specimen, which suffers from axial bifurcation, was examined and x-rayed by the scientists, who just today published their findings in the Journal of Fish Biology.

This deformity, according to the scientists, comes about when the embroys are trying to split into two individuals, or twins, but does so incompletely. the resulting organism has an extra set of parts, in this case a head. This sort of mutation occurs more frequently in turtles and snakes, and typically those animals can live full lives, often as strange pets. This shark, however, would probably have been eaten very quickly after birth, or at the very least slowly starved to death as prey capture would have likely been difficult.