Trending
You are at:Home»General»Losing Sight of Real Reefkeeping and Going Back to My Roots 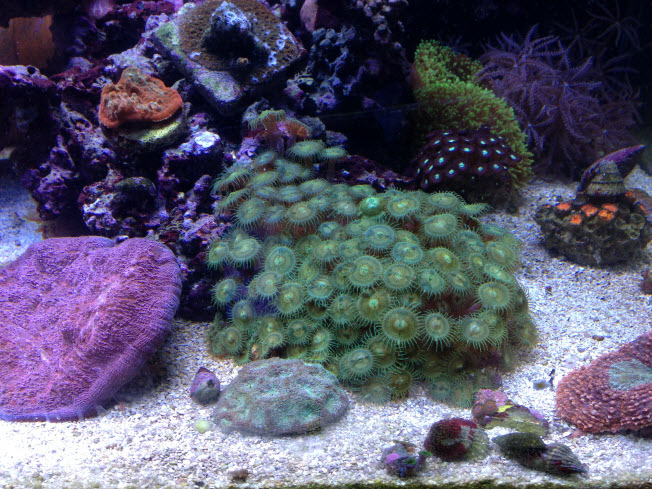 I had a major, eye-opening experience yesterday with regard to my personal journey in reef aquarium keeping, and it’s an experience for which I am very grateful. I visited a local friend who is currently attending a local college and staying with his parents. In his childhood bedroom, he has a 40-gallon breeder aquarium, which has a terrific footprint by the way, and it is full of great looking livestock. None of it is what I would call rare, but even then, it’s all pieced together in really well, resulting in a setup that has re-ignited the reef keeping fire in my soul.

For those who know me, you might recall the aquariums of my past, not all of which have been a success. I had a great 90-gallon mixed reef through college that was full of corals and clams. That setup was very simple, with most of the maintenance being very easy to accomplish even on the busiest of days. All in all, I hardly ever had any issues with that aquarium other than a lack of space.

When the opportunity arose, the 90 was upgraded to a 180-gallon behemoth when I relocated back to my hometown after graduation. While that tank housed all of the livestock from its predecessor, I ventured outside of my normal routines with various experimentation, which didn’t go so well long-term. It didn’t help that I held a bunch of corals for local aquarists who were without power during one of the many hurricanes that hit our area, many of which had pests that manged to infiltrate my system despite aggressive dipping strategies. The tank was still impressive though, at least in my opinion, but the further away I got from the stringent husbandry that I performed on my old tank, the worse my new setup became. Then came yet another move, as my wife and I purchased our first home. That’s where I got greedy and things really suffered because of it. 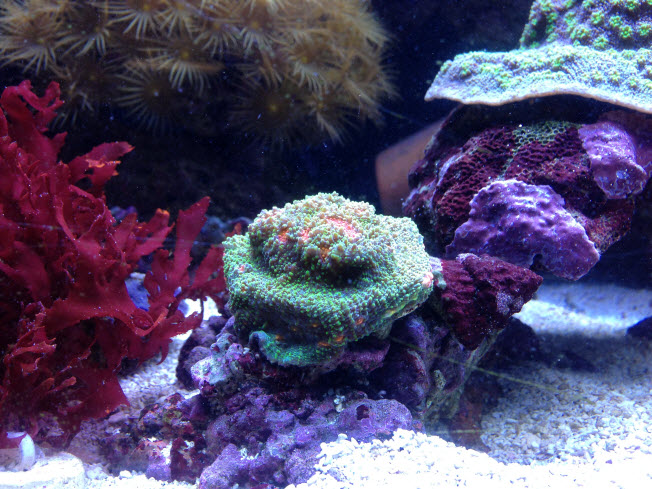 When I moved, I figured that I would do an even bigger aquarium with even more bells and whistles. So, I sold my 180 and a ton of livestock, keeping only the fish, corals, and clams that held any sentimental value. The remaining livestock was housed in a 150-gallon Rubbermaid plastic water trough at my parent’s house until the new tank would be set up and cycled. A month would pass, then another, and then another. The new tank wasn’t coming and I had all of these animals that needed an a permanent home. They held up fine in the huge tub, but my parent’s wanted their home office back, so I did what I had to do. Most of the remaining animals were sold off, usually for next to nothing because hobbyists can smell the desparation and will nickel and dime you to death so they can get all you have. And there I sat, no aquarium, no fish or corals, and just a few leftover pieces of equipment that I figured I could still use.

Several more months went by and the aquarium keeping bug that never went away was only digging in deeper. So, I had a reasonable size aquarium built for me out of acrylic and I tried my carpentry skills (or lack thereof) at building my own stand. It all came together slowly, and eventually I had rocks, sand, and saltwater in my home once again. I added coral frags to the setup slowly, and the fish trickled in even slower. I once again had a functioning aquarium, but again, that aquarium bug hit a nerve or something, as I was setting up yet another aquarium.

I purchased a rimless 90-gallon tank from Aquarium and Glass Exhibits. It was beautiful to look at with it’s starphire glass, PVC bottom, and mocha colored euro style stand. Very quickly, I put in the usual ingredients (sand, water, rocks) and turned on the pumps to get the cycle going. Unfortunately, I had a really difficult time finding a sump to match the overall look of the aquarium, but eventually had one built by a friend. Things were coming along nicely, but then the normal daily life stuff started getting in the way. Work took its usual toll on me, but around the same time my wife and I listed our home for sale. With the addition of our daughter and plans for a second child in the not too distant future, we were outgrowign our home and decided to move. So, the rimless build was squashed and the setup was eventually parted out on the local aquarium forum. 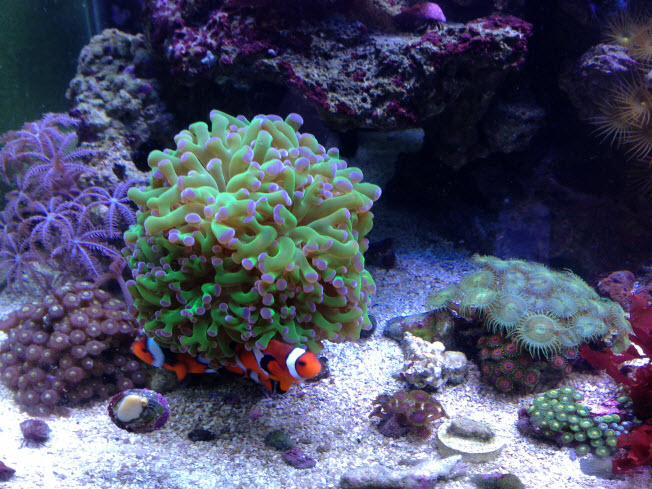 After making the big move, our first home still sits unsold with the acrylic aquarium still running within. The house is in the same city where my job is located, so every day I’ve been going there to top off water, feed the fish and corals, and just do a general check. But it’s very obvious that things are not going too well currently. Because of my busy schedule, I can’t stay at the house long enough to fill up a container to do a big water change, and with realtors constantly coming and going, I can’t have all of my aquarium stuff just strewn about. So, the only logical thing is to move the tank right? Well, if it were only that simple.

My wife and I (well, mostly my wife) don’t really want an aquarium within the new home due to salt creep and those usual aquarium smells. I had been planning a large in-wall aquarium, but I soon realized that my dreams and goals may not be readily achievable. After all, who wants to cut a hole in a wall in a brand new house? So, the only solution I could think of was to put the acrylic tank in the garage. But, the Texas summer heat really scares me, and it’s been difficult to pry away time from work and family to tear down that aquarium and set it all back up. Discouraged and contemplating giving it all up for a while, a trip to a friend’s house totally changed my outlook and approach.

After seeing that beautiful 40-gallon breeder, I had one of those lightbulb moments. Instead of building a massive aquarium in the wall with tons of expensive gadgets that I probably can’t afford anyways, why not keep it simple? Why not got back to the roots of my aquarium keeping? So, I decided to do precisely that. I’ve got all of the equipment, rocks, and sand to fill a 40-gallon breeder and get it up and running in a weekend. All I need to do is buy the aquarium, and those aren’t expensive by any means. Then, after setting it all up at the new house, just relocate the livestock and tear down the acrylic tank. It just makes so much sense.

Of course, setting up the tank also requires a change in mindset. Sure, I’ll always want that big reef tank in the wall, and it might even happen one day down the road. But to keep that fire alive, I need something positive to happen now. So, in the next few weeks I will be setting up a tank at the new home and it will be a successful reef. I am determined. I have a goal. The tank won’t be fancy and it won’t be complicated. It will have a small sump, as big a refugium as I can fit in the stand, and more importantly, it will be fun again.

Thanks for going on this mind purge trip with me and stay tuned for some build details.