Trending
You are at:Home»General»Women of the Aquarium Industry – Jessica Timko 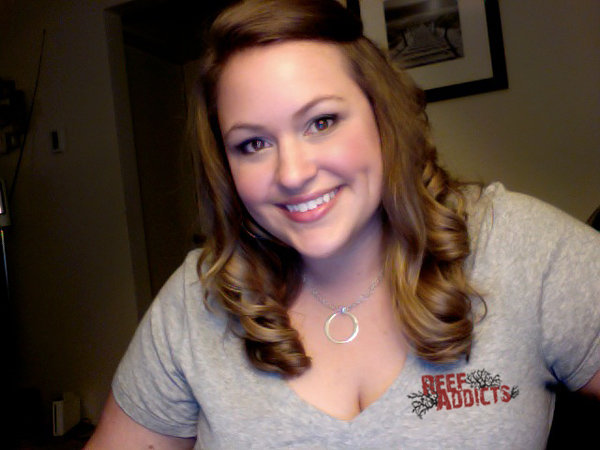 Jessica Timko, otherwise just known as Jessy, is far different from all of the other ladies in our celebration of female aquarium industry innovators. Instead of owning an aquarium equipment company or giving speeches about breeding a particular fish species, Jessy spends her time designing graphics on the computer. But not just any old graphics, mind you. Jessy founded a marketing company by the name of Creative Soup, and she’s been using her talents as a master of the digital paintbrush to make her own mark on the aquarium industry. 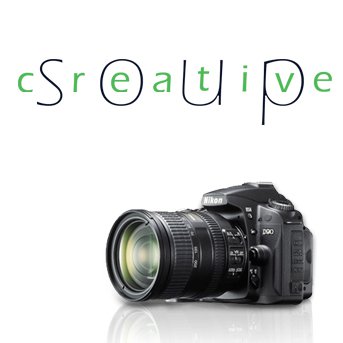 Jessy started down her path of aquarium enlightenment many years ago. She dabbled in marine aquariums of many different sizes, from nano tanks all the way up to a customized 150-gallon setup. Her most recent aquarium was a 60 gallon Current USA Solana XL which was stocked mostly with soft corals and mushrooms. Unfortunately, Jessy doesn’t currently maintain an aquarium, as her schedule is a bit too hectic with world travels and spending time at a majority of the aquarium industry trade shows that she frequents. 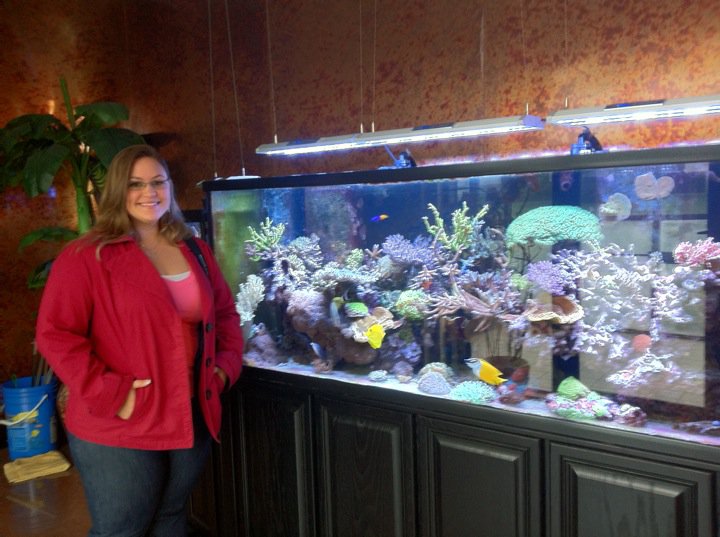 Speaking of travels, Ms. Timko has a very impressive list of adventure locations that she’s visited. She has traveled to about 25 different countries, making sure to suit up in SCUBA gear in any place that has water. Some of these places include Hawaii, Thailand, and of course the waters off the coast of the place she calls home, San Diego, California. While we’re on the topic of San Diego, Jessy also started the San Diego Marine Aquarium Society (SDMAS) in its current form with a friend almost 5 years ago. She spent three years on the board for that organization, creating a great place for SoCal aquarium hobbyists to socialize and congregate. 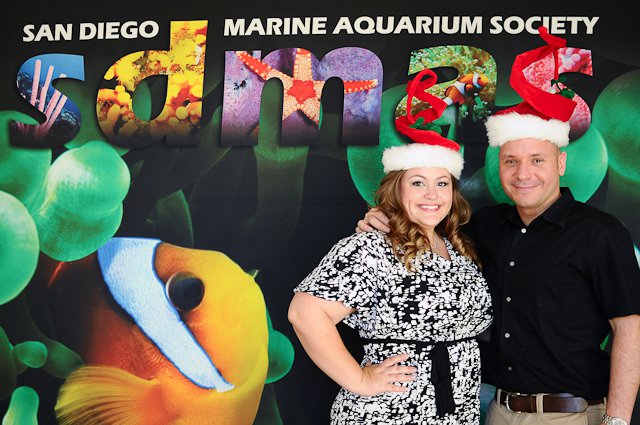 When Jessy isn’t traveling the world and diving in exotic places, she spends her time designing graphics and marketing campaigns. She received her Bachelors in Marketing and a Masters in International Business & Entrepreneurship, which allowed her to be self-employed starting in 2002 and to found Creative Soup almost five years ago. So how does this all relate to the aquarium trade? Well, if you’ve ever purchased a product from any of a handful of vendors or flipped through the pages of the popular aquarium magazines, chances are you have seen her work. Jessy has designed everything from advertising material to entire branding schemes for various aquarium equipment retailers, including a little work for us. In terms of specific projects, she has worked on the entire design and marketing of the 2012 and 2013 MACNA evenst, as well as the Marine Aquarium Expo and Reef-A-Palooza. In 2012, Jessy launched the whole lineup for Cobalt Aquatics and Cobalt Pond. Other big name organizations she’s designed for are PE Mysis, IceCap Inc, Rod’s Food, Reef Addicts, Digital Aquatics Cherry Corals, and so many more. There’s literally too many to name or even track down, and with trade shows and new livestock vendors always around every corner, we’re sure Jessy will stay quite busy. 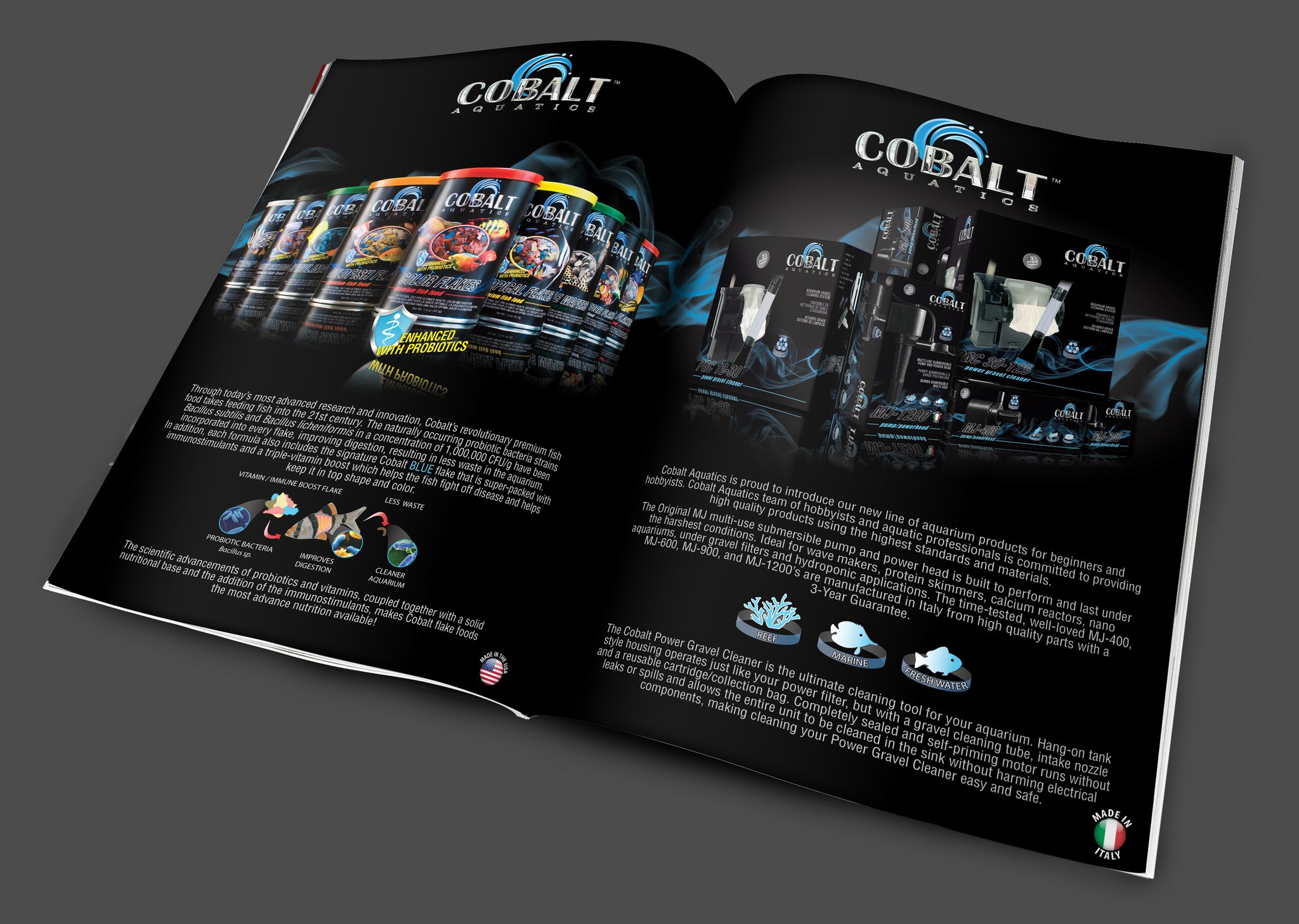 And if you thought her talents ended with marketing and design, you’d be way off. Jessy is also a very skilled photographer. She’s covered many of the events that she’s attended, and her photos have been published in various books and magazines. These include, but are not limited to, Tony Vargas’ “The Coral Reef Aquarium”, Coral magazine, and Tropical Fish Hobbyist magazine. 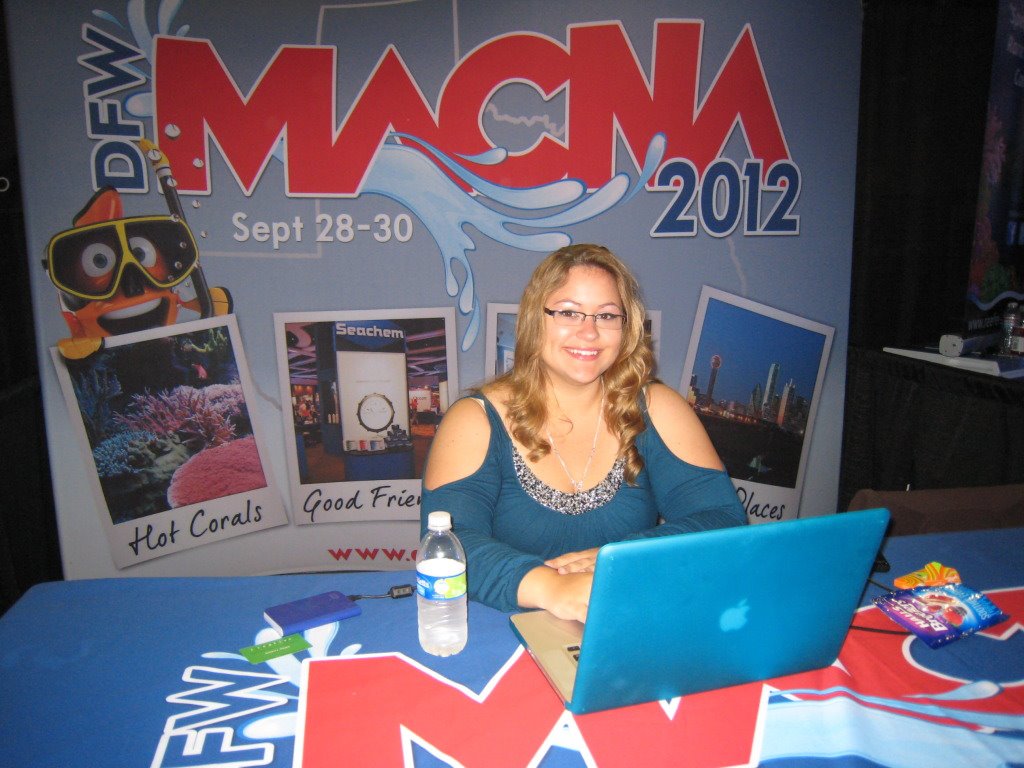 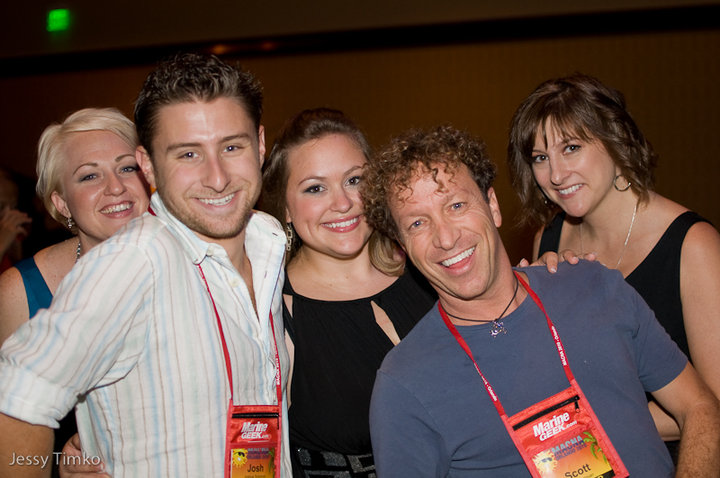 The reason we chose Jessy for our series of articles is that she proves a major point: you don’t have to be a marine scientist or an aquarium legend to leave a significant mark on the hobby. Different talents and tools that would normally seem completely unrelated to aquariums can be adapted to the industry, and even allow you to carve out a very successful niche. 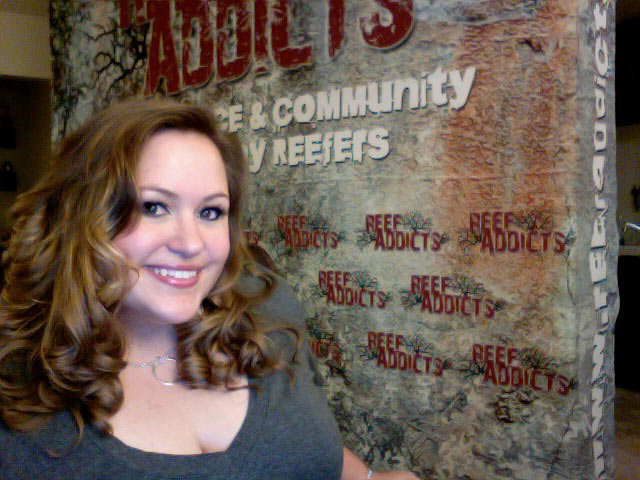 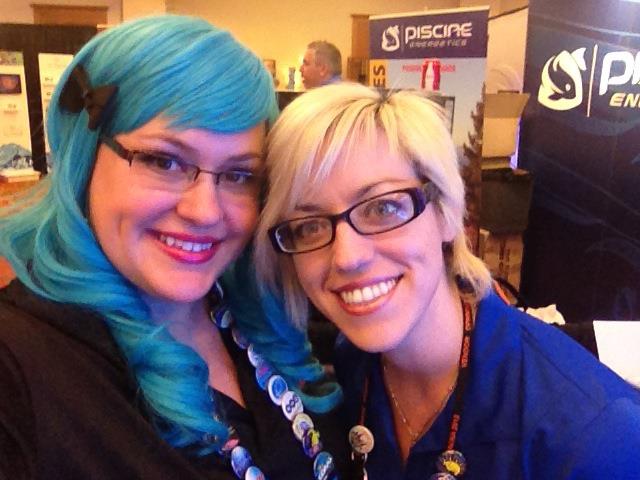 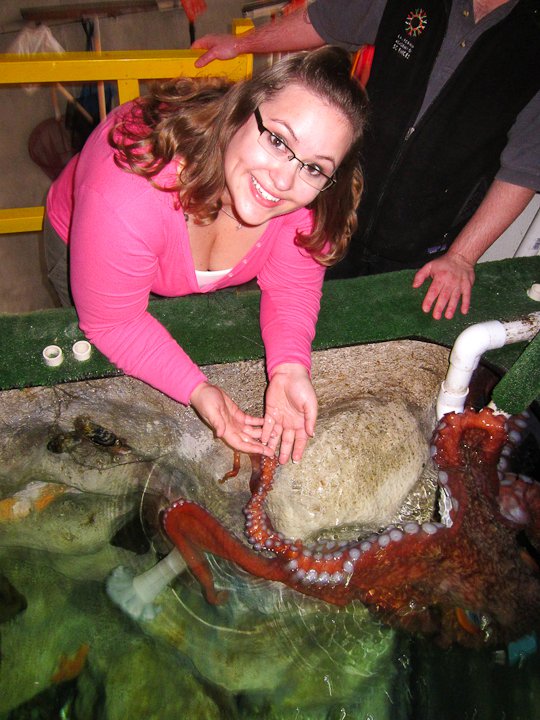 Jessy at California Academy of Sciences 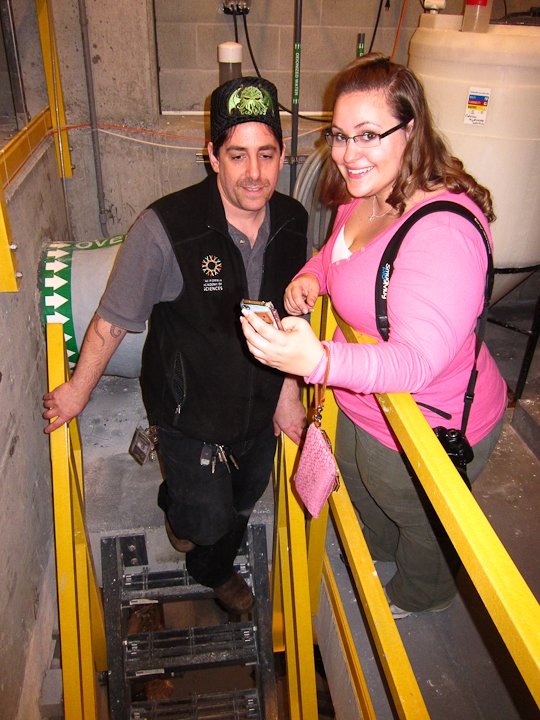 Jessy with Rich Ross at California Academy of Sciences 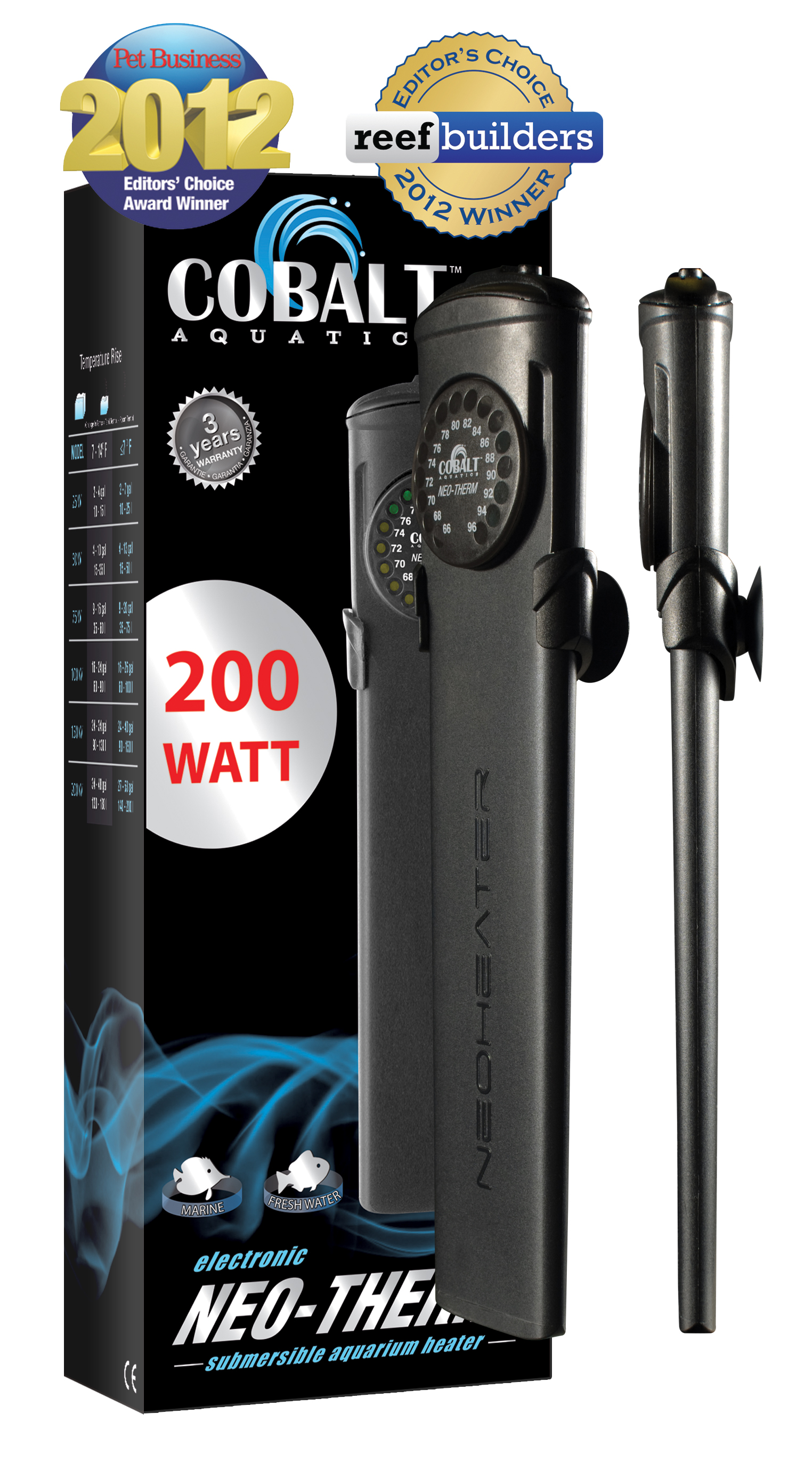