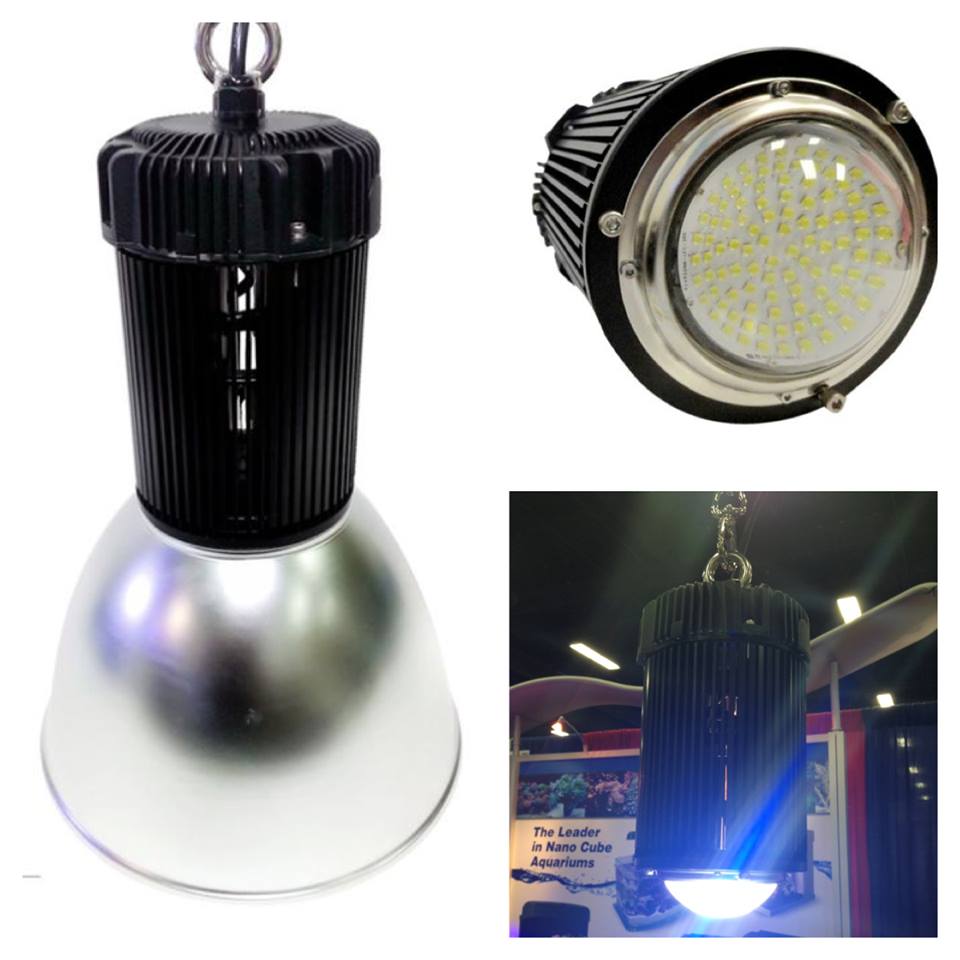 JBJ USA is making the most of their booth space at SuperZoo in Las Vegas by introducing a whole slew of new products. They’ve already shown off their new RL-20 Frag Tank, we’ve been told about a new feeder (more to come on that later), we’ve spied a large rimless aquarium (again, more on that later), and now they’re teasing us with a brand new pendant style LED fixture. This powerful LED comes in two different sizes, a 150 and 50 watt model, and will have a color temperature range of 16000 to 20000 Kelvin. Each fixture will include a lens and diode arrangement that has been designed by the folks at Edison-Opto specifically for aquarium use, though you won’t see many of these lights over your average mixed reef aquarium. Instead, the focus for this light will be on aquaculture facilities, public aquarium exhibits, and the largest of private reef aquariums.

The standard lens on the new JBJ LED is 100 degrees, but is focused down to 60 degrees when the optional reflector is used. The light can penetrate water depths up to 12 feet, while providing a sufficient amount of light for corals down to about 4 feet. PAR readings taken at various depths seem quite promising, with the 50w fixture hitting a reading 110 PPFD at three feet and the 150w model hitting 270 at the same depth.

JBJ promises more technical specs to come soon, and it’s likely that the light will become available in the next 2-3 months.