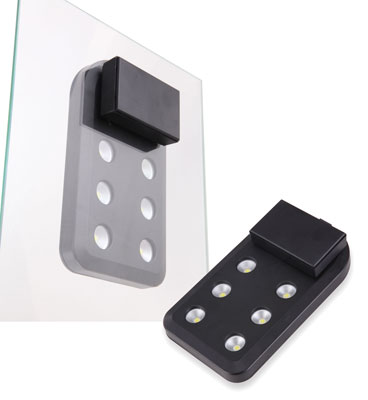 The nano enthusiasts at Innovative Marine are continuing their pre-MACNA product announcements with one more addition to their Auqa Gadget lineup. The MagnaFuge LED light fixture, as its name so perfectly eludes to, is a refugium light for the all-in-one Nuvo aquariums. It mounts directly to the back of the tank via neodymium magnets, and after a little peeling off of the black film, illuminates the rear chambers of the tank so that beneficial algae like Chaetomorpha can be grown. It’s not wholly dissimilar from other refugium lights available for AIO nano tanks, but its magnet mounts and powerful LEDs make it stand head and shoulders above the rest.

One of the major benefits of the MagnaFuge, besides supplying a thriving refugium with light, is the fact that it sits behind the tank, out of view. Lights mounted above a rear chamber refugium would be far too distracting, especially if the tank sits in your bedroom and prevents you from getting to sleep in a dark room.

In terms of firepower, this low wattage and small stature fixture maximizes its function by using a total of six 1 watt LEDs and 120 degree optics. The output is around the 6500K spectrum, which is definitely a good color for growing algae. The retail price for the MagnaFuge is set at $99, and we’ll be getting plenty of one on one time with it at MACNA next week. 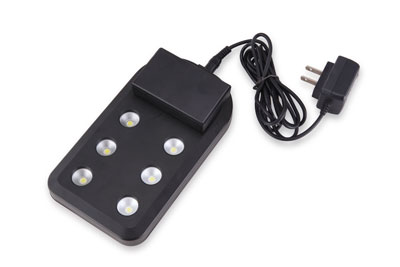 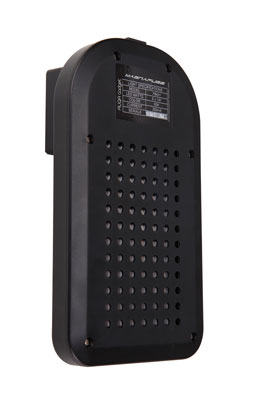