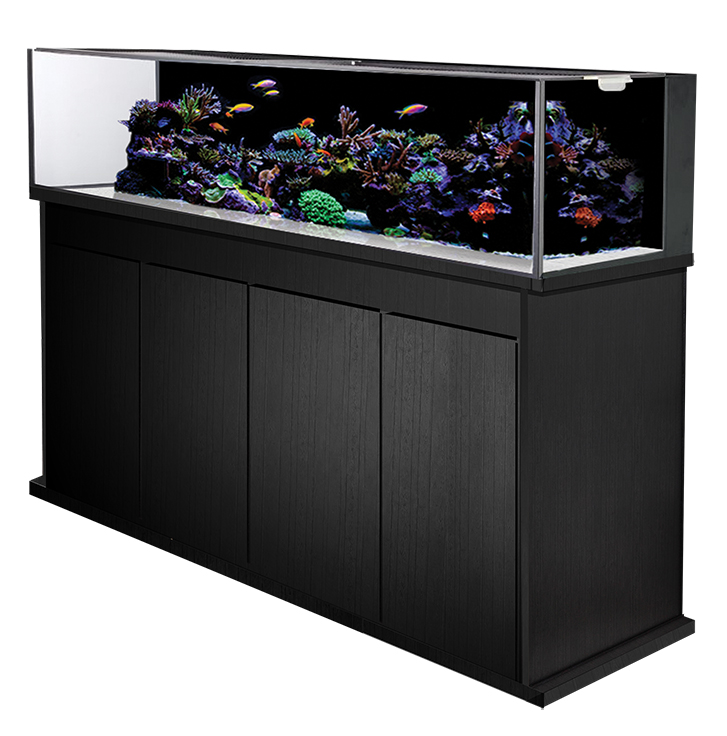 For years, all-in-one aquariums have been limited to small volumes and insufficient out-of-the-box features. Most of tanks that saw mainstream success stayed around 30-gallons or less, with just about all of them coming with inadequate filtration for a fully functional reef aquarium. Even adding extra equipment proved to be difficult, as the rear chambers of these tanks were often too small and the built-in lid limited what you could put in the back. Innovative Marine changed all that when they introduced their NUVO line of aquariums. The sleek, open-top aquariums had huge rear chambers for additional equipment, and they even made solid performing protein skimmers and media reactors that could easily fit. After a couple of very successful years, IM has expanded their initial lineup to include the all new Shallow Reef (SR) series, which was designed specifically from a hobbyist standpoint.

The new SR tanks come in three beefy sizes of 60, 80 and 120 gallons. Common features across all three models are ultra thick high clarity glass, black silicone, aluminum framed mesh screen, leveling rubber mat, and a robust filtration system. The rear chambers are fed by dual overflows and includes a pair of 4″ filter socks, a designated heater column, a designated skimmer/reactor chamber, between four and six return flare nozzles, and either two or three return pumps. The rear chambers of the NUVO SR can act as a refugium with the addition of IM’s MagnaFuge LED light, or they can house protein skimmers or media reactors. The possibilities are wide open thanks to the large chamber sizes. 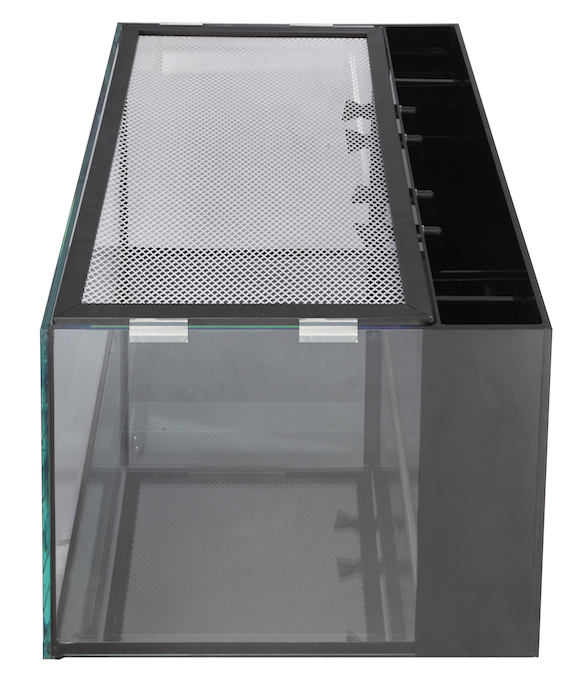 In terms of designing for the hobbyist, we spoke with IM reps multiple times and they gave us an impressive rundown. For one, the tank’s dimensions were carefully selected so that they offer a shallow tank with a large footprint. This allows hobbyists to have more front-to-back depth, which opens up a whole new world of aquascaping opportunities. The stand was also designed with the hobbyist in mind, as Innovative Marine wanted the tank to sit at the proper viewing height. So, they made the stand 40″ tall, which should be ideal for a large segment of the aquarium keeping population.

Between the tank and stand sits a black rubber mat. This feature is a late addition to the SR lineup, but because so many hobbyists place rubber or foam mats under their trimless aquariums, Innovative Marine felt that they should provide one that blends into the overall design of the NUVO SR. Too often, aquarists use white foam, which obviously stands out like a sore thumb. So, the heads at IM decided to eat the cost of the foam, which may not be much, but it’s just one more way they have shown their commitment to the hobbyist.

One of the last hobbyist driven features that we noticed was the framed mesh cover for the top of the tank. This is always an afterthought for hobbyists who lose fish, and it seems those DIY jobs never quite look perfect and often distract from the overall look of the tank. Again, in keeping with the design feel, IM created one for the hobbyist, and it blends in so nicely with the rest of the tank that it’s almost unnoticeable until you’re hovering over the tank itself.

One last feature that’s definitely worth mentioning is IM’s collaboration with other manufacturers to provide the best aquarium they can for their customer base. In the ever competitive business side of the aquarium industry, we don’t often see collaborations between manufacturers. Instead, we typically see a single manufacturer making a wide variety of mediocre items in an attempt to keep everything in-house and shun the competition. While this may be the trend in many situations, we are very happy to see Innovative Marine step outside of that box with their new NUVO SR all-in-one aquariums. IM has brought in the best minds that the aquarium industry has to offer for their aquariums, and for their promo video, they have included the Radion LED fixtures from EcoTech Marine, eco-friendly live rock from Real Reef, corals from Farside Tropicals, and captive bred clownfish from Sustainable Aquatics. While none of these items will come with the tank, they certainly do spruce it up a bit.

We are very excited about the NUVO SR aquariums, and from what we’ve heard, so is the rest of the aquarium keeping community. At MACNA, IM sold a ton of these, and they plan to fill aquarium stores with them so customers can see them in the flesh instead of just having to order them online. 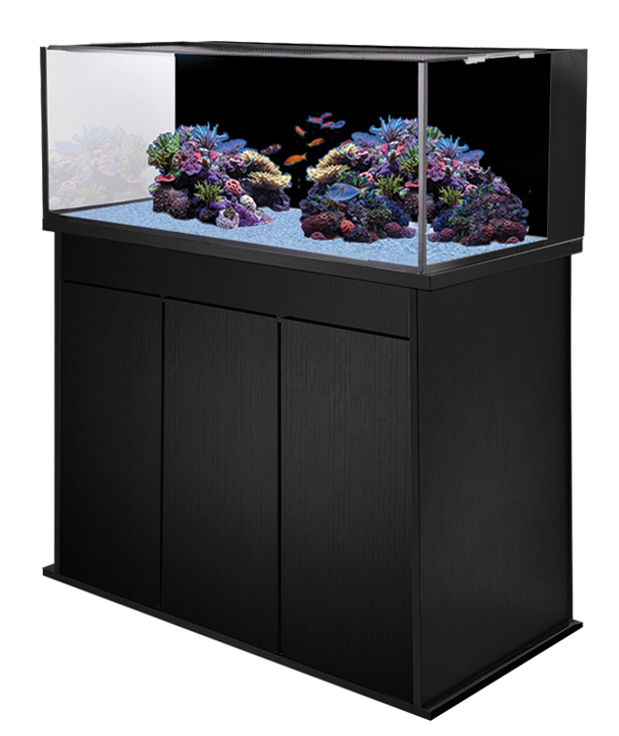 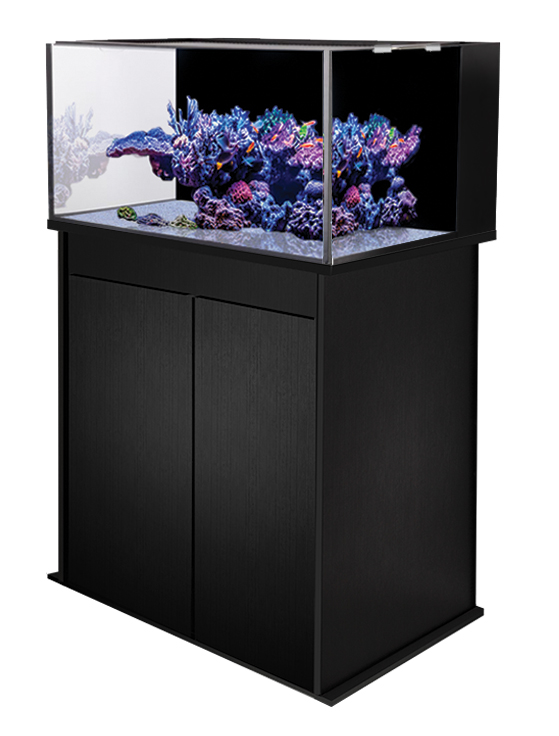