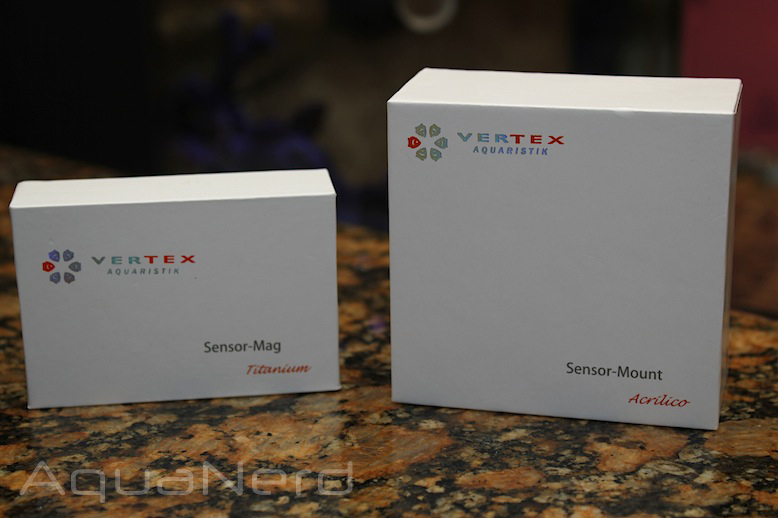 Aquarium controller probes, such as those that measure pH and temperature, don’t exactly bask in the spotlight of aquarium keeping. They often live their days down in the sump, out of sight until one of them stops working properly. Given their importance, and the fact that most sumps (except custom built) don’t come with probe holders, shouldn’t we dress them up a little with some fancy accessories like the Vertex Sensor Mag and Sensor Mount?

Both the Sensor Mag and Sensor Mount hold three standard sized aquarium probes each, allowing hobbyists to place them in multiple locations to best measure water parameters. The Sensor Mag, as its name suggests, uses a magnet mount system to stick the probes virtually anywhere in the aquarium’s filtration system. This magnet has the same clean look as the Cleaner Mags, but instead of scraping algae, it obviously holds probes at the proper water depth. Speaking of holding probes, a set of titanium screws secure eac probe into place so that nothing can knock them out of position. 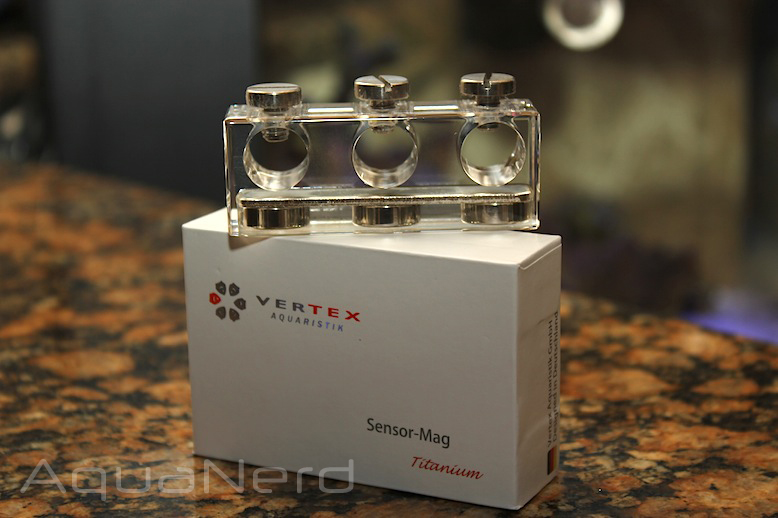 The counterpart to the Sensor Mag is the Sensor Mount. It serves the same general purpose of holding aquarium probes in place, but instead of using magnets, it’s actually a small acrylic rack or sorts. The Sensor Mount clips onto a thin baffle, for example, and cannot be adjusted for depth. We really picture this setup as being perfect for the rear chambers of nano aquariums that use aquarium control systems, or for hobbyists who prefer placing their probes inside the bubble traps in their sumps and refugia. To put it simply, It’s a very straightforward, budget-friendly probe holder that doesn’t take itself too seriously, and we can certainly respect that. 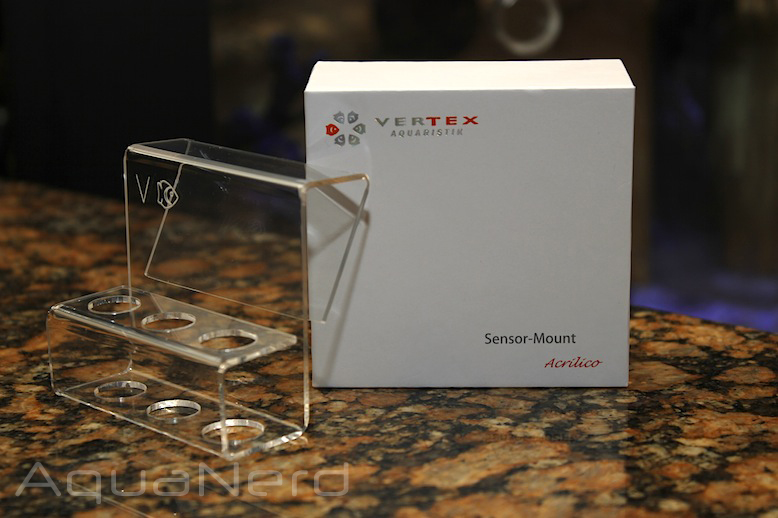 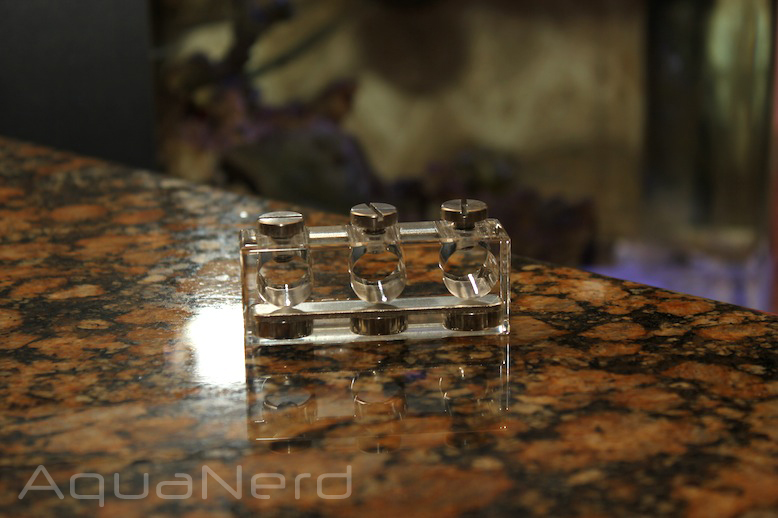