Trending
You are at:Home»Aquarium Livestock»Julian Sprung’s Mangrove Tanks Make Us Fall in Love with the Display Refugium 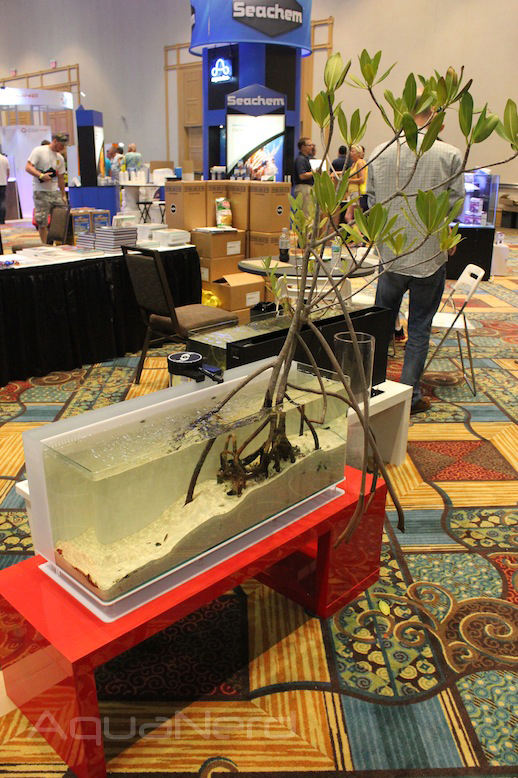 Julian Sprung is literally a legend in the aquarium hobby, so when he does something even a little bit outside of the norm, people (like us) pay close attention. Such is the case for his Two Little Fishies booth at MACNA. Julian’s display included his usual offering of TLF products, as well as several books that he’s had some hand in, but his fish tanks are what really caught our eye. Instead of showing off packed reef aquariums, Julian had display refugia, each full of huge mangrove trees. Unlike traditional refugia, these didn’t have a chaotic look. Instead, they actually looked very well kept with a modern minimalist feel, making us fall in love with the concept all over again.

Display refugia are no new thing. People have been doing them for many years. Mangrove setups aren’t new either, but the way that Julian displayed them at the conference just felt so fresh. Maybe it’s the nostalgia kicking in, or maybe we’re just excited to see something different. Regardless,  we love using mangroves, but our biggest issues have always been those of height limitation when they were in a traditional style sump. With these setups, which are nothing more than Nuvo nano aquariums full of sand, the intricate root systems can be viewed in all of their splendor and the tops of the trees can grow as high as they want. 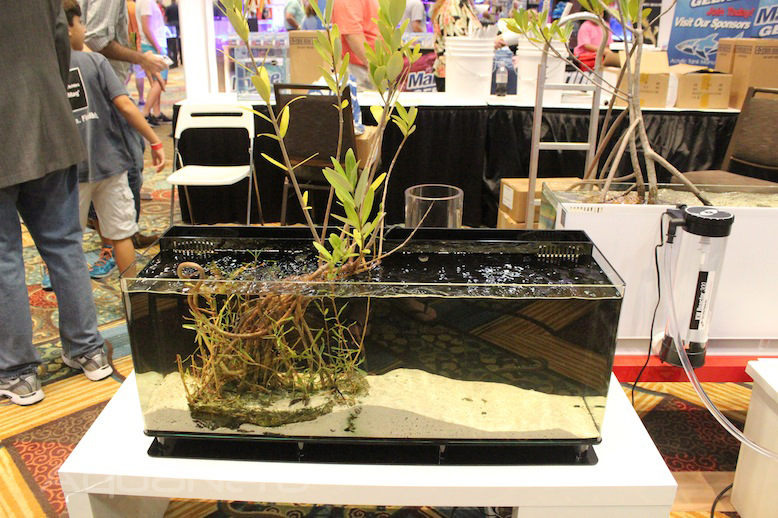 Mangroves aren’t just interesting marine flora to look at. They serve two very specific and beneficial functions. They take up nutrients like nitrate through their elaborate root system and they provide a natural habitat in which small fish can hide from predators. As a display, they can be grown into a very unique layout that blends corals with elaborate plant growth.