Trending
You are at:Home»General»When You’re an Aquarium Nerd, You Notice Aquariums Everywhere 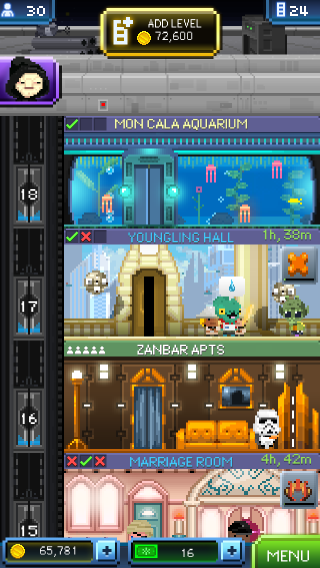 Many times, we reach for our smartphones to get away from the immediate environment that surrounds us. This typically consists of playing handheld games, browsing Facebook, or sending messages back and forth with aquarium buds. While we fully expect a timeline full of aquarium stuff on social networks and texts relating to them as well, we wouldn’t expect to find them in our phone’s games, which is exactly what happened to me last night

Being a Star Wars geek, probably like many if you, I came across a game called “Star Wars: Tiny Death Star” and decided to see what the free game has to offer. I delves into the gameplay, which turned out to be almost like a Sim City type app that let’s you build a tiny Death Star level by level. There are multiple types of levels that include apartments, recreational areas, restaurants, Imperial sections, and a few more.

As you progress through the game, you add level by level until I guess you just get bored of it. Regardless, I added a recreation level to my growing “small moon”, which turned out to be an aquarium. Surprised and excited by the find, I quickly populated it with employees and let the game run it’s course. Now, there hasn’t been anything exciting about the level that isn’t found on any of the others, but we thought it was a fun discovery that helped us reflect on just how aquarium addicted we are.

As for the gameplay, it’s ok if you are a Star Wars fan, but not so much if you aren’t. To put it simply, it is extremely repetitive. 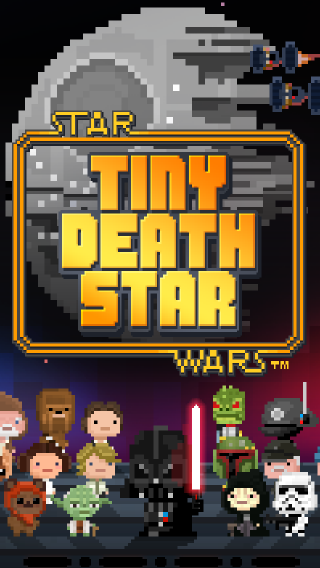