Trending
You are at:Home»General»Call of Duty: Ghosts Reef Scene is Amazing on Xbox One 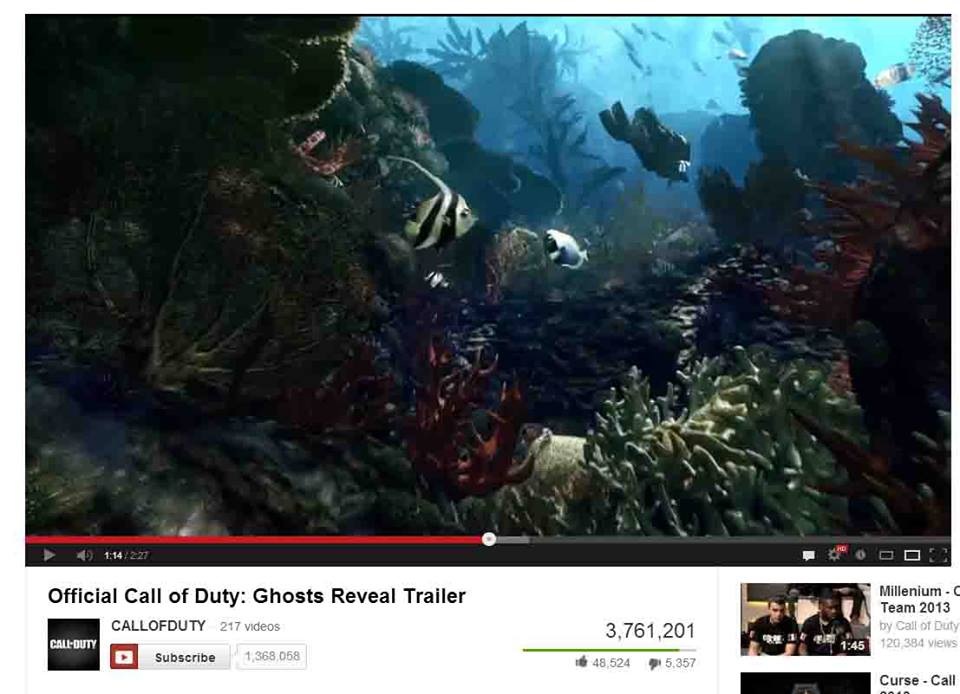 Way back in May, we caught wind of an underwater scene in the video game, Call of Duty: Ghosts, in which the playable characters get to dive into a luscious reef scene to engage the enemy. Being aquarists and video game junkies, we filed that into the back of our finds, only to get a fresh reminder of that scene over the weekend when playing Call of Duty. Armed with an Xbox One, which has been chewing up a lot of our spare time lately, we flew through each level, eventually stumbling upon this beautiful part of the game. Instantly reminded of the original article we wrote, we knew this would make for the perfect follow up.

The scene opens at the mouth of a cave, in which your two-man team enters as they try to find a way to attack a special enemy ship from below. As your character exits the cave, you are greeted with tons of reef life that includes everything from corals and fish to sea urchins and sharks. The corals all look great, and the fish are surprisingly accurate in appearance. We spotted yellow tangs, copperband butterflyfish, powder blue tangs, regal angelfish, and heniochus butterflyfish. At a couple of different points, my character was attacked and killed by a shark, which obviously prompted the mission to start over.

Unfortunately, the reef scene portion of the level was quite short, as most of the action took place in the ruins of ships and lighthouses. Still, it was very interesting to see the beauty of the reefs in a popular video game.