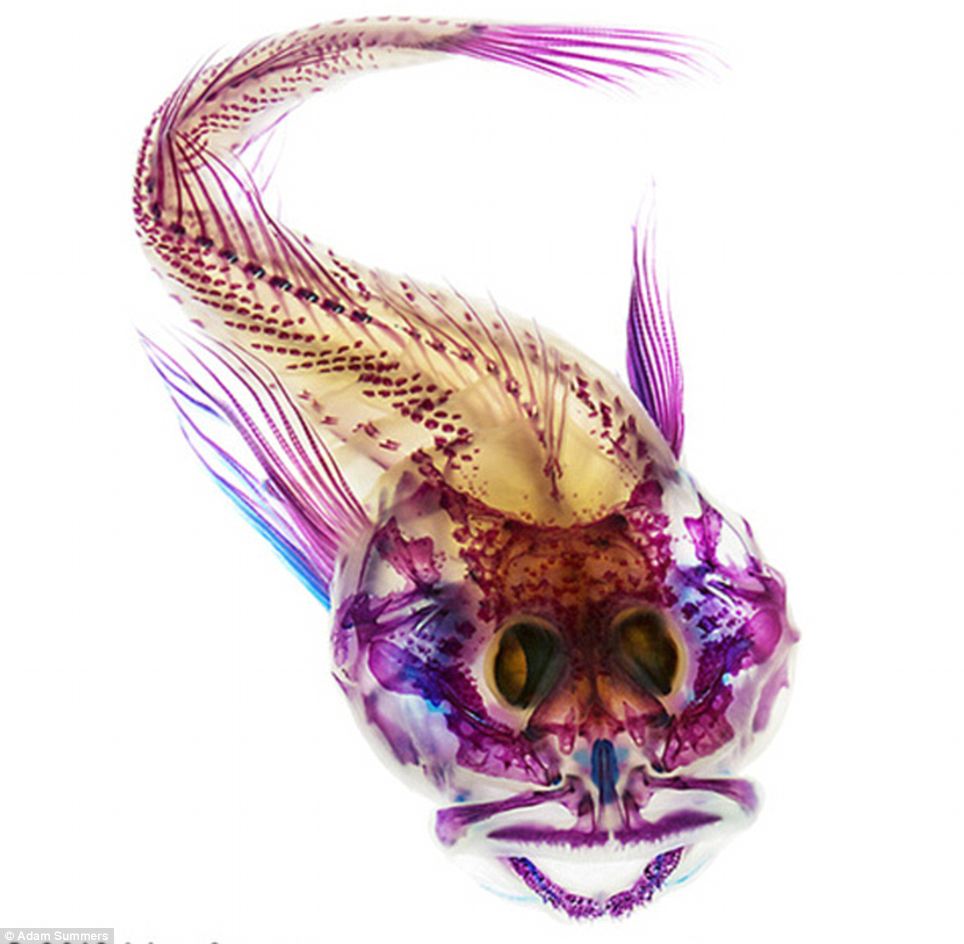 We have known all along that fish can make for some beautiful art subjects. We try our hand at it regualarly, often resulting in some halfway decent photos that occasionally make it onto the blog. All of our efforts, however, dramatically pale in comparison to this recent project by Professor Adam Summers, associate director of Comparative Vertebrate Biomechanics at Washington University. His work literally blows away our perceptions and takes aquatic inspired art to amazing new levels. According to the Daily Mail, Professor Summers collected fish from various fish studies and proceeded to stain with with Alcian Blue and Alizarin Red S dyes, which stain cartilagious parts of the body and tissue respectively. Following the dye, the fish were bleached in hydrogen peroxide to remove dark pigmentation, the flesh was dissolved using a digestive enzyme, and the fish were made transparent by soaking them in glycerine. This series of steps removes all but the skin, skeleton and connective tissues, leaving behind a nearly transparent fish that has bright red and blue internal structures.

There’s not a whole lot left we want to say about this story, simply due to the fact that we think it would detract from the photos themselves. The only remaining detail we care to point out is that there are currently 14 of these fish on display at the Seattle Aquarium for all to see first hand. 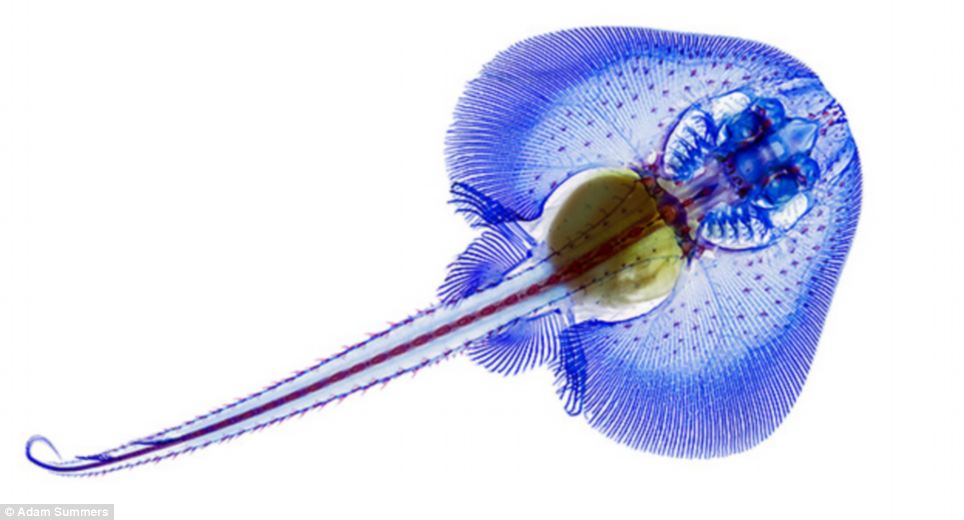 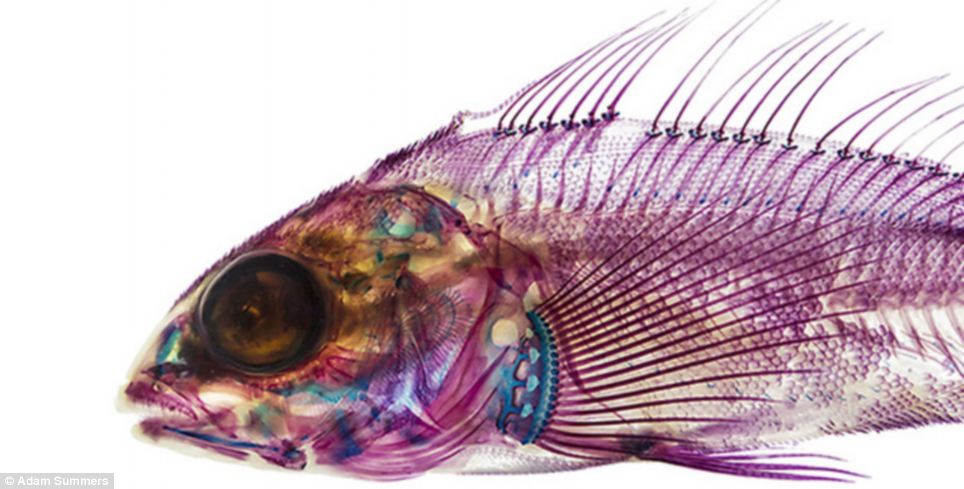 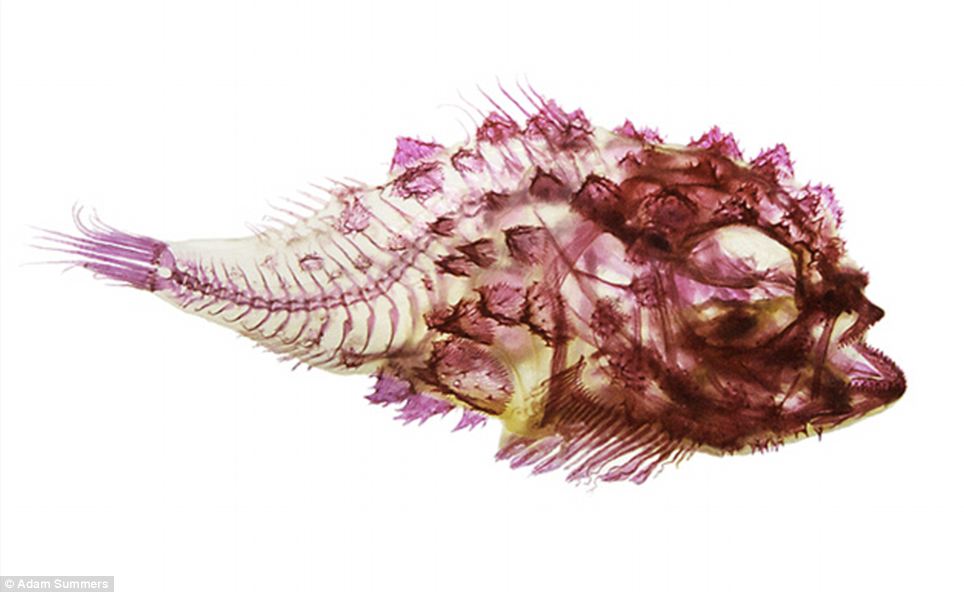 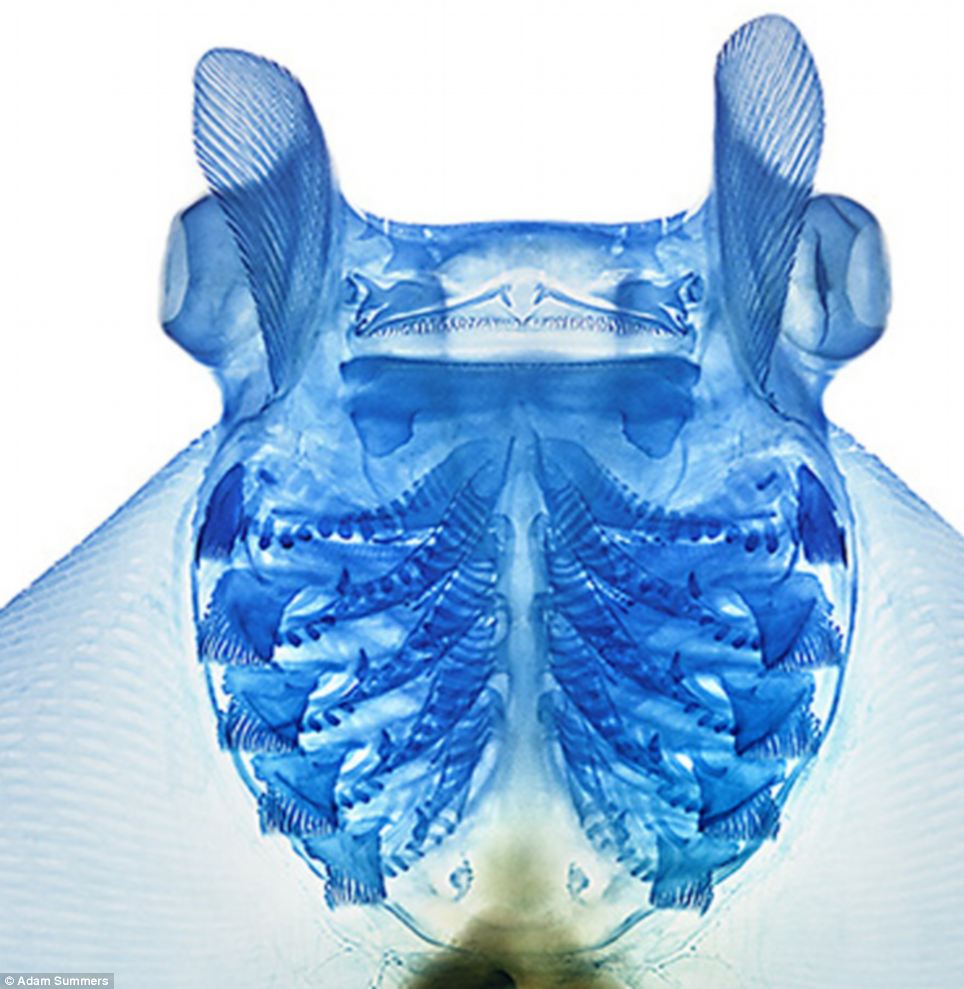