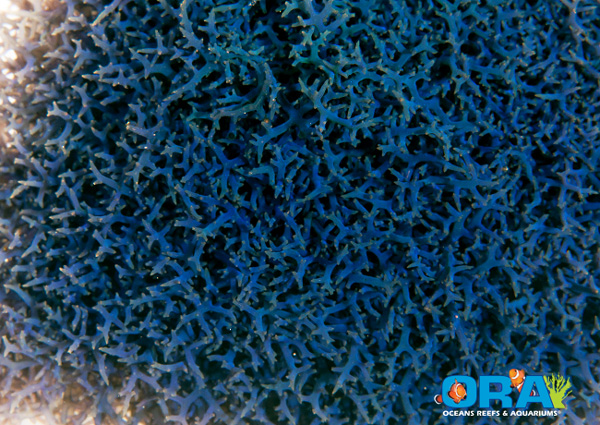 Oceans Reefs & Aquariums is putting the final touches on their already extremely busy year with the release of one final product for 2013. Called the ORA Blue Hypnea, this isn’t a new fish or coral. Instead, it’s an algae. Yes, an algae, but it’s not your regular old run of the mill green stuff that you can’t seem to get rid of. The Blue Hypnea (Hypnea pannosa) is a Micronesian algae that sports a beautiful blue coloration that would rival the look of even the most stunning of flame tongue algae.

According to ORA, the Blue Hypnea grows in very dense, matted clumps that will anchor to the substrate. It isn’t a fast grower (what highly sought after coral or algae grows quickly anyways), and it does best under moderate full spectrum lighting.

ORA hasn’t revealed a date in which it expects the algae to show up at retailers, though we assume that it’s already on the price list. Regardless, I’m sure we’ll be seeing this lovely algae showing up in no time.