Trending
You are at:Home»Aquarium Equipment»Popularity of Tanked Show Not Enough to Drive Additive Sales? 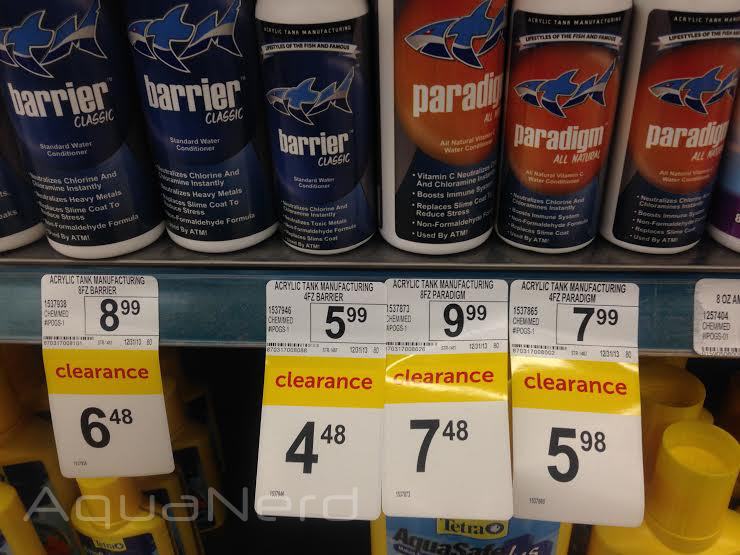 It would appear that the mega-matchup between one of the largest pet retailers and one of the most widely recognizable aquarium building companies isn’t one made in heaven. A little more than two years ago, Acrylic Tank Manufacturing, who became a household name after their show “Tanked” started showing on the Animal Planet, announced that they were releasing a set of aquarium additives that the public could purchase from their favorite local fish store. Said to be the same stuff they use on tv, the products consisted of numerous different things that were supposed to make the water in your tank instantly inhabitable by hoards and hoards of fish. Shortly after the product’s release, it was picked up by Petco and distributed all throughout the US. Unfortunately, at least for the ATM crew, the supplements didn’t quite fly off the shelves like they were expecting.

Coming as no surprise to us, or many different aquarists for that matter, sales fell off and Petco had to put the product on clearance just to get it off the shelf. Interestingly, we’ve been sent several images like the one above showing that this isn’t just the case at one or two Petco locations, but stores all over. Admittedly, we do not know the actual sales numbers for these products, and in all honesty we don’t care, but it is easy to assume that they just aren’t doing well enough to stick around.

We don’t like to see products or companies fail, but there’s just something that puts a leaves a bad taste in our mouths when it comes to ATM, especially with how they’ve pitched aquarium keeping to the rest of the non-enlightened world.

Now, we’ll be the first to admit that the show has been very popular and has driven a lot of people toward this hobby, but the Tanked television show is just downright aweful from a hobbyist’s perspective. Couple that with the fact that most true hobbyists avoid Petco for the most part, at least that’s our assumption, and there should be no surprise that the ATM additives failed to last in this industry. We don’t even know of a local shop that carries the product other than a Petco, and with such competition there is online, again, it comes as no surprise that the product has not done well.

This hobby is driven not by the casual hobbyist whose trip through the process lasts a year or less. It is the seasoned veterans who have been at it 5, 10, 20 years who run this show, and it’s those guys and gals who avoid gimmicky additives and television shows like this.