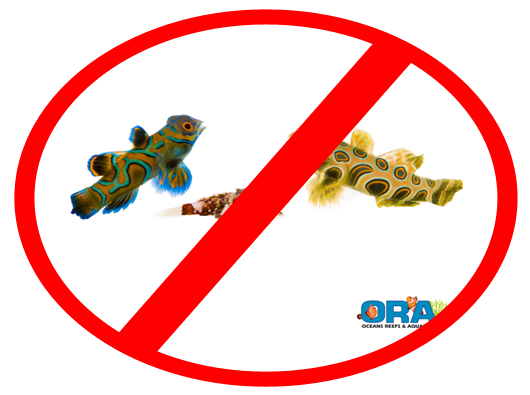 It would seem that the recent musings of Scott Fellman, longtime figurehead in the marine aquarium hobby and co-owner of Unique Corals, on captive bred fish have really struck a nerve. In a recent posting on his company’s Reef2Reef forum page, Scott shared a little of his frustrations about the virtual disappearance of captive-bred mandarin dragonets from Oceans Reefs and Aquariums (ORA). In a nutshell, he was told by an ORA rep that the dragonet breeding program had essentially been shelved due to the lack of support from aquarium hobbyists. This was due to the fact that wild-caught mandarins were far too cheap for the captive-bred variety to compete with. With regards to this news, Scott went on to say “that sucks”, and offered up a thorough virtual “spanking” of the aquarium hobby as a whole…and we completely agree with Scott one billion percent!

To clarify, this is not in any way a reflection on ORA or any other organizations or individuals that breed marine ornamental species or support captive breeding efforts. Instead, this is a look at why aquarium keepers still continue to purchase low-quality wild-caught livestock.

Scott’s article highlights the big reason why captive-bred fish still see so many hurdles…and it’s purely financial. After all of the initial excitement wore off, hobbyists by and large avoided buying them because they were $40 or more per fish. Alternatively, wild-caught mandarins of all shapes and sizes could be had for half that, or even less.

But it isn’t like hobbyists are broke. In fact, this hobby requires a huge investment of money up front, along with a huge continued investment as the tank runs. The monthly costs of maintaining an aquarium are astronomical, with high electric and water bills coupled with having to buy replacement light bulbs, more aquarium supplements, and tons of other consumables really making a huge dent. Based on that argument, one might say that they understand why someone would buy cheap, low-quality livestock. But that’s not the whole story.

After sinking a fortune into even a moderately equipped setup, hobbyists also shell out big bucks for all sorts of corals, if nothing more to say that they have a Limited Edition (LE) frag of the latest and greatest coral. As Scott says in his posting, We think nothing of shelling out hundreds of dollars per “eye” (they are NOT EYES! They are MOUTHS! Sheesh!)…”

Scott goes on to give accolades where due, mostly to the huge amount of captive-bred clownfish in the trade. But I don’t think our hobby is anywhere close to getting the praise everyone thinks it needs. Clownfish are one of the few fish that the aquarium hobby can be proud of. We accomplished that feat, but that’s just one fish out of thousands. Now, it should be noted that many companies and individuals are making great efforts to raise more fish to a commercially viable number, but if the hobby responds to them like we did to the mandarins, then what is the point?

We, the aquarium hobbyists, need to support captive-breeding 100% of the time. It will cost us more money, but in the long run, it will help us out significantly. We will rely on wild-caught fish less, and any legislation that will target species commonly collected for the trade will have a minimal impact because we are breeding those fish in captivity.

In closing, we’d like to yell out a huge BRAVO to Scott Fellman for talking about this. This amazing insight has opened up a great discussion that we all knew we had to have. [wb_fb_f name=”Scott Fellman” id=””]