Trending
You are at:Home»Aquarium Equipment»When an Aquarium is Too Big for the Doorway…Build It On Site 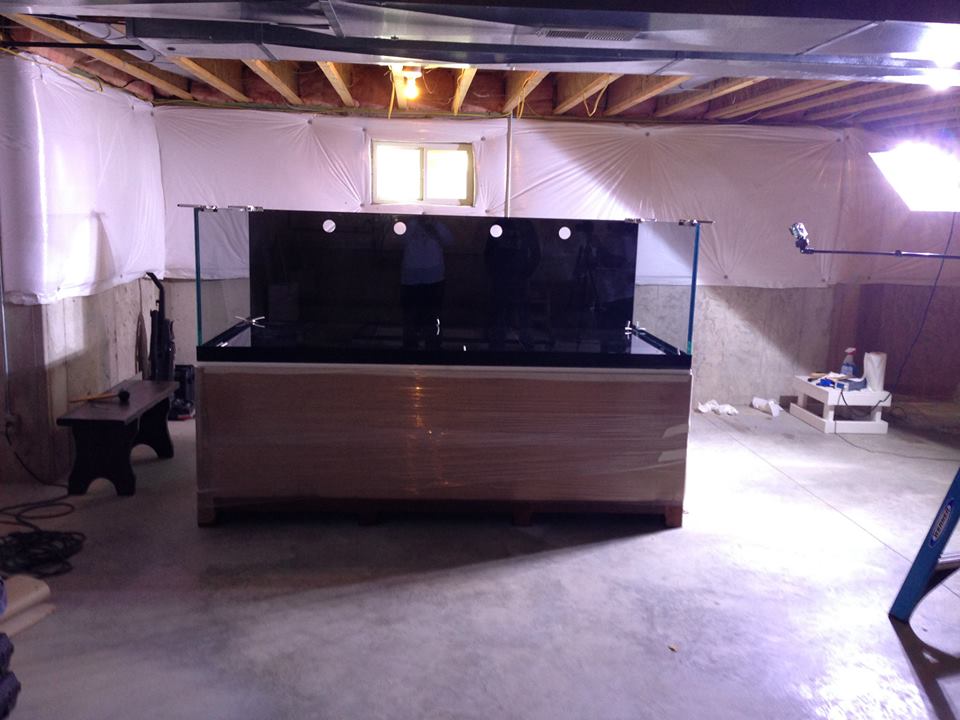 What happens when you build the tank of your dreams and it won’t fit through the door, window, or any other opening in your house? Well, you could cut a hole in the wall or remove a window to make it fit…or if you employ the services of Reef Savvy, perhaps you could have the tank built on location. That’s precisely what happened for one Ohio hobbyist, who had a mammoth tank and stand assembled in their basement by the popular aquarium building crew.

The 600-gallon tank may seem somewhat modest by today’s standards, after all it’s not that uncommon for hobbyists to house 1000-gallon and up systems (total water volume) in their home that require cranes and all sorts of special equipment just to install. But this 600-gallon beast presented a unique problem in that it has such a large footprint. Measuring 96″L X 48″W X 30″H, there’s no way you could squeeze it into a doorway and especially down into a basement. Sure, you could turn the tank on its side, but how do you make a 90 degree turn with an 8 foot long aquarium? It just doesn’t happen.

So, Reef Savvy packed up a crew of their finest, made the trip north to Ohio, and built the tank right there in the basement. The tank was delivered sheet by sheet and pieced together on top of the stand. Once all was said an done, the 600-gallon featured three sides of low iron glass, a double Phantom bottom, a poly-coated aluminum bracing around the top, and a dual 24″ Ghost Overflows.

Obviously the tank isn’t fully set up and loaded with corals yet, but the fact that Reef Savvy built the tank on-site is interesting enough all on its own (at least to us). We’ve included several images of the build in the gallery below. 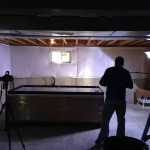 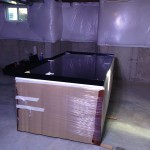 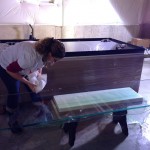 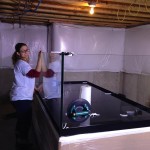 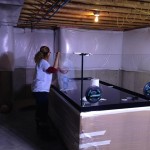 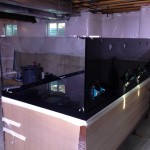 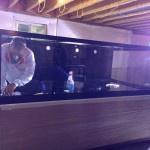 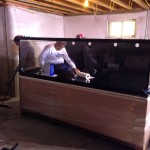 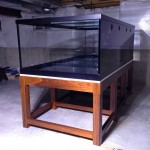 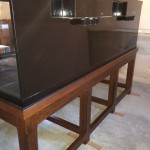 Special thanks to Felix for sharing this recent adventure with us.