Trending
You are at:Home»Aquarium Livestock»Some Crazy Mushrooms at A Reef Creation 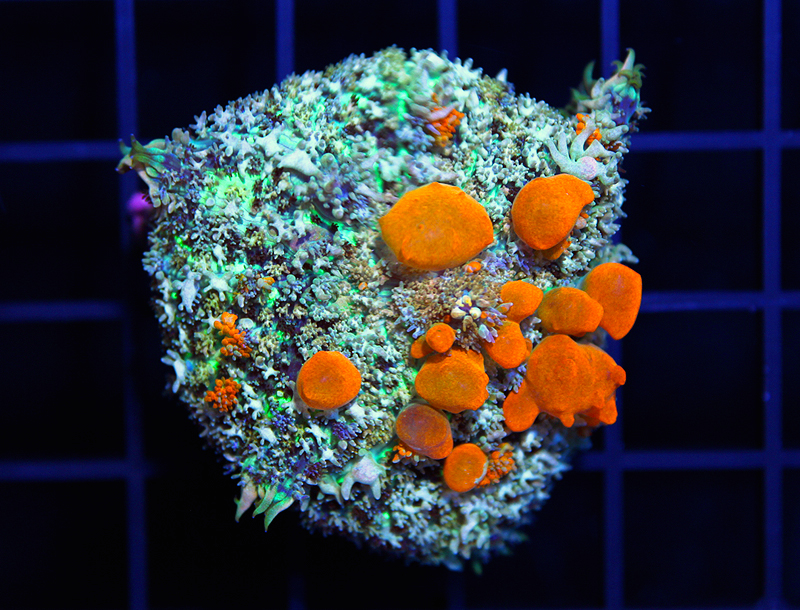 To say that mushroom corals are hot right now would be a severe understatement. It would be more fitting to say that they’re on fire! The aquarium trade has become insanely enamored with the soft corals as of late, with the corallimorphs getting tons of exposure on vendor websites, social media, and the reef forums. We’ve seen the frenzy get so great that some mushrooms have sold for over $1000 a pop. Thankfully, this isn’t quite the norm as far as pricing goes, but it isn’t uncommon to see a single mushroom top three digits in the price department, often climbing well into the $200-300 range. One such mushroom that is captivating aquarists is the St. Thomas mushroom, like the one shown above. These ‘shrooms have a fuzzy appearance, and some have insane coloration that cause us all to stop and do a double take.

This mushroom comes to us from A Reef Creation, who had originally posted it on . While no price was attached, and ARC doesn’t have them listed in their site, we’ve seen plenty if lookalikes that are spelling for $200-250 per, so it’s probably safe to assume these will be up around there as well.

Honestly, it’s a bit too much for my blood, but definitely an awesome mushroom.