Trending
You are at:Home»Aquarium Events»MACNA 2014 Adds Trio of Marine Scientists to Speaker Lineup 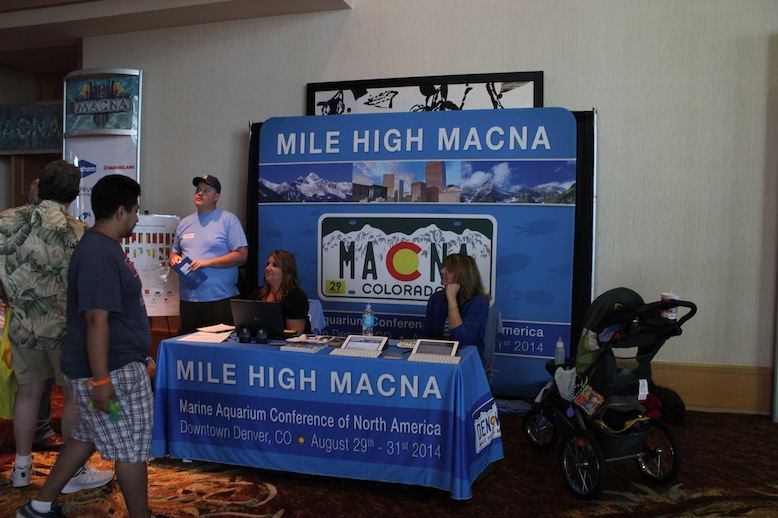 MACNA is always a gathering point for great minds of the marine aquarium world, with the usual all-star cast of guest speakers unleashing all sorts of knowledge on the wide-eyed audience. In that respect, MACNA 2014 looks to be no different. But where we normally see a guest speaker list that consists of well-known figureheads of the hobby mixed in with awesome local talent or folks that aren’t so well know but are doing phenomenal work, this year looks to change things up a little. MACNA 2014 will add three marine scientists to the mix whose disciplines overlap in various ways with the hobby.

A full description of each speech is outlined below in MACNA’s press release, but to summarize, Dr. Todd LaJeunesse will focus his talk on coral-algae symbiosis, which we all know to be the relationship that corals develop with zooxanthellae algae. The second of the trio, Dr. Charles Mazel, will lecture about coral fluorescence and how it relates to the wavelengths of various light sources, but primarily LEDs. And lastly, Jamie Craggs, who is the Curator of Aquatics at the Horniman Museum and Zoo in London, will discuss coral spawning in captivity and how he has been able to get corals to spawn pretty much on command.

Continue below for snippets of the press release.

The MACNA 2014 committee is proud to announce an exceptional selection of pioneering academic and scientist speakers to enrich the lineup of presentations. MACNA is a conference created and produced by avid saltwater aquarium hobbyists, a fact which is well represented in our speaker lineup of many professional aquarists.

However there is a huge pool of reef biology and ecology knowledge in the scientific community that we are excited to be tapping into for this year’s conference. In addition to our exciting Keynote speaker Dr. Luiz Rocha, we are proud to announce three more academics from various fields of coral, reef and aquatic sciences.

Dr. Todd LaJeunesse is one of the most pioneering researchers in the field of coral-algae symbiosis and his methods are used everyday around the world to characterize the different “species” of Symbiodinium known as ‘Clades’ and ‘Sub-Clades’. Symbiotic corals are an ecosystem unto themselves and we aquarists can learn a great deal by understanding more about the different types of zooxanthellae, how they interact with our corals and the myriad ways that coral and reef health is closely tied to the community of Symbiodinium present within them.

Dr. Charles Mazel is the founder and lead researcher of NightSea, a company which focuses on fluorescence viewing and imaging technology. Like Symbiodinium, there is a lot we can learn about corals from the fluorescence that our corals display. With the advent of more and specific LED colors in the progressive reef aquarium lighting space, it is now commonplace for reefers to discuss light colors in terms of specific wavelengths and peaks, all of which have corresponding fluorescence excitation characteristics. If you’re a fan of multicolors LEDs to bring out the best color in your corals, you definitely wont want to miss this exciting presentation by Dr. Charles Mazel.

If ground-breaking work with coral spawning is more your thing, then you’re going to love the presentation by Jamie Craggs. Jamie is the Curator of Aquatics at the Horniman Museum and Zoo in London who made waves this year by spawning Acropora in an aquarium this year. Coral spawning is not that rare in small captive aquarium setups but where Jamie stands out is that he did it on purpose on the first try! By faithfully reproducing nearly all environmental parameters of natural reefs and their cycles in an aquarium environment, Jamie succeeded in spawning Acropora valida and even timing when they would spawn to within days. If you think “Limited Edition” corals are exciting, just you wait until we begin building on Jamie Cragg’s work to spawn and rear truly unique new strains of corals that are not even found in the ocean.