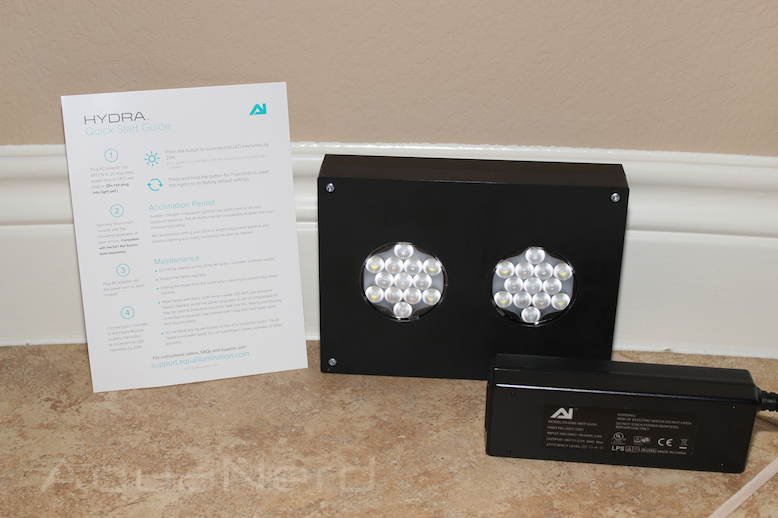 AquaIllumination unveiled its latest offering to the world, the Hydra TwentySix back in May at Interzoo 2014, and we’re super stoked to say that we’ve gotten our hands on one to play with. The TwentySix is a smaller version of the popular Hydra FiftyTwo, equating to half of the flagship fixture while retaining all of the great features that made its big brother such a crowd pleaser. Instead of four LED pucks, the TwentySix sports just two, which combined with its 80 degree optics give the light a 24″x24″ spread that is quite powerful. The LED lineup is made up of a combination of Cree XP-G2 White, Cree XT-E Royal Blue, Osram Very Deep Blue, SemiLED 415nm Violet, SemiLED 400nm UV, Osram Oslan Deep Red, and Cree XP-E2 Green…and all of them are controllred through the same wireless tech that is featured in the other two AI models. This gives the TwentySix instant out-of-the-box compatibility with the AI Director and the AI Controller, which obviously give wireless freedoms to the user. But we’ve already poured over all of those details in our initial coverage, so we’ll forego any additional tech specs and get down to our impressions of the light. 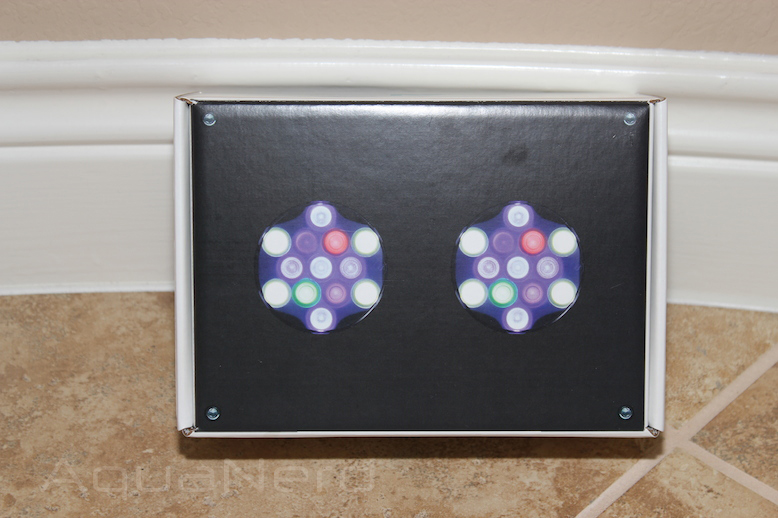 Upon removing the light from its cardboard prison and freeing from its plastic shackles, we instantly noticed that the TwentySix meant business. Although it is small, it’s extremely capable of handling any tank thrown its way. Mind you, the same powerful LEDs that grace the FiftyTwo are present in the TwentySix, there is just fewer of them. That’s a notion we were quickly reminded of when powering the fixture. Plugging it in, we didn’t think to look away, so we got a full dose of the light’s power right to the corneas. After shaking off the blind spots and the bluriness, we got into the features of the light. 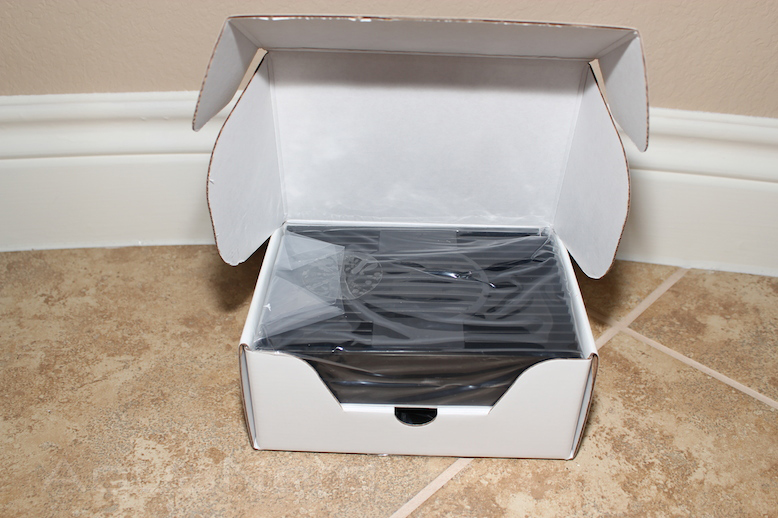 As far as the housing goes, the TwentySix is made from the same exact materials as the Hydra and the FiftyTwo, which is basically an aluminum heatsink wrapped in a plastic shell. A small fan sits atop the light, helping to move air across the heatsink to better dissipate any heat. Besides that and the power port, there’s really not much to describe except for the amazingly handy dimmer button located on the back of the fixture. The fixture, at max power, is crazy bright. Our burned retinas can prove that. But on the back of the TwentySix is a small button that increases the intensity of the light in 20% increments, starting at 0% and stepping up to 100% with a number of button pushes. We found this to be very useful when demoing the light over a small aquarium, but the idea behind the feature is to act like a light acclimation device for your aquarium. When putting a new light on your tank, especially as one as the TwentySix, you’ll likely suffer through some photoinhibition of the corals, which many refer to as burning of the corals. Long story short, there is too much light and photosynthesis stops, leading to bleaching and eventual coral death. This button solves all those problems, assuming of course you don’t already have a controller or any of the AI wireless hardware to control the lights. 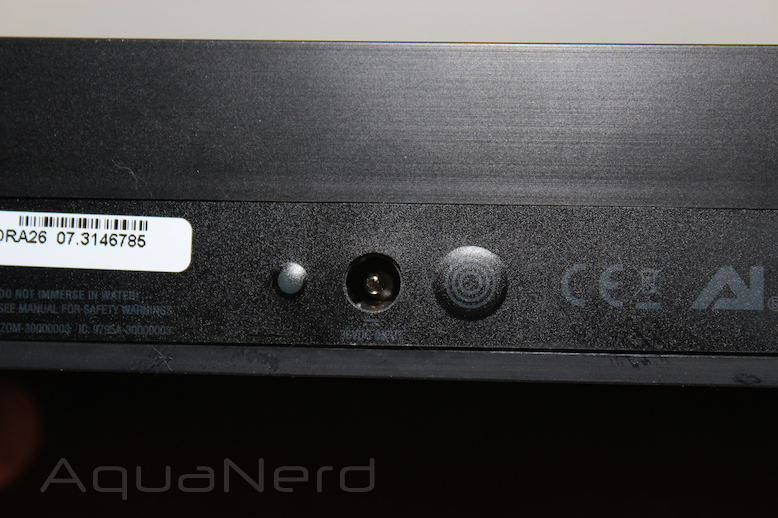 We are still very early on in our testing of the TwentySix, as we just got the light over the weekend, but so far all signs are pointing toward a very positive review over the long term. Speaking of which, we’ll be updating the review over the next few weeks to include some of the wireless features with the AI Director and Controller, along with some videos of the light in action. Until then, stay tuned. 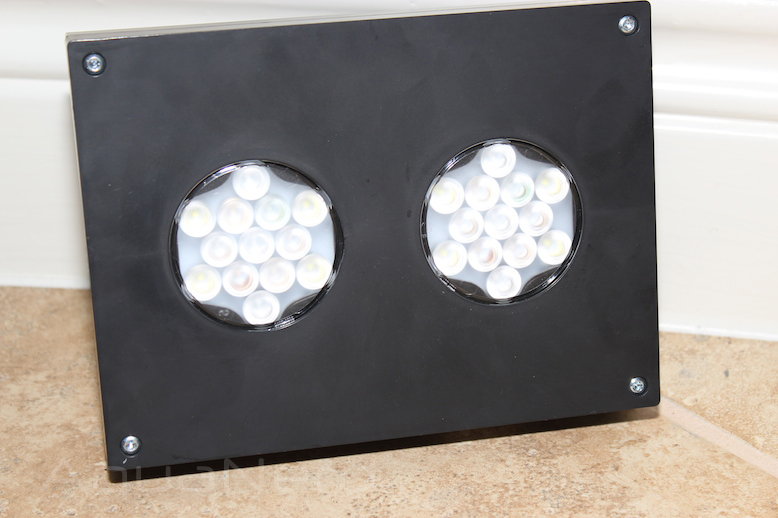 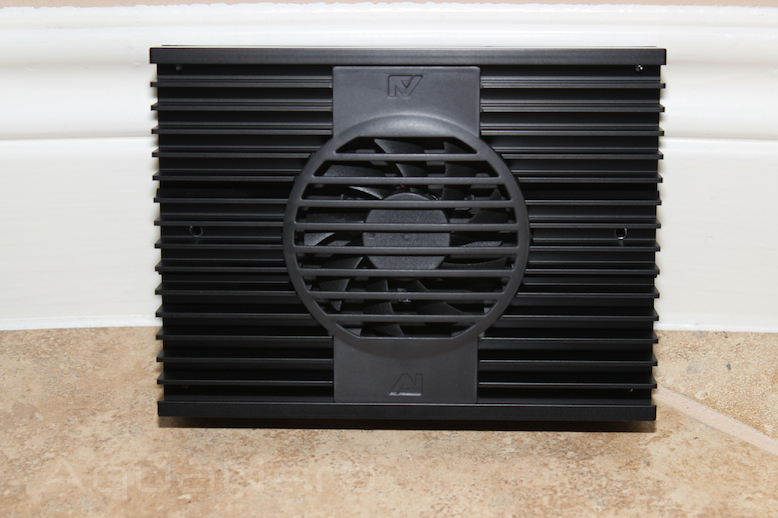 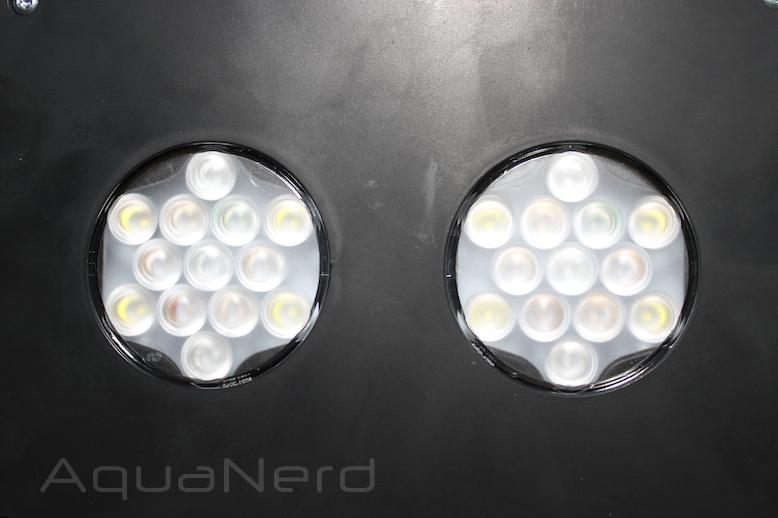 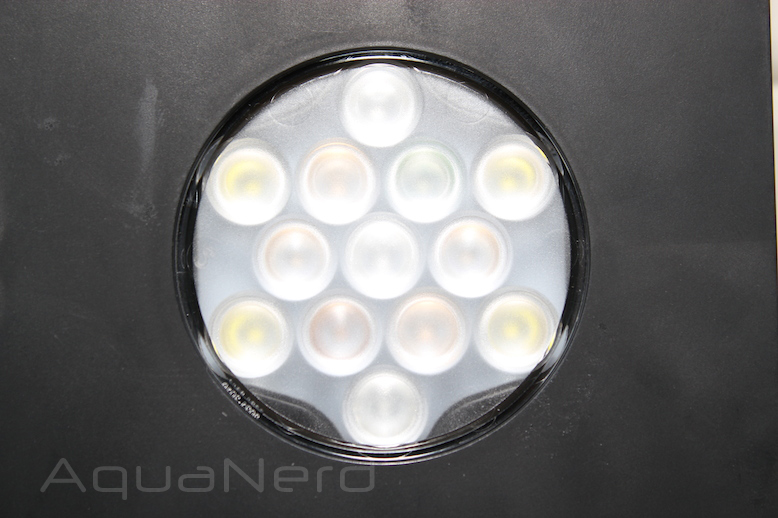