Trending
You are at:Home»Aquarium Events»Richard Ross Named 2014 MASNA Aquarist of the Year 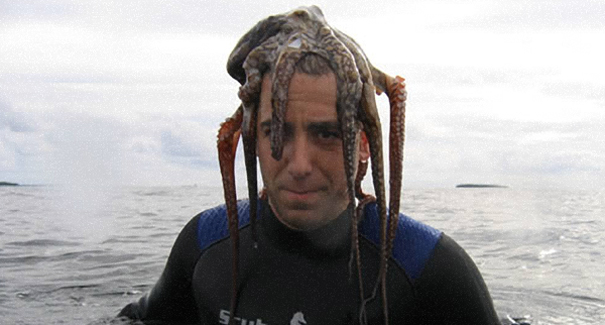 Behold your 2014 MASNA Aquarist of the Year, Richard Ross.

We are so excited to announce that Rich has won this prestigious award. For those of you who don’t know Rich, or at least follow him on social media, he has to be one of the most talented hobbyists with such an amazingly diverse background. He currently works for the California Academy of Science in their Steinhart Aquarium, maintaining their 212,000 gallon Philippine reef exhibit which has an added perk of getting to travel to the Coral Triangle for collecting and other awesome activities. He has done phenomenal work in the areas of cephalopod research, fish breeding, coral aquaculture, and spreading knowledge about the aquarium hobby. Rich pens the Skeptical Reefkeeping column on the Reefs Magazine and often contributes to other blogs and aquarium organizations.

As for his past in hobby, Rich was actually educated in philosophy at the University of California, but started to volunteer at the Steinhart Aquarium in 2008. Being a lifelong aquarist, this was a no brainer, and eventually he turned that into a very successful career as a full-time staff biologist.

When he’s not playing with aquatic life, Rich juggles, does a little stand up here and there, and dabbles in blowing glass. At MACNA 2013, Rich was the master of ceremonies and entertained the crowd with some amazing juggling skills and some all around good fun.

We couldn’t think of a more perfect candidate for the MASNA Aquarist of the Year award and we’d like to congratulate him once again.