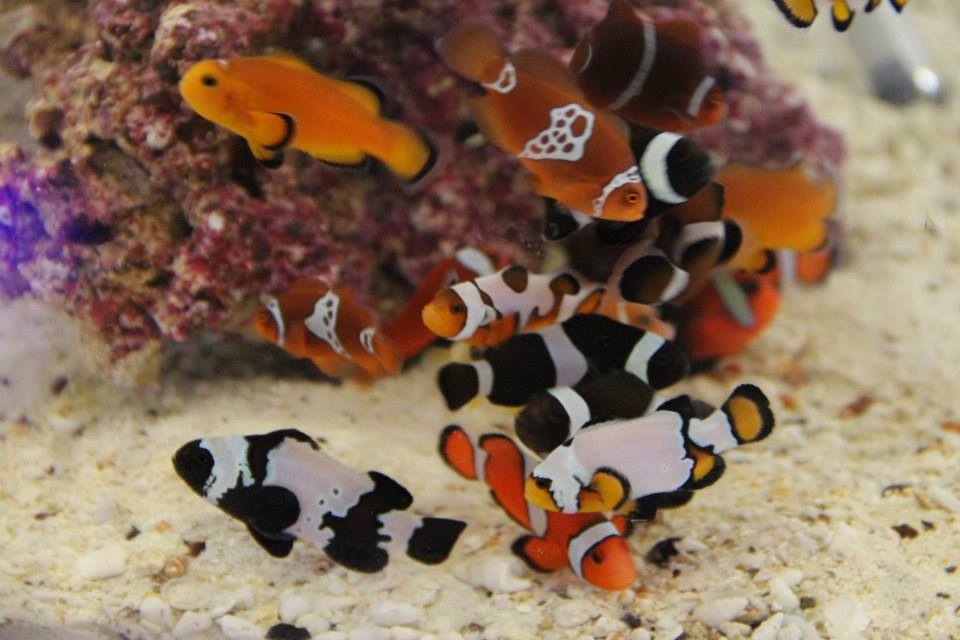 In other clownfish news, Sea & Reef Aquaculture showed off their big ol’ offering of designer clowns, and if you’ll noticed swimming among the bunch is the Lightning Maroon Clownfish. That’s right, those gorgeous little lightning clowns are finally making their way to the marketplace, and not a moment too soon.

As we’ve covered a time or two here at the AquaNerd Blog, Matt Pedersen obtained only the second lightning maroon clownfish ever discovered in a joint effort with Blue Zoo Aquatics to get them captive bred. The clownfish came out of Papua New Guinea, where there must be something in the water because a lot of clowns originating from that region were exhibiting really unique markings. Anyways, Matt’s efforts were hugely successful, as you can tell by this offering by Sea & Reef. After years of condition the lightning maroon clown to captivity, waiting out a sex change, and eventually finding the perfect mate, Matt was able to produce some awesome lightning offspring. The first couple of batches were sold via auction by Blue Zoo Aquatics on eBay, with the fish receiving some seriously high bids. 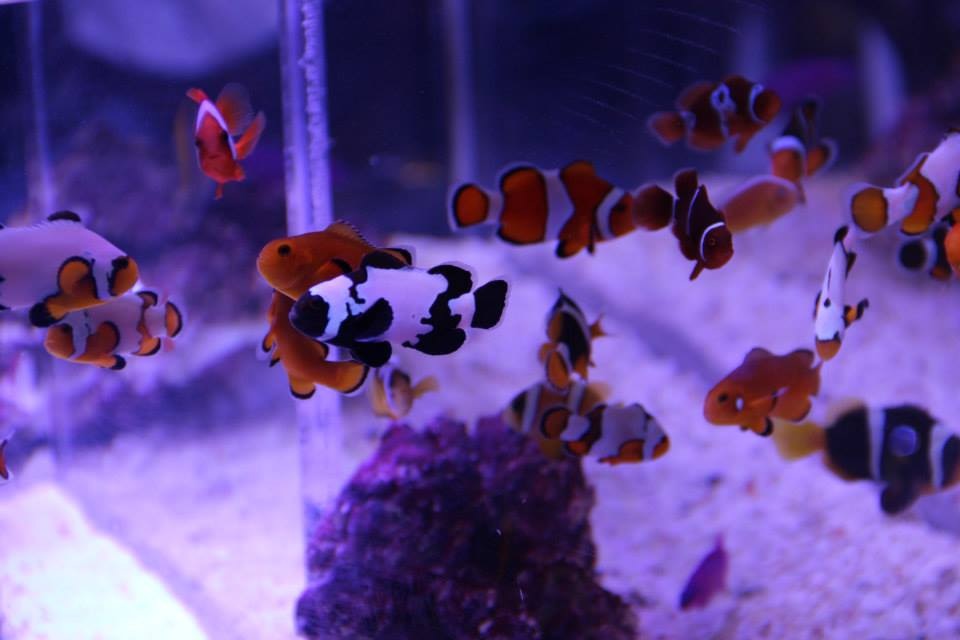 All in all it’s been about four years since the original lightning maroon clownfish was brought into captivity, and Sea & Reef has their very own LMC on display at MACNA 2014. The fish are really amazing and we can’t wait to see how their presence evolves as they become more common and the breeders take over. 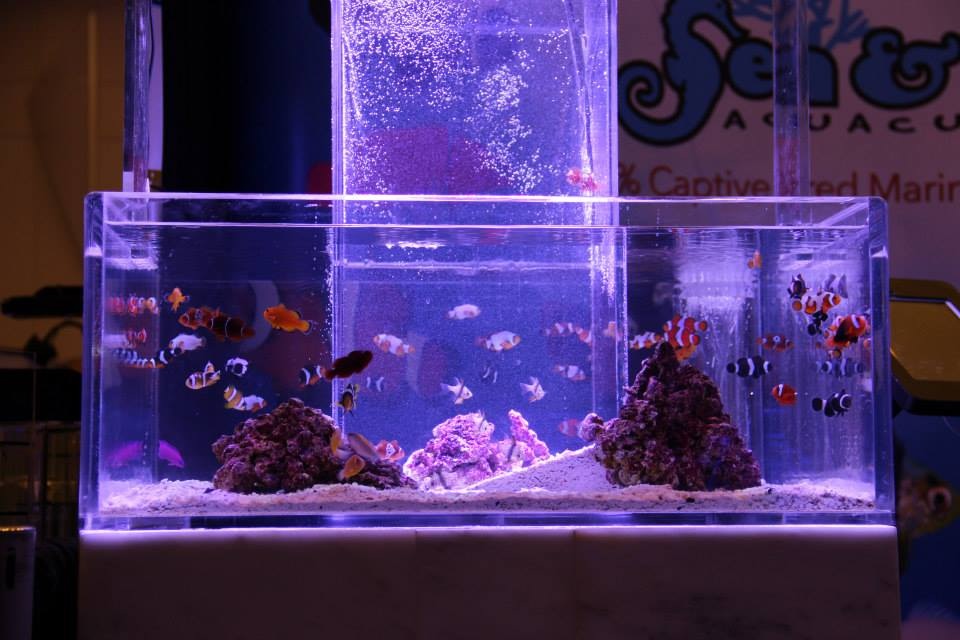 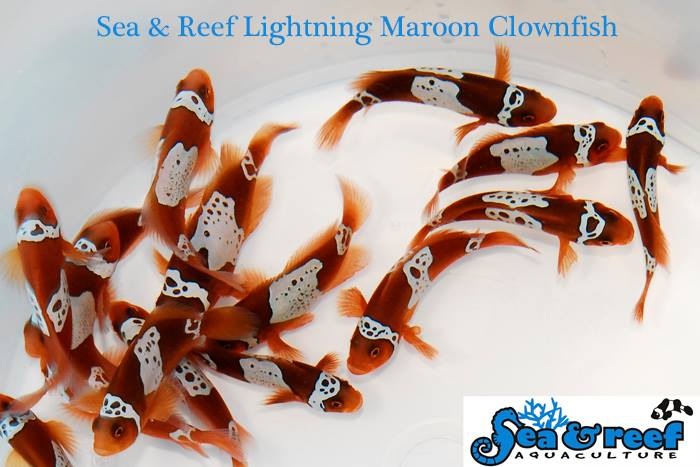 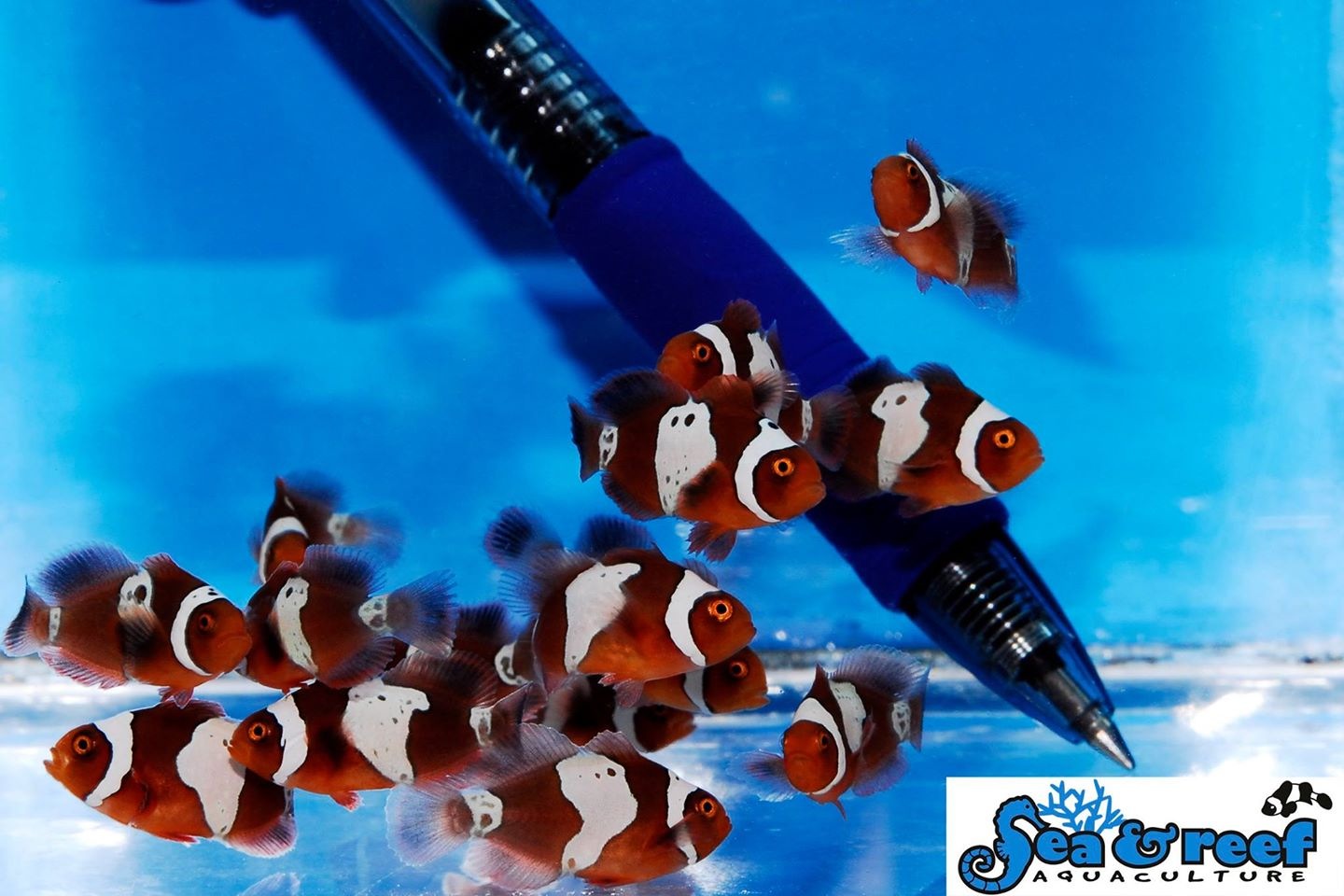 All photos taken from the Sea & Reef Facebook page.