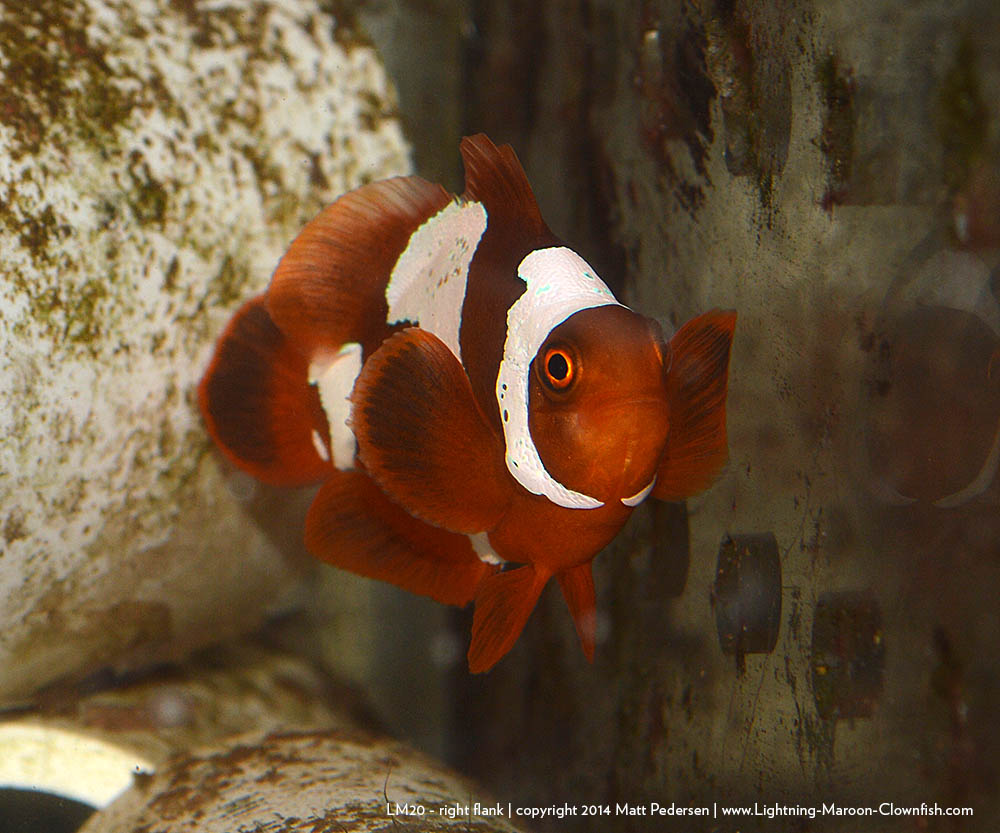 We’ve seen a very limited release of the highly sought after captived bred Lightning Maroon Clownfish through channels like eBay, but with MACNA 2014, the clowns made their more widespread presence known. Sea & Reef Aquacultured showed off their array of captive bred LM clowns, and now the fish are hitting the store front of Blue Zoo Aquatics, which is the first time ever for this captive bred morph. Up until this point, every LM clown has gone to the highest bidder in auction sales, and now we have some concrete pricing, though availability is still very limited.

The lightning maroon clown on Blue Zoo is listed for just under $1000, a bargain compared to the multiple thousands that the fish commanded on eBay. It measures under two inches, and the white barring is starting to break apart into the lightning pattern that will continue to develop as the fish matures.

There is little more that has to be said about this fish that we haven’t gone over already, but it is nice to see them starting to hit the retail circuit.