Trending
You are at:Home»General»Whatever Happened to Aquarium Themed T-Shirts? 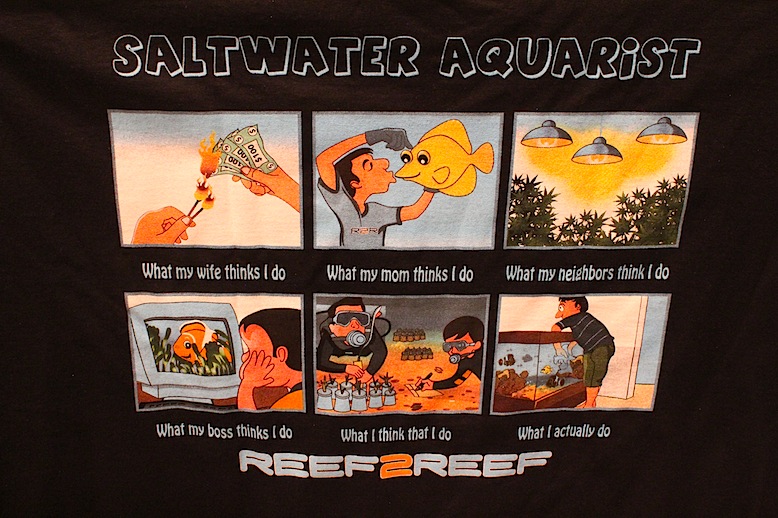 Is it just us, or have aquarium themed t-shirts fallen out of style among the many members of our community? For a while, we saw shirt companies popping up all over the place, offering witty sayings and art that any aquarist could enjoy. And it wasn’t just shirt companies that were trying to get into the game. Large retailers of aquarium equipment were also trying to appeal to the growing audience.

But it seems that aquarium themed t-shirts are on the downward slope of their popularity peak. We may be totally wrong here, but with a handful if the t-shirt companies closing up shop due to high costs and low profit margins, we think there is definitely something going on here. Were the shirts just a fad that has run its course? Is it a marker saturation thing? We don’t know, but we certainly want to see more of those funny one-liners that let aquarists recognize each other when they’re not at hobby centric events…like random occurrences at the hardware store or other places around town.

That thought aside, we do realize that manufactures and retailers are still cranking out shirts that promote their companies. There’s few other means of advertising that are better than what essentially amounts to a mobile billboard, but we aren’t taking about these shirts. Instead, we are asking shirt companies who almost exclusively sell just the tees we’ve grown quite fond of.

Are we missing the mark on this assumption? Nobody likes to be wrong, but for this case we’d make an exception.