Trending
You are at:Home»Aquarium Livestock»ReefKoi Corals Has the Most Amazing Rainbow Plate Coral Ever 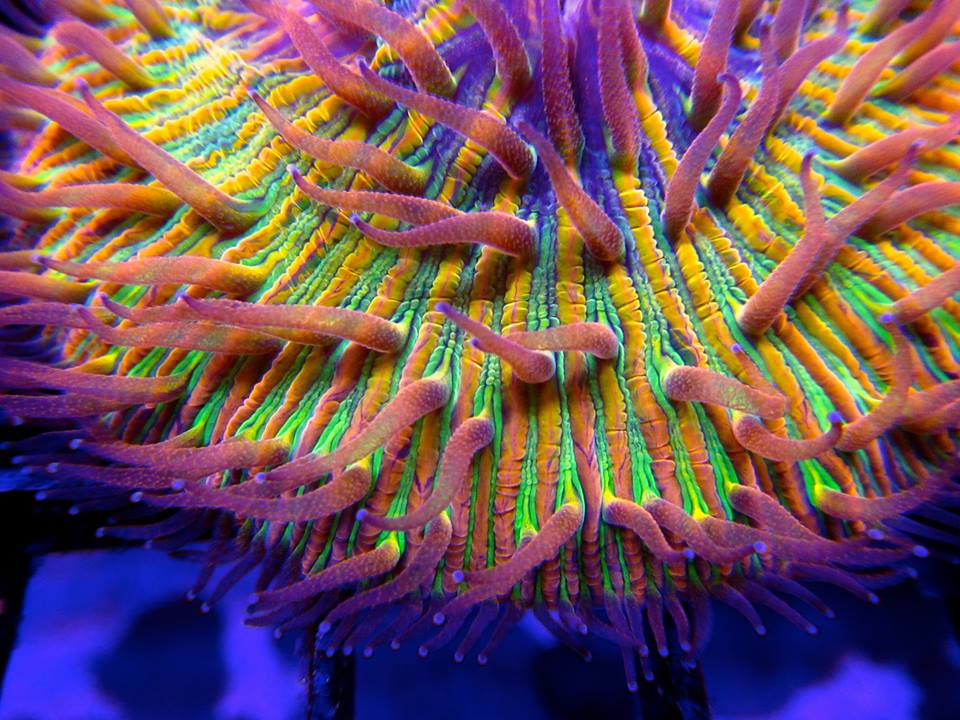 Our pals at ReefKoi Corals have just teased possible the greatest plate coral we have ever laid eyes on. This amazing piece redefines the rainbow genre, sporting at lead five different shade and a whole bunch of awesomeness. We see at least green, purple, orange, yellow, and red, and this bag of Skittles looks super healthy to boot.

According to the post by ReefKoi on their Facebook page, the coral came in half dead tissue and had tissue pulling up from the skeleton. The coral was nursed back to health and probably won’t be leaving the confines of ReefKoi’s shop anytime soon. Still, it’s a coral worth he mention and one we would kill to see in person.