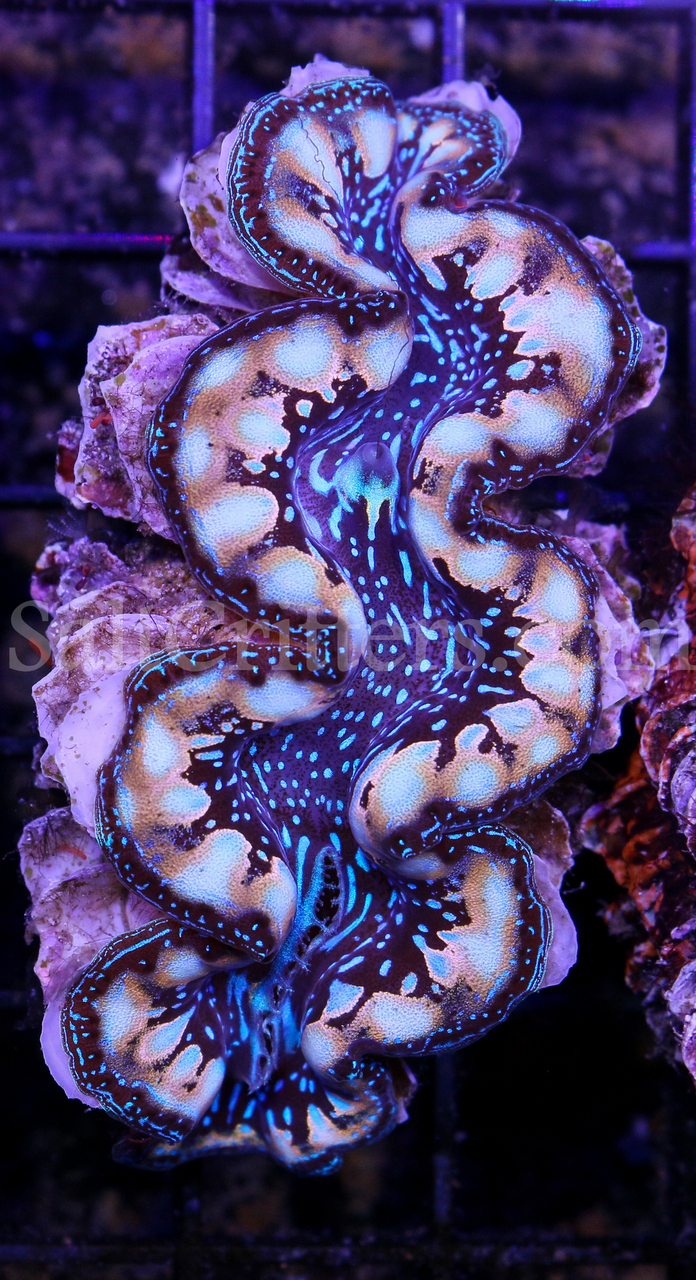 We consider ourselves to be clam connoisseurs of sorts, though we probably act more like junkies anytime a clam is presented. Normally, we can control ourselves to an extent, but today’s offering from Saltcritters is sending our clam addiction into overdrive. They received one very special Tridacna squamosa x crocea hybrid as part of their normal shipment, and our jaws dropped as soon as we gazed upon its awesomeness.

We have covered squammie and crocea hybrids before, but this one has a much more of an intense pattern. The lateral scutes on its shell are reminiscent of the squamosa clam, while its mantle is sort of a blend between the two species. That said, it does seem to heavily favor that crocea mantle pattern.

As for the clam’s backstory, it is a maricultured specimen from Bali that just showed up with a mixed box of squamosa and crocea clams. While digging around through the box, the owner of Saltcritters noticed that not only was he missing a squamosa, and he also had an extra clam that didn’t look like the rest of the croceas. After a quick back and forth email conversation with the supplier, it was revealed to be a hybrid.

We obviously share this story with some reserve, as we would love to get our hands on this hybrid. It just isn’t in the cards for us, I guess, and hopefully it will go on to a true clam appreciator. The clam is priced at $250, which we consider to be very reasonable.