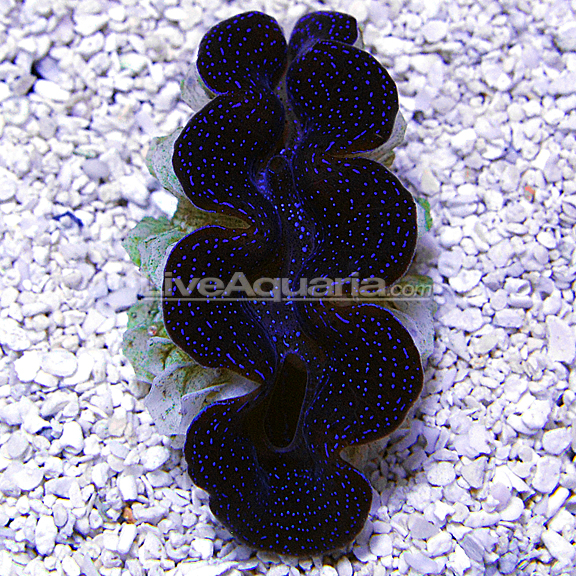 It’s not secret that we are just nuts about Tridacnid clams, and when we found out that LiveAquaria was stashing a bunch of hybrid clams in their Diver’s Den, we knew we had to do some investigating. After all, it’s not every day that we get to check out hybrid clams. So, we poured over the images of about a half dozen or so T. squamosa x crocea hybrid clams, looking to see how the features of both species were represented. On the surface, the clams seemed to hold more of their squammie traits. The scutes on the shell were quite pronounced and the mantle just screamed T. squamosa. This, of course, cast some doubt in our minds as to their mixed parentage, but after a little back and forth with the Kevin Kohen, Director of LiveAquaria, what little doubt we had went right out the window.

Kevin confirmed that the clams were, in fact, hybrids that were cultured in Bali alongside maxima, crocea, and blue squamosa clams. He said that they haven’t been through any genetic testing, but the shell has many of the characteristics found in both clams. To show the similarities and difference of these characteristics between the hybrid and its parents, mainly the size and shape of the byssal opening and other features of the shell, Kevin sent us a dozen very detailed images. 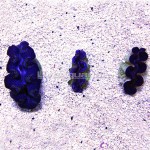 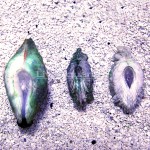 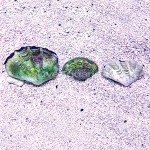 As we mentioned earlier, the pronounced scutes (the lateral projections on the shell) are a clear indicator of the hybrid’s squamosa heritage. Crocea clams have a much smoother appearance, often because they bury most of their bodies into the calcium carbonate rockwork on which they’re normally found. Crocea clams can have some scute coverage on their shell, but this is usually located closer to the mantle where the shell material is younger. 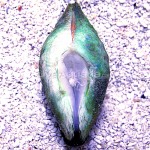 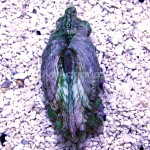 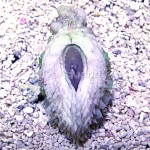 Moving on to the underside of the clams, the squamosa clams have a narrow byssal opening, while the crocea has a much larger teardrop shaped opening. The hybrids, as you can see in the images immediately above, have a larger opening instead of a narrow slit. That said, there are many similarities in the byssal opening that the hybrid shares with T. squamosa too. If you look into the opening, you might notice the teeth-like projections found around the edge. Additionally, the shell of the hybrid comes to a point where it completely closes, like the squamosa clam. The shell on the crocea, on the other hand, doesn’t completely touch after the byssal opening. 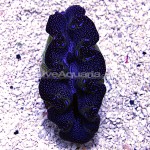 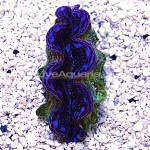 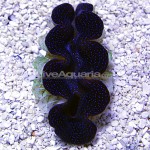 As for the clam’s mantle, that is a much harder feature to classify on. Since clams are so diverse, even within the same species, it is quite hard to say what species a particular clam falls under based on mantle color and pattern alone. Yes, sometimes it’s an easy task, as the various clam species often have a particular look, but there are many times where the lines are blurred and the distinction just can’t be made. 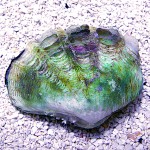 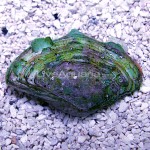 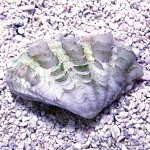 We had originally planned for this article to go live, but we held off because Kevin sent us these awesome pictures of the clams for a side-by-side comparison, and we wanted to do as much justice to the images as we could. We would like to thank Kevin for going way above and beyond in getting us these images and filling us in on all of the details of these clams.

All images are copyright by Kevin Kohen/LiveAquaria.