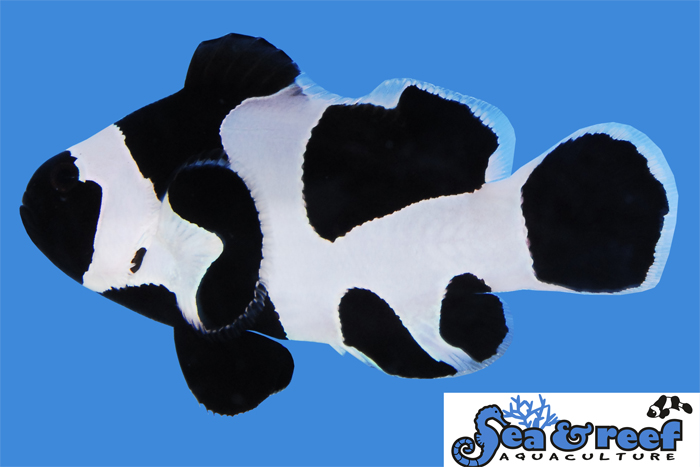 In a world full of designer clownfish, it’s easy to become a little numb to it all. Each company or hobbyist breeder has some wild and tricked out clownfish they offer, with the trends moving toward more polarizing fish with each and every pass. But every once in a while, a totally awesome fish results in all of the mixing and matching, and Sea & Reef Aquaculture have accomplished just that with this Black DaVinici ocellaris clownfish. Like the traditional Darwin Clownfish, a naturally occurring black and white ocellaris clown from Northern Australia, the Black DaVinci sports just the two sharply contrasting colors, but mixes them in with some pretty spectacular patterns.

Of course, the Black DaVinci is just the black and white version of Sea & Reef’s own DaVinci clown, but the patterns and contrasting colors on these newly released clowns just made us stop in our place and stare. I guess they sort of look like black and white cows, or perhaps a really trippy panda bear, but regardless of these everyday comparisons, the fish is really unique and really awesome.

From the looks of it, the Black DaVinci seems to have trailing stripes that blend together toward the posterior of the fish. The tail looks like a large black dot surrounded by white, and even the pectoral and dorsal fins get plenty of that white bar spillover. These are really cool fish, in our opinions, and a refreshing offering in the overwhelming number of designer clownfish. 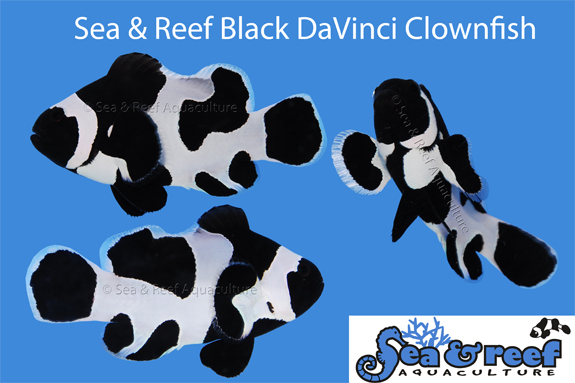