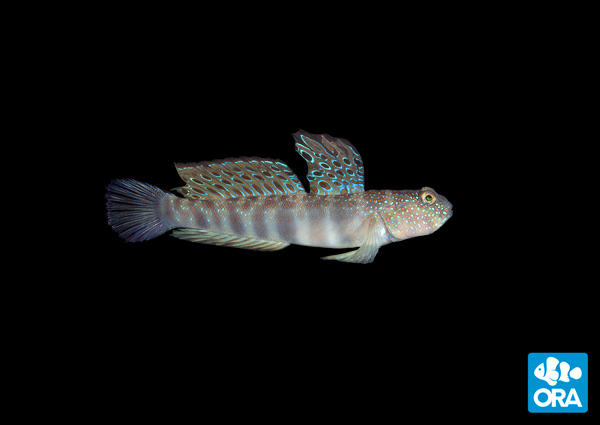 A new fish of the captive bred variety was announced over the weekend. Oceans Reefs & Aquariums (ORA) revealed that they are adding the pink spotted watchman goby (Cryptocentrus leptocephalus) to their ever growing offering of captive bred livestock. This marks the third shrimp goby species produced at ORA, joining the ranks of the yellow watchman and the bluefin watchman gobies.

As far as aquarium habits go, this fish is said to build burrows with loose coral rubble that it shares with opposite sex conspecifics and a few species of pistol shrimp. In its burrow, this goby lays individual eggs on the substrate, which contrasts sharply with the other two ORA watchman gobies, who lay their eggs in a ball and suspend them from the ceiling of their burrow. For feeding, the pink spotted watchman is not picky, by any means. It readily accepts all sorts of food, though, as with any goby, sinking foods are probably one of the better options.

The ORA Pink Spotted Watchman Goby begins shipping to retailers this week, though availability will be irregular through 2015 as more fish reach a commercially viable age and as ORA puts more pairs into their breeding program.