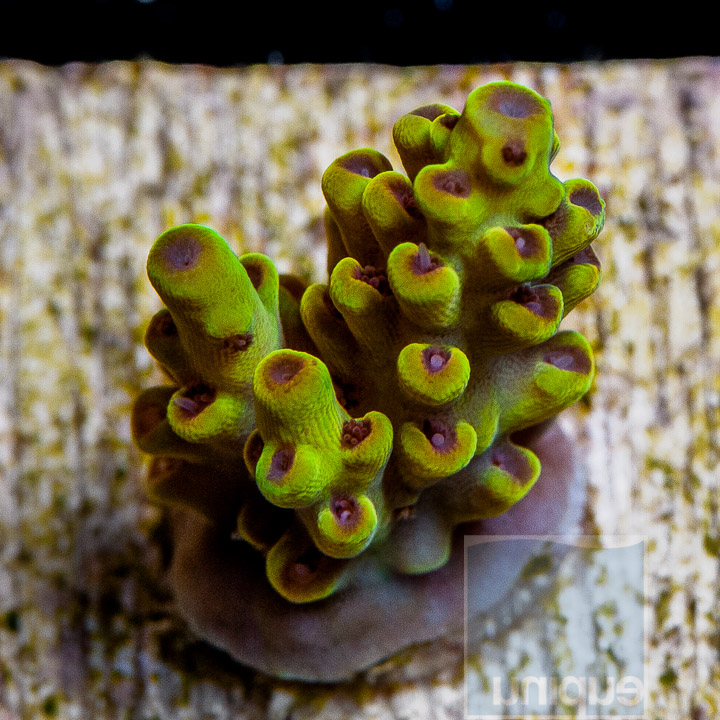 The Pikachu Acropora has been around for over a year or so as seen in our post on August 30th, 2014.  We believe the original colony was first featured on Reef2Reef back in April of 2014 and at that time tiny little frags were selling for $200.00-$250.00 each.  We are not sure if the UC Pikachu is from this original colony or not but it looks like the real deal.  The UC Pikachu originated as a Bali Maricultured Piece and Unique Corals has the colonies in their grow out raceway.  The UC Pikachu is grown under 400 watt Radium metal halide lights and gyre flow is generated throughout the broodstock system.  Unique Corals employs the Triton Method and they dose Base Elementz and AcroPower Amino Acids from Two Little Fishies.

From Scott Fellman: “Not that long ago, a beautiful new Acropora entered the fray with it’s amazing yellow and red combination, unlike any coral previously seen. It was given the moniker “Pikachu Acro”, because of it’s similarity, color-wise, to the Pokeman character of the same name – and was an instant hit!”

The Pikachu Acropora is still very rare in the hobby and availability is very limited.  If you are interested in obtaining a frag then you might try getting in touch with Unique Corals or searching online to see if frags are available from other reputable sources. 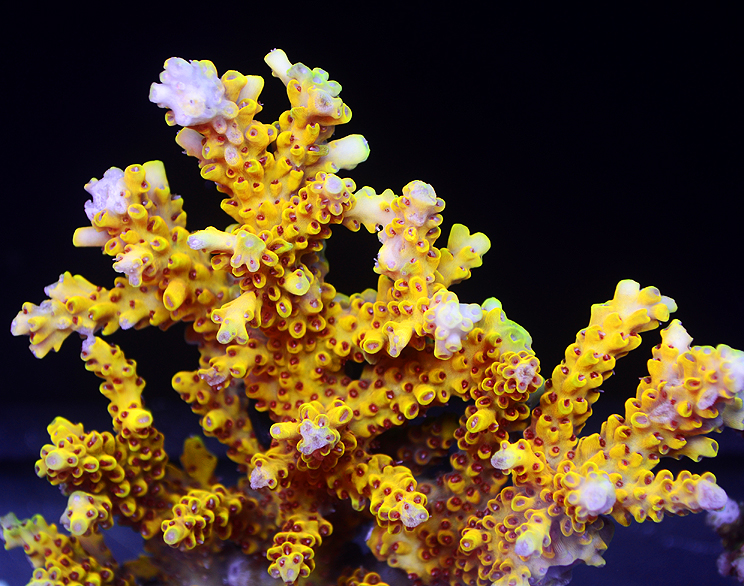