Trending
You are at:Home»News»Lionfish is making it’s Way to Whole Foods Grocery Stores 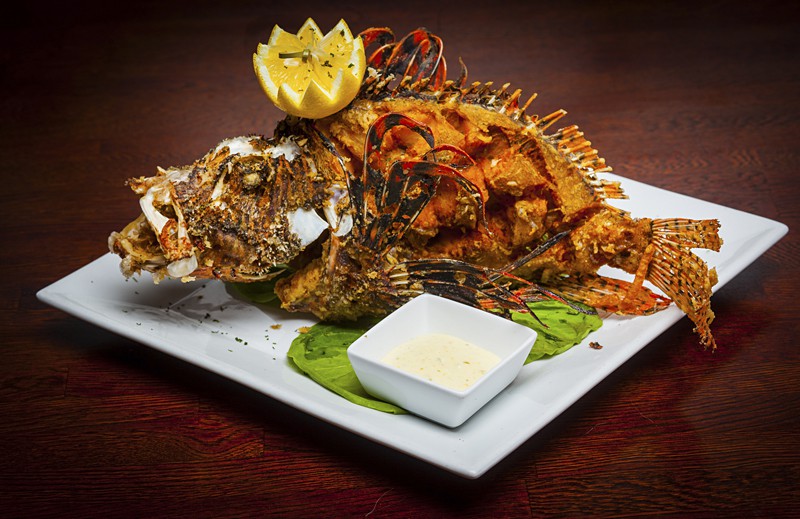 Rage against the invasive Lionfish off the Atlantic Coast is heating up to an entirely new level thanks to Grocery Store Chain, Whole Foods and Montertey Bay Aquarium’s Seafood Watch Program.  Today, Whole Foods announced that it will begin selling Lionfish in it’s U.S. West Coasts stores within the next six months.

AquaNerd couldn’t be happier to hear this news and we are glad to see a national retailer offering these fish for consumption in at West Cost stores with the possibility of it going national soon after that.

The catalyst for Whole Foods’ decision was the Monterey Bay Aquarium’s Seafood Watch Program giving the Lionfish its “Best Choice/Green” rating.  Whole Foods follows the Seafood Watch to help determine what they choose to stock in their grocery stores.  Some restaurants have been serving up the Lionfish for a few years now but they are not really putting a dent in the population explosion.  Hopefully other stores will follow Whole Foods lead on this offering and we will finally see Lionfish populations reduced to a manageable levels within the coming years.

Aquarists know  that Lionfish spines are poisonous, but removing the spines is not difficult and by doing so these fish are safe to eat.  What follows is a very mild, white flaky fish rich in protein that you will feel good about putting into your belly.  I haven’t had the pleasure of eating Lionfish but I love the thought of eating an invasive species of fish that is decimating juvenile and native small fish populations along much of the East Coast.  Either way I wouldn’t be surprised if the whack-a-doodles at PETA will find a way to turn this into a negative.

If you’re spear fisherman along the East Coast then check out the video below to learn how to safely fillet the Lionfish.