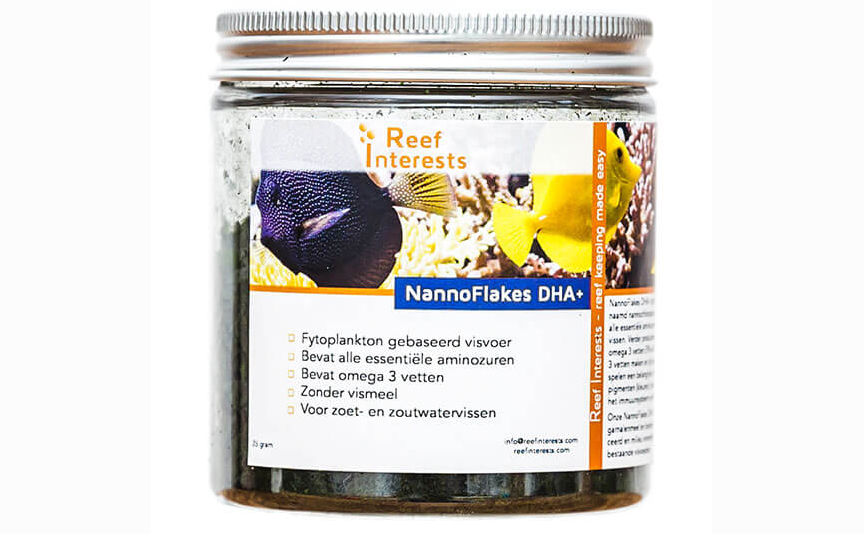 Several years ago, Reef Interests became the 1st company to introduce Biopellets into the marine aquarium hobby.  They also became the first and only company to introduce and further develop the patent pending All-In-One Biopellets.  More recently, they developed a new algae based fish food in Europe called NannoFlakes DHA+.  Now, for the first time this new food is available in the US.

I need to point out that one of our other companies, Aqua Specialty is the distributor for Reef interests products for the US and Canadian markets, so full disclosure on that.  We’ve been using NannoFlakes for several months and I can honestly say it is  the best algae based flake food I’ve ever used.  Algae loving fish such as Surgeonfish (Tangs), blennies, Rabbitfish (Fox Face) and other fish eat it up every time we add it to the tank.  But what is most interesting to us, is that even clownfish and other fish that typically shy away from Nori (dried seaweed), are devouring NannoFlakes as if it were an animal based / protein based food. 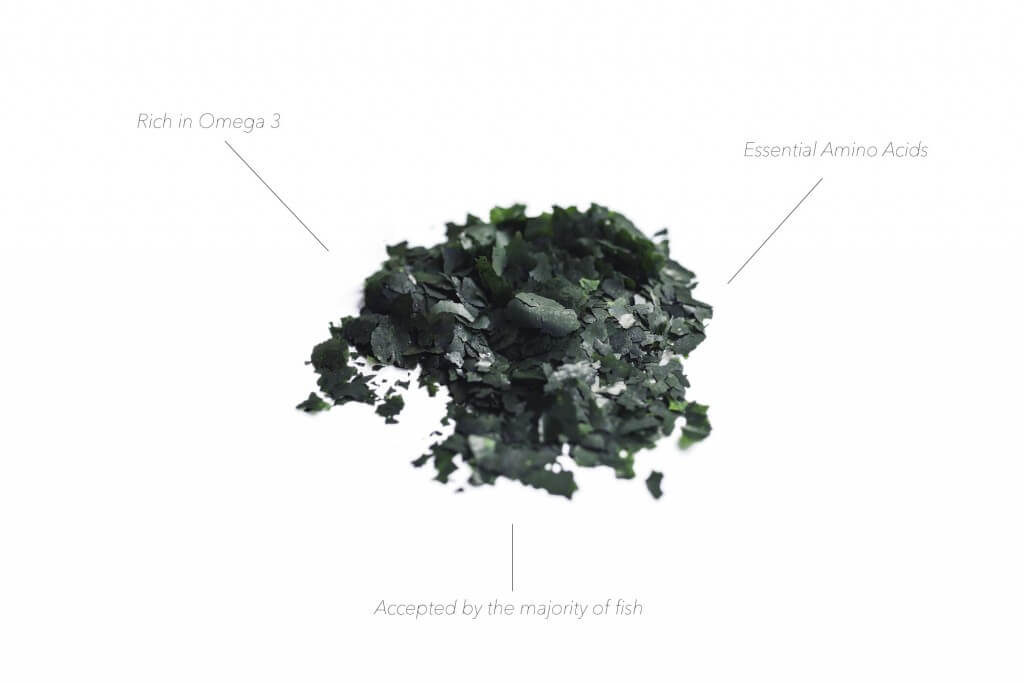 At the base of the marine food chain are single cell organisms, better known as phytoplankton. These tiny plants produce almost all of the biomolecules needed for the growth of zooplankton, but also for the larger “filter feeders”, like mollusks (flame scallops, clams, oysters etc.), sponges and coral. One of the best known algae in the aquaculture is nannochloropsis. These algae produce all the essential amino acids needed for the development of filter feeders and fish. These algae also produce the well known and very important omega 3 acids EPA and DHA.

Although nannochloropsis is mostly known for it’s production of EPA, Reef Interests has selected a “strain” and cultivation method that ensures that they will also produce DHA.  EPA and DHA are omega 3 acids, also known as polyunsaturated fatty acids (PUFA) are not produced through metabolic activity, thus they are dependent on foods that contain these fatty acids.  These fats play are vitally important in the development of fish coloration/pigmentation.  But maybe even more important, these nutrients are essential for nervous system development in fish and also in humans. and this one of the reasons why we hear about the importance of eating foods like salmon and other oily fish that are high in EPS and DHA.

In the coming days, we will have more product announcements coming from Reef Interests so stay tuned to AquaNerd for details.