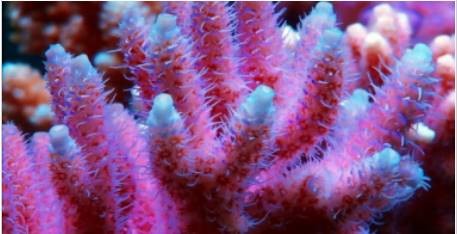 Korallen-Zucht, the makes of the Zeovit product line, just announced two new additions to their additives lineup.  The first product is a supplement called AcroGlow. Korallen-Zucht states that adding this product to the aquarium water will help hobbyists bring the glow back to stony corals, especially SPS species.

AcroGlow contains “enhanced engineered nutrients” and elements that will help bring the glow back to coral species (especially SPS) from Fiji, Tonga and Australia but dosing AcroGlow can be beneficial to all corals. Additionally, AcroGlow can also help with coral acclimatization and recovery of newly fragged corals.  Like all Zeovit products, the product is concentrated enough that only 1 drop of AcroGlow is needed for every 25 gallons per day. 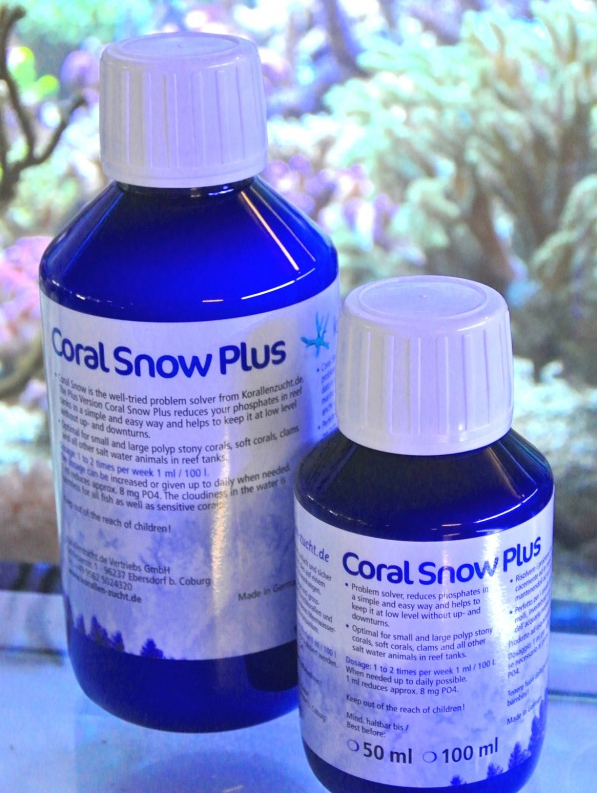 The second new product is more of an improvement to a product that has been out for years called Zeovit Coral Snow.  The improved version is called Coral Snow Plus (CSP) and like, it’s predecessor, is also a flocculant.  Flocculants are used to remove suspended solids from liquids by inducing flocculation (whereby solids begin to aggregate forming flakes, which either precipitate to the bottom or float to the surface, and then they can be removed or collected).  Flocculants are beneficial in the aquarium because they attract negatively charged molecules like organics and phosphate to the positively charged flocculating agent.  When this occurs, organic molecules and phosphate precipitate out of the water column whereby filtration from a protein skimmers can remove the floc from the aquarium.  The Korallen-Zucht website states that dosage can be increased to a daily does when needed.  One ml of CSP reduces PO4 by approximately 8 mg.

We are not sure what Korallen-Zucht did to improve Coral Snow but continued use can reduce phosphate to the point where GFO and other phosphate absorbing media is no longer necessary.  If you’ve ever used Coral Snow then you probably noticed a significant improvement in water clarity after about 1-2 weeks of use.

The recommended dosage for Coral Snow Plus is 1 – 2 ml for every 25 gallons of water twice per week.  Coral Snow Plus is available in 250ml, 500ml and 1000ml blue plastic bottles.   we expect to begin seeing it on store shelves and online shops in the coming days and weeks.

Pricing is as follows: