Trending
You are at:Home»Husbandry»Eliminating Skin Flukes in Saltwater Fish – Part 1 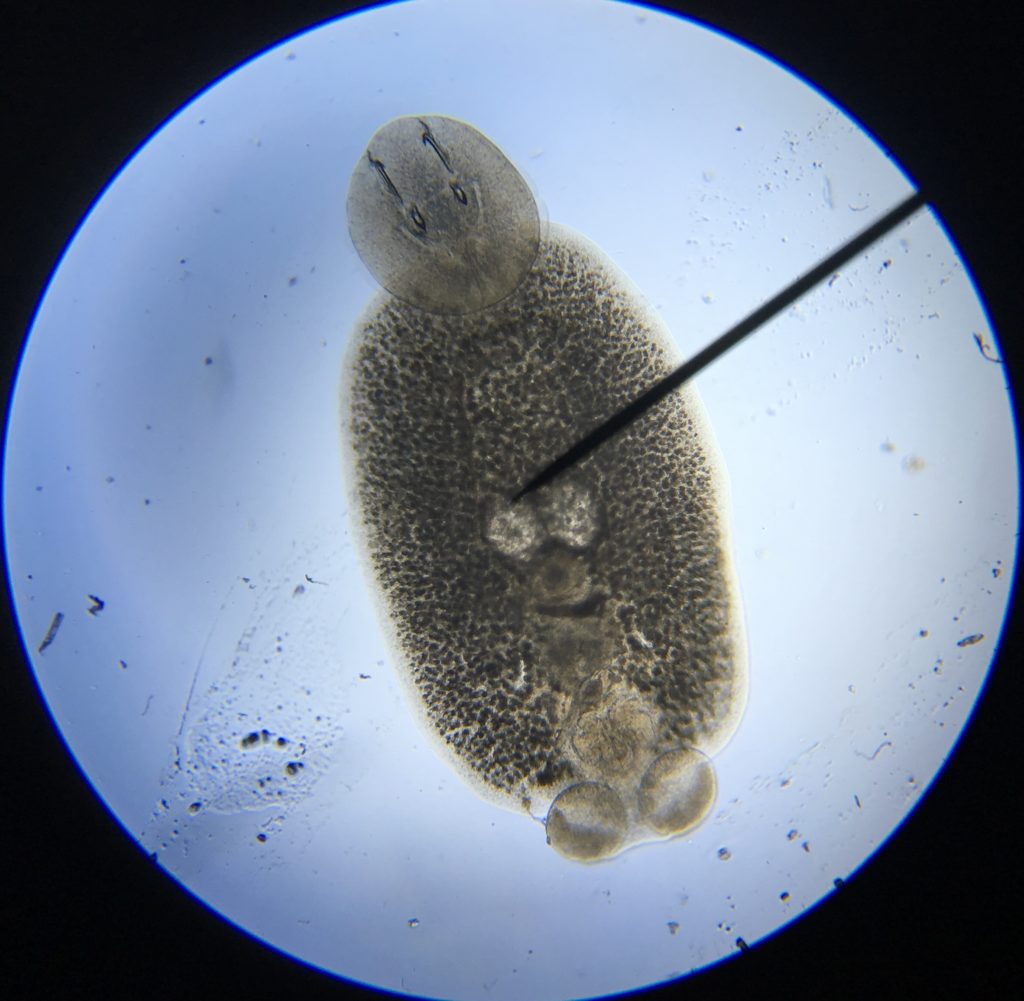 Skin Flukes are one of the most common parasites found on saltwater fish. Unfortunately they are also one of the most overlooked parasites. These nasty buggers feast on the skin and mucus of many common aquarium fish including; wrasses, tangs, angelfish, rabbitfish, triggers, butterflyfish, sturgeon fish and more.

Flukes are sometimes difficult to locate on many fish so the not so well informed aquarist will purchase a fish, get it home and simply add their new found friend to their fish tank. This is risky business, imprudent, and  sometimes a very costly mistake. Too ofter we hear stories like: “Yea I went to this fish store and bought a fish from them. The next thing I know, all my fish are sick or dying. I’m not buying fish from them anymore.” Is that completely the stores fault? Most definitely not. As responsible aquarists, it is our job to understand and educate ourselves.

Skin flukes in the home aquarium are but a single species called, Neobenedenia melleni. After their initial discovery infecting fish at the New York Aquarium in the 1920’s, skin flukes have become one of the most commonly found parasites. Flukes have been observed on more than 100 different host species from over 30 families.

With such a wide range of hosts, N. melleni parasites have become a major economic problem in commercial aquaculture fisheries with most of the scientific research focused on food fish rather than ornamental fish.

The lifespan of skin flukes is only 3 weeks but that doesn’t stop them from aggressively reproducing even if you were to only have one fluke in your aquarium. In fact, flukes are capable of self-inseminating (hermaphroditic) in  the absence of a mate and they are able to lay upwards of 500 eggs a day! Thus, a single fluke introduced into an aquarium can quickly and easily start a sizable population within a very short span of time.

As with Cryptocaryon irritans (Ick), the first sign of a problem is usually when a fish begins darting around the tank and scratching on solid surfaces in an attempt to remove the parasite(s) from its body. Another sign that flukes are present is a cloudy eye or eyes on the fish. Flukes can attach themselves to any surface of the fish including gills, fins, eyes, scales and even the nasal passages. If left untreated, these parasites can reproduce to pandemic proportions and wipeout a tank of once healthy fish.

We will cover ways of eliminating flukes in part 2 of this article but the first step is prevention, prevention prevention. Don’t roll the dice and hope for the best. Be a responsible aquarist and setup a quarantine tank (QT). When you are buying a single fish or  multiple fish at one time quarantine them before putting them into your display tank. I don’t want to sound too preachy, but do yourself a favor and setup a QT tank if you don’t already have one. It can be as simple as a 10 to 40 gallon aquarium with a hang on the back filter and a heater. There is no need to illuminate or add substrate to the QT setup. Actually it’s better if you don’t. If you want a place for your fish to hide, then simply add some PVC fittings or PVC pipe large enough for the fish to hide in and feel safe. Setting up a QT tank could be the best thing you ever did for your wallet or pocketbook. In part 2 of this discussion we will cover, the methods of how to treat skin fluke infections.