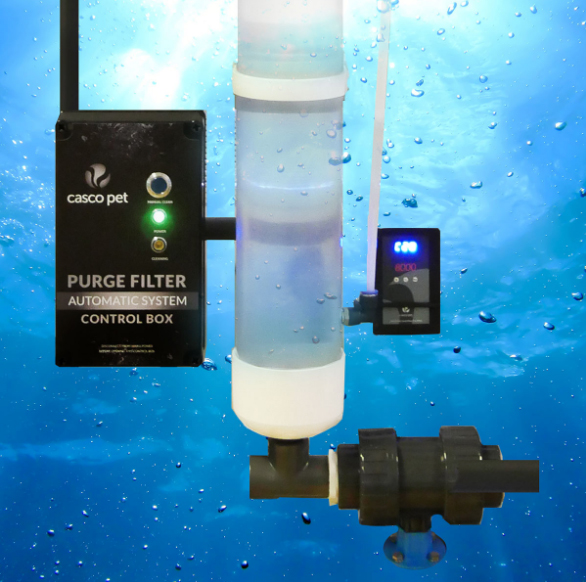 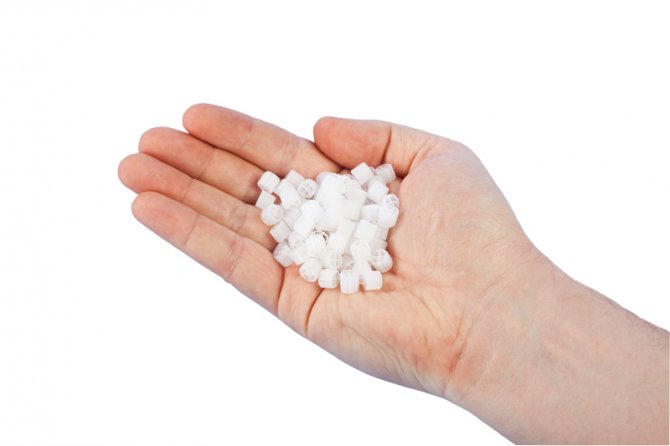 According to Casco, the system never needs to be cleaned and the media doesn’t need to be replaced for the foreseeable future, making this a major labor and cost saver for retail shops. The filter is basically a Bio Media Reactor with a design twist. A typical  K1 or Kaldness media filter tumbles media continuously throughout the day as nitrifying bacteria develop and cling to the media as it tumbles in the reactor. The nitrifying bacteria then significantly reduce the production of ammonia and nitrite which in turn reduces the production of nitrate in the aquarium.

The Purge Filter takes a different approach. The K1 media is forced to one end of the reactor where it bunches up and doesn’t move around in the water column. As water passes through the media, organic waste is trapped within the media crevices and spaces between the K1 bio-media. After several hours of filtration,a built in timer vinously flushes and backwashes the system and disposes of the trapped waste and water in the reactor. On the Casco fish system this equates to about a 5 or 10 gallon water change per day.

We don’t have a drain near our fish system so this might be an issue for some pet stores or perhaps Casco has a work around for disposing of the waste when no floor drain is available.

The video below shows a complete Casco stand alone fish system that includes a 50 watt UV sterilizer and a sump with more K1 media that promises to keep the sump clean as it is agitated from the water passing though the sump. No word on pricing for the Purge Filter, but as the video explains fish store owners can contact their Casco sales office for more information.