Trending
You are at:Home»Aquarium Equipment»How to Use Hanna Instruments Salinity Tester 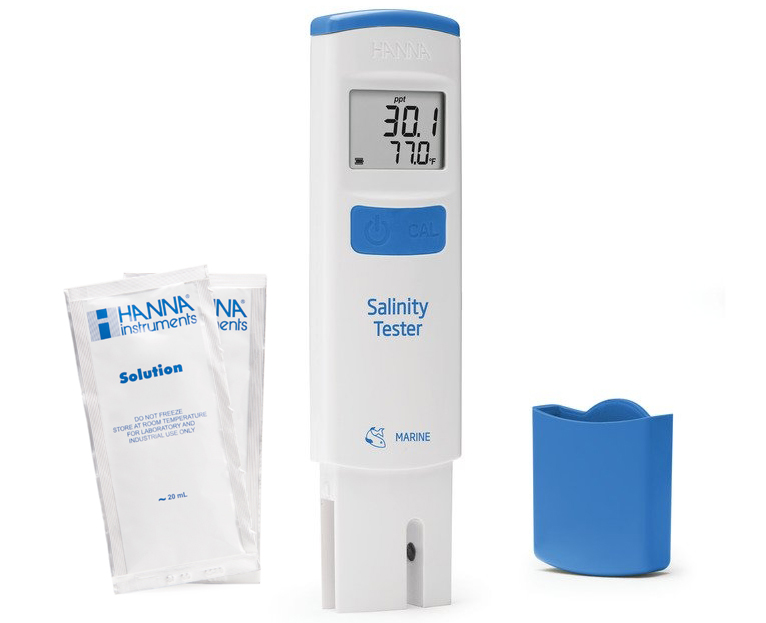 Recently we posted an article about the new Hanna Instruments Salinity Tester. Since the announcement, we have had several inquiries about the tester and we are pleased to include some updates and a new video that was just released by Hanna Instruments. Some of our readers wanted to know how to calibrate the meter and how frequently it needs to be calibrated. After speaking with our representative at Hanna Instruments we learned that calibration only needs to be preformed once per month and it only takes a minute or two to perform the task.

The video below explains how to use the meter and some of the great features included in the Hanna salinity tester. The HI89319 testers are available at our sponsor Premium Aquatics & Aquarium Specialty or they can be purchased from other authorized Hanna dealers.

How to Measure Salinity?

With the HI96822 salinity determinations are made by measuring the refractive index of seawater. Refractive Index is an optical characteristic of a substance and the number of dissolved particles in it. Refractive Index is defined as the ratio of the speed of light in empty space to the speed of light in the substance. A result of this property is that light will “bend”, or change direction, when it travels through a substance of different refractive index.

Conductivity is most commonly defined as a substance’s ability to transmit heat, sound, or electricity. Small charged particles called ions help to carry the electrical charge through a substance. These ions can be positively or negatively charged. The more ions available the higher the conductivity; fewer ions will result in lower conductivity. Also, the higher the conductivity, the higher a solution’s ability to conduct electricity. This is a result of a large number of charged ions present in the solution. Since the various elements used to make up salinity carry an ionic charge, conductivity is used to determine their gross concentration in water.

What is better for salinity?

When comparing conductivity to refractometry to measure salinity, the consensus among the scientific community favors conductivity. This is because there are non-conductive material which can impact the refractive index of seawater but not the actual salt concentration. For example, if we add sugar to artificial seawater, we will see that the salinity value will increase but we have not changed the concentration of salt in the water. If we measured the salinity of that sample with the HI98319 conductivity meter you’ll notice the value is largely unchanged. It is common to have inflated values with a refractometer due to the large number of materials which will affect the density of that water outside of the dissolved salt values. For example, organic waste, sugars, potential non-ionic contaminants or uneaten fish food can increase the values produced on a refractometer but this would be less likely to occur on a conductivity meter like the HI98319.