Trending
You are at:Home»Press Release»2020 MASNA Aquarist of the Year Announced MASNA is proud to announce Alf Jacob Nilsen as the 2020 MASNA Award recipient for his foundational role in developing, documenting, and communicating processes and advancements in the marine aquarium industry, and Tal Sweet as the 2020 MASNA Aquarist of the Year for his years promoting marine ornamental aquaculture and fostering diversity and inclusion within the aquarium community.

MASNA will be awarding its annual MASNA Aquarist of the Year and MASNA Award to the recipients at the MACNA 2020 Saturday Night Awards Ceremony at on August 29th, 2020 at MACNA 2020 Phoenix Rising.

Tal first became involved in the marine aquarium hobby in the late 1980’s. Back then hobbyists in the metro-Detroit area were just beginning to experiment with keeping corals alive, with little success. In those days, undergravel filters and incandescent lighting were still common. Tal had two aquariums set up. One housed an octopus for over a year and another with a wrasse that he brought back from Hawaii in a carry-on cooler.

After an extended break he got back into the hobby in 2006 and became a director for the Marinelife Aquarium Society of Michigan (MASM). In 2008 he was bitten by the Captive Breeding bug after hearing Dr. Frank Marini speak at a MASM event. It was interest in Captive Breeding that led him to push for the founding of the Marine Breeding Initiative (MBI). Since then, the MBI has become one of the largest databases for captive breeding information in the world.

Tal also created the MBI Workshop which was the first event of its kind; bringing together hobbyist breeders, commercial breeders, and professional aquarists from around North America and the UK in an intimate setting to discuss the latest developments in Captive Breeding. 2019 was the tenth year of this annual event. 2020 would have been the eleventh but as with most other things this year it has been postponed until 2021. 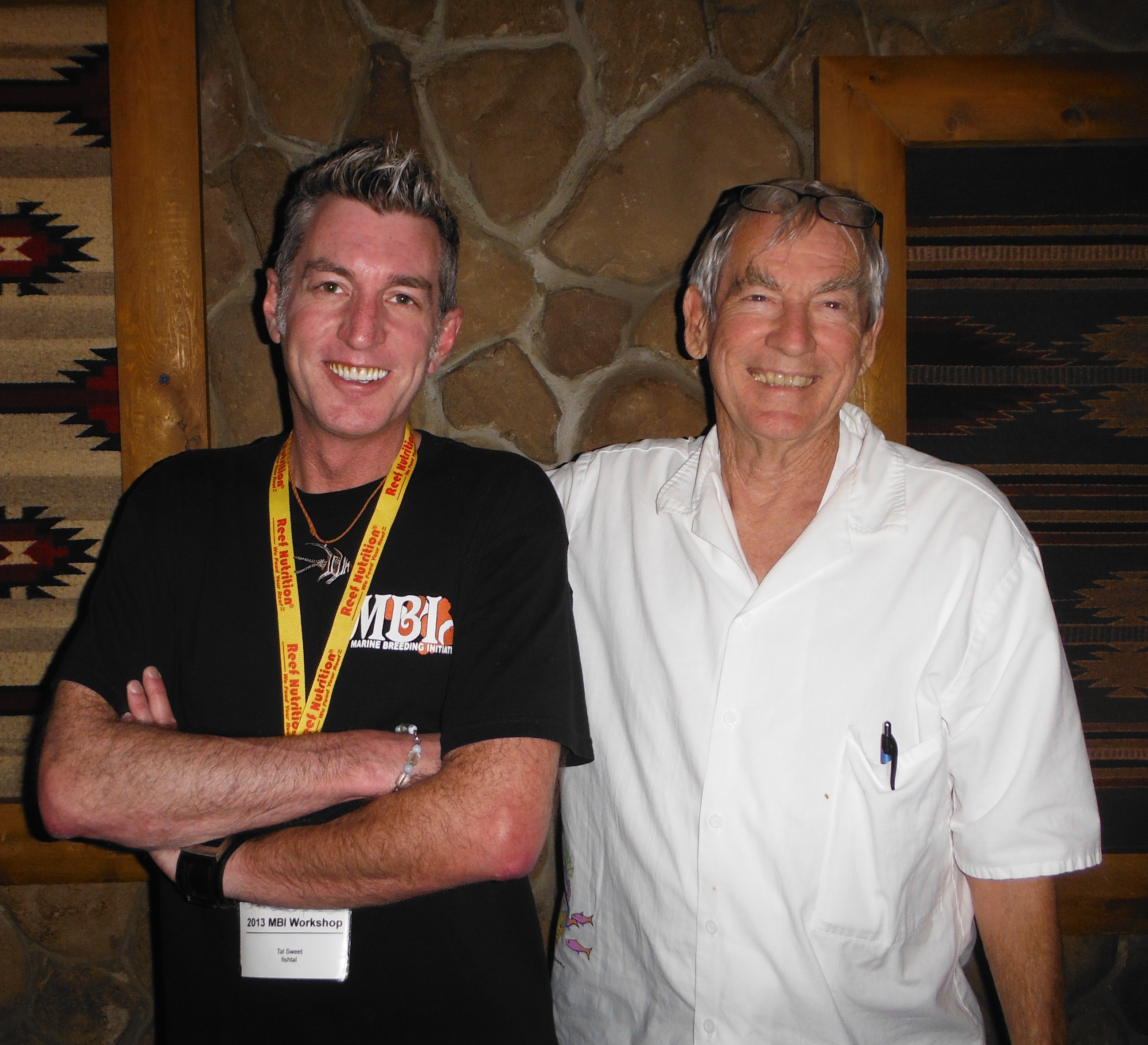 Tal has spoken about captive breeding at clubs around the US, Canada, UK, and Australia. He has also written for various publications including CORAL Magazine and Reef Hobbyist Magazine. The annual list of captive bred fishes, and now inverts, published by CORAL Magazine is another project that Tal works on each year with Matthew Pedersen. This list endeavors to keep an up-to-date list of all species that have been bred in captivity and their availability to the trade.

As a member of the LGBT+ community, Tal created Rainbow Reefers for MACNA 2018 to bring members of the community and their allies together to share their stories and love of the marine aquarium hobby. The group meeting was well attended and appreciated by those who were there. Tal feels it is important for every member of the hobby to feel welcomed and free to be themselves without fear if discrimination. 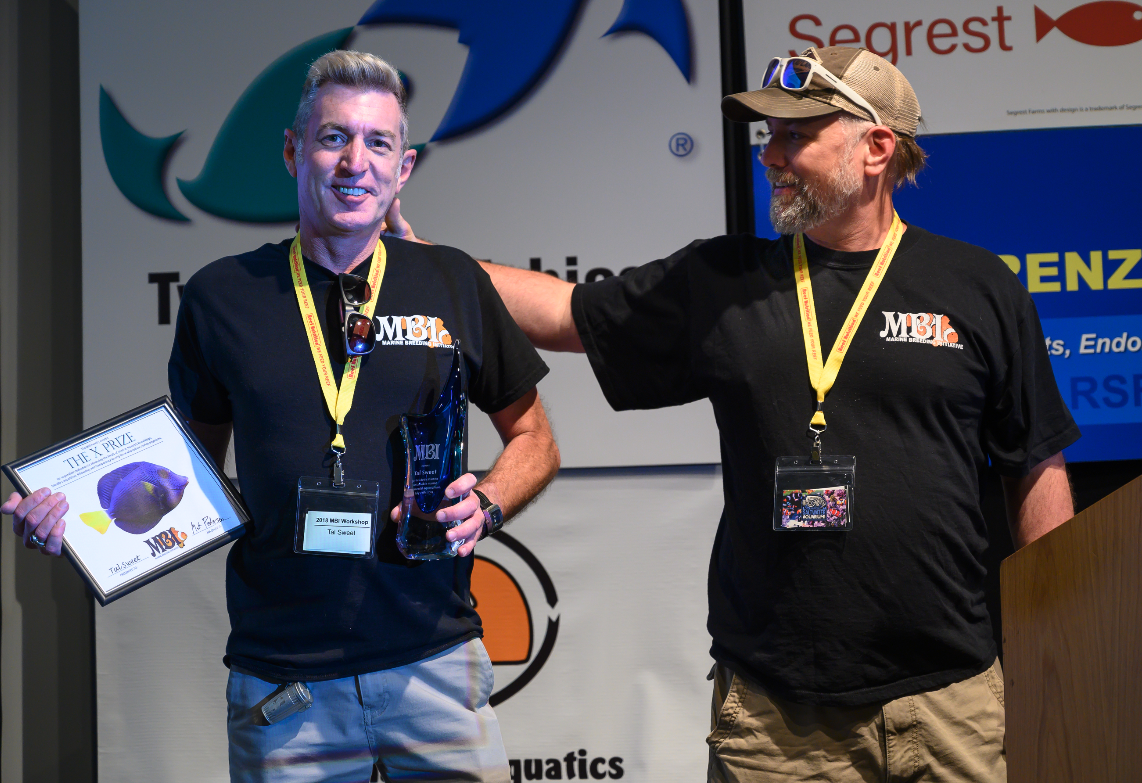 In 2019 the MBI Council awarded him with its “X Prize” for “Dedication to advancing the ideals of science, research, knowledge, friendly competition, fellowship, and transparency among those who culture marine organisms by helping to create the MBI”. Tal was also awarded the MBI Award by the MBI Council.

At home, Tal’s 90 gallon reef tank houses fish and corals, some of which he’s had since 2006. Besides aquatic things, Tal loves to travel, scuba dive, cook, host dinner parties, and is a huge sci-fi geek. Oh, and cheese! Tal has loved Halloween since he was a kid and creates new life-size props for the neighborhood to enjoy every year. He is also the proud parent of three felines, Oliver, Felicity, and Sasha. 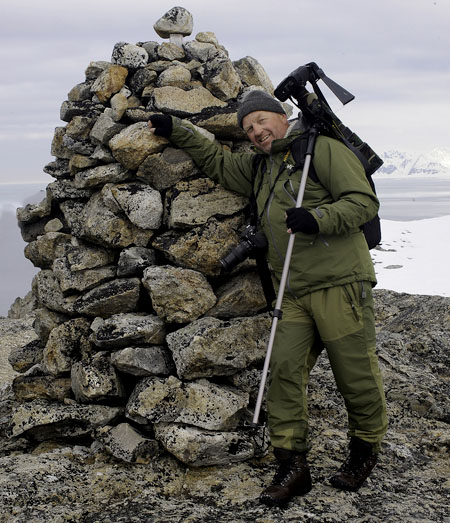 Alf Jacob Nilsen is a biologist, teacher, and author of many articles and books, including The Modern Coral Reef Aquarium series, which he has coauthored with Svein A. Fosså in German, Swedish, and English.

In Alf’s own words: “My involvement and work with the marine aquarium (coral reef aquarium) is a part of my interest for biology.  It was during my student period (Stavanger and Bergen, Norway) that I began working with marine aquariums and among other came in close contact with German marine hobbyists (including the late Peter Wilkins).  At the same time I took a great interest in the biology of the tropical corals reefs and corresponded with several scientists world-wide over this topic.  My first visit to a coral reef (the Maldives) came in 1980 and was a huge motivation for future work both with coral reef biology in general as well as with techniques and biology of the corals reef aquarium. It was in the late seventies when I also first met my good friend and co-author Svein A. Fosså.” 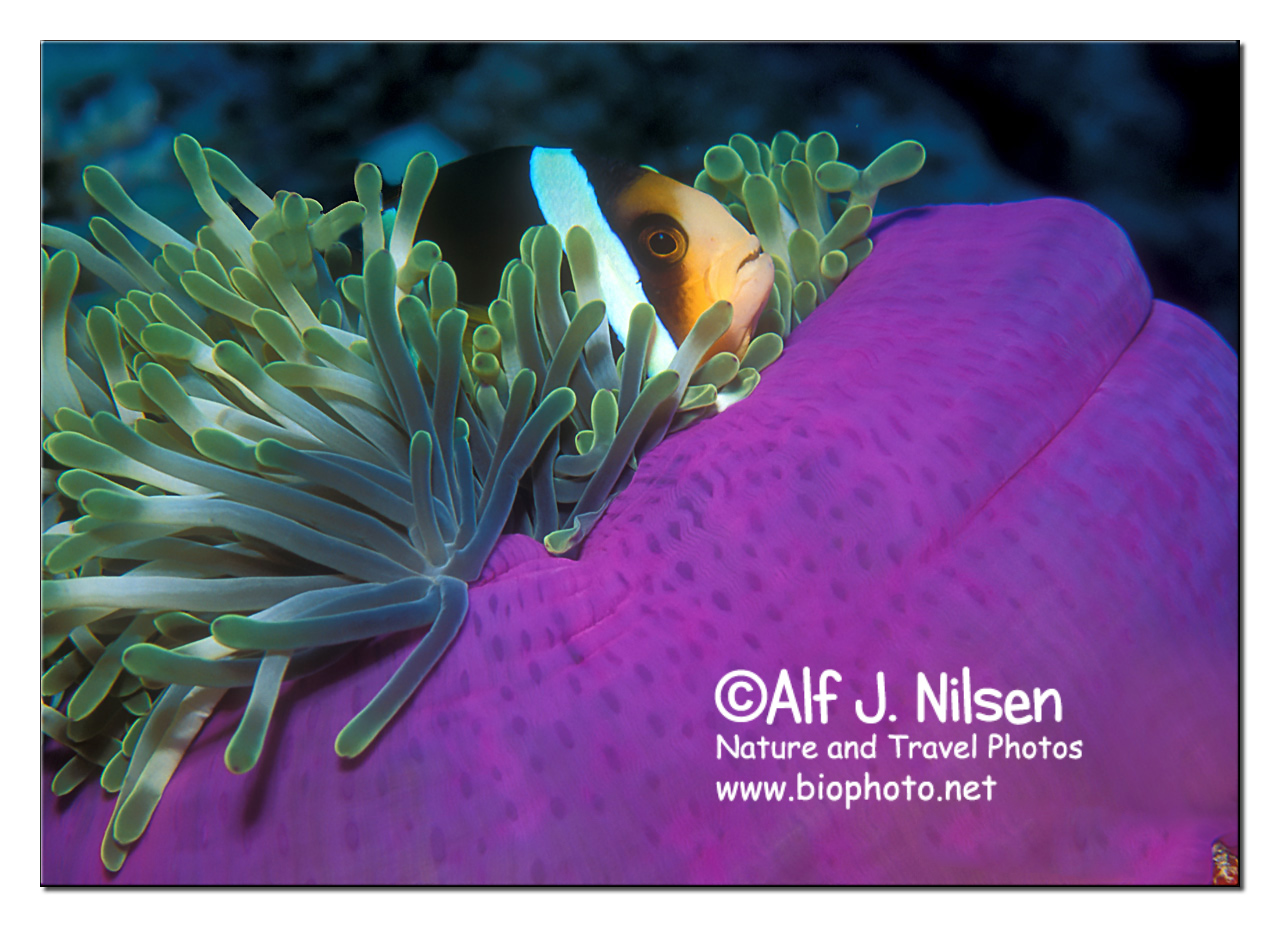 “Together with Svein A. Fosså I have published a book series titled “Korallrevsakvariet” (4 volumes in Swedish), “Das Korallenriff Aquarium (6 volumes in German by Birgit Schmettkamp Verlag, Bornheim, Germany) and “The Coral Reef Aquarium” (4 volumes in English, Birgit Schmettkamp Verlag, Bornheim, Germany).  The German edition was expanded with two volumes published in German in 2010 and 2016 (by Natur & Tier Verlag, Münster, Germany).  Totally the series have sold some 110,000 copies world-wide.  The books try to link coral reef science and general biology with the coral reef aquarium as it is my honest belief that the marine average hobbyist need some understanding of biology and coral reef ecology to be really successful and to understand what goes on in a small captive reef. 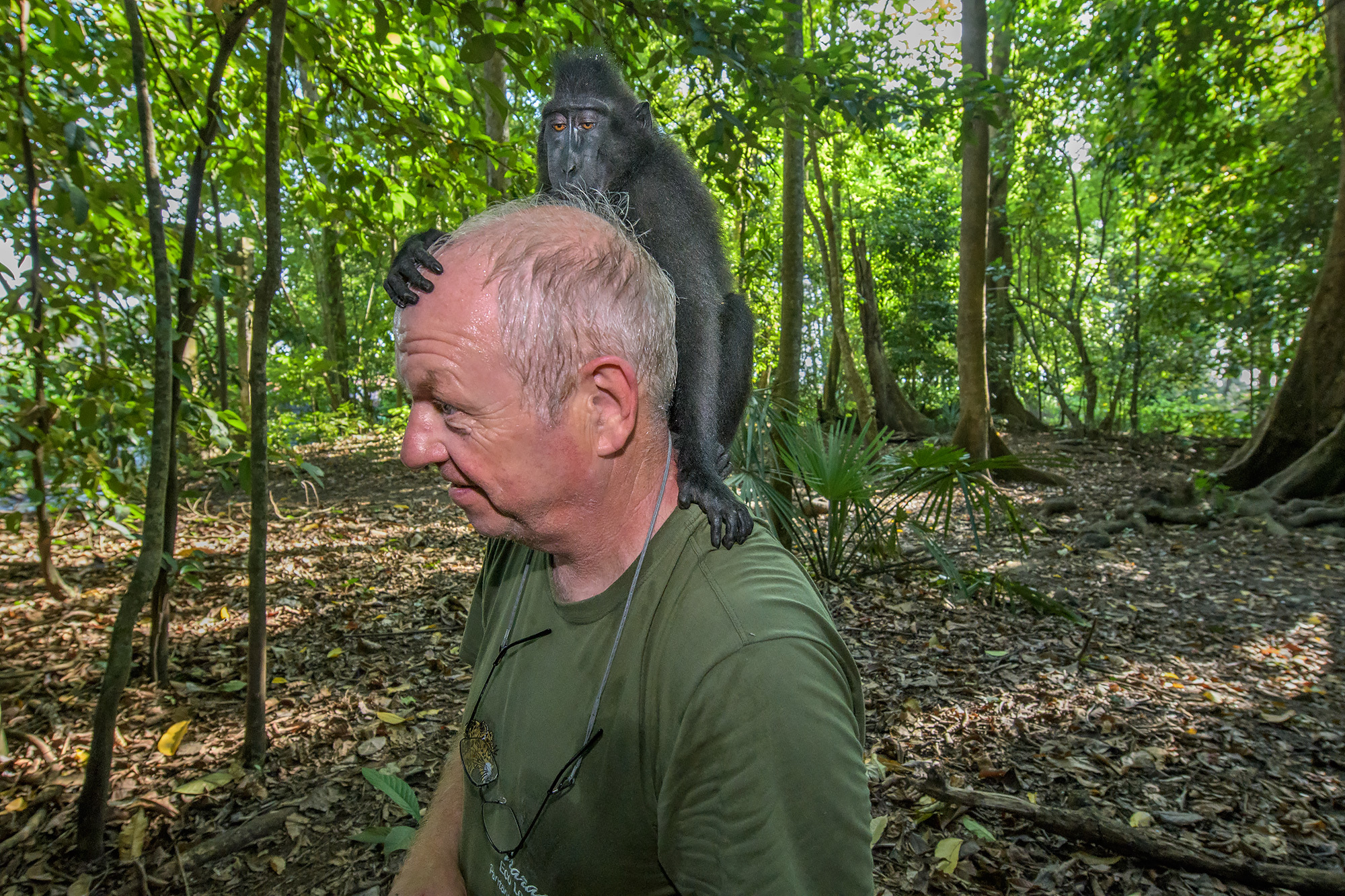 They also try to describe the fundamental techniques needed for maintaining a coral reef aquarium over time and to grow corals in captivity. During our work with the book series I have corresponded with hundreds of scientists world-wide, visited scientific institutions, public aquariums and fellow aquarists.  Preparations for the books have also included visits to reefs in Indonesia, the Philippines, the Maldives, Australia (GBR), Fiji, Cook Islands, Hawaii and Florida. Without the help of many people – scientist, a fellow aquarist, a dive master, the director of a public aquarium  or the owner of an aquarium shop –  my work could never have been a reality!”

“As photography is a major interest, private biological and aquarium related photos have been used in articles, books and lectures.  Today some of these can be seen on www.biophoto.net (a site designed to show biological and nature photos, not exclusively aquarium photos).”