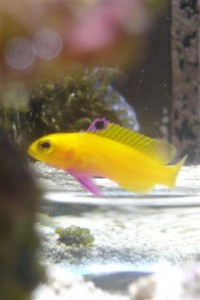 There’s a new Caribbean fish coming to saltwater aquarium keepers, and this fish is a real beauty. The Gramma dejongi has just recently started showing up on stocking lists and will likely fly out of fish store aquariums for a while (assuming your fish store can actually get one). This stunning fish is native to Cuban waters and will likely be difficult to acquire for most US-based aquarists (that dang embargo!). The G. dejongi is very similar in appearance to the Royal Gramma (G. loreto), but this new Gramma species is almost entirely yellow, having only a hint of purple. 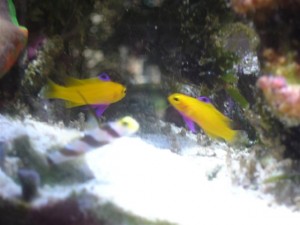 So far, this fish has only been imported by foreign livestock wholesalers. De Jong Marinelife out of the Netherlands (from whom the fish gets its name) seems to be one of the very few, if not the only, wholesalers to currently have access to this fish. The images we’ve found for this stunning new Gramma actually come from a gentleman in the Netherlands who ordered the fish from De Jong Marinelife. Hopefully these beauties will pop up in other areas of the Caribbean so local collectors can have access to them. But for now, just enjoy the pictures. 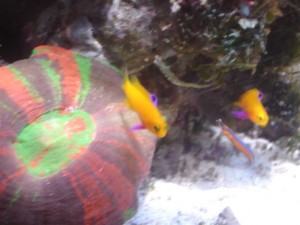