Trending
You are at:Home»Aquarium Equipment»Proof That LEDs Can Grow SPS 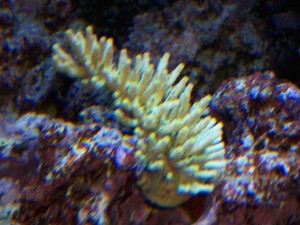 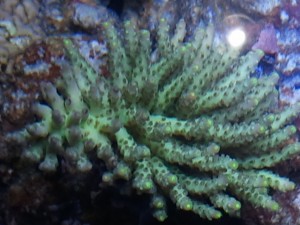 One of the biggest concerns facing most hobbyists who are considering switching to LED lighting over their reef aquarium is coral growth and health. Many people are attracted to this particular lighting source since the diodes typically last several thousands of hours and use relatively little energy. However, many outspoken opponents of LED use make the claim that the setups can’t sustain coral growth long term, especially with SPS corals like Acroporids. This deters many of those aquarists that are already stuck on the fence. These reef keepers are already afraid to ditch their halides or fluorescents for fear their corals will eventually lose color and die, but they are wanting to make their aquarium more energy efficient or stop having to pay yearly for bulb replacements.

Continue reading below to see before and after coral growth pictures under LED lighting, as well as how manufacturers are making these setups more suitable for our reef aquariums. The pictures were sent to us by a local reef aquarist and were taken with a cell phone camera. The time between the “Before” picture and the “After” picture is approximately 5-7 months. The LED lights used are from AquaIllumination.

Well, I’m here to tell you not to worry. LED lighting can fully sustain just about any reef aquarium, and with advancements in the technology coming out on a regular basis, this mode of light emission is here to stay. Manufacturers are upping the PAR output and increasing coverage by using reflectors and lenses. Light spectrums are constantly being developed to better suit our photosynthetic coral’s needs and many aquarists are slowly coming to the realization that LEDs can benefit their aquarium tremendously. 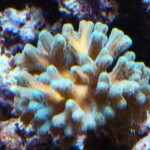 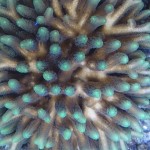 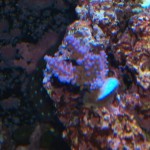 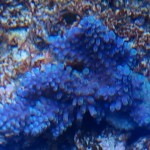 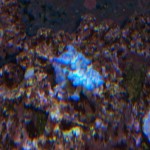 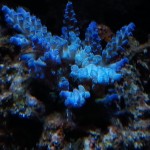 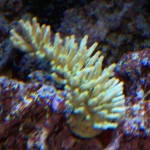 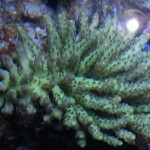