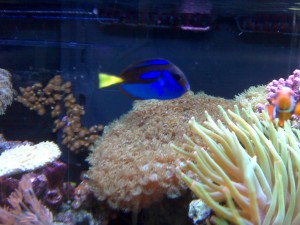 In a world of smart phones and Facebook, just about every aquarium hobbyist can photograph interesting aquarium livestock and instantly share their images with the world. Many hobbyists go to great lengths to capture quality images, resorting to expensive digital SLR cameras and various photo editing software. However, not everyone has access to expensive DSLR cameras or, like in my case, they forget them at home. So to improvise, many resort to the highly mobile and useful cell phone camera. The image quality is certainly lacking in most applications, but the resulting images are still good enough to show off that interesting fish or coral to the interested aquarium community.

How to Take Good Shots

Since most cell phones only allow you to tweak  one or two settings (white balance and resolution are pretty common options), you have to rely on the camera’s limited capabilities and be very patient when trying to get decent pictures. Make sure the lens is clean, after all it has been in your pocket or purse with lint and other nasty stuff, then start snapping away. Try to capture large, slow moving fish or corals that aren’t blowing around in the aquarium’s water flow. After the photos have been loaded to your computer, you could edit them in Photoshop or a similar program. Other than those, there’s not much else you can do with the typical cell phone camera. Video capabilities of many phones certainly add another dimension, but you’ll find that many phones take even poorer quality videos than pictures.

Cell phones are getting higher resolution cameras and more features every day. There are even 8-megapixel cameras on some phones, while others even shoot HD movies. They obviously are no match for a good DSLR or Point-and-Shoot camera, but they provide a great substitute if you’re on the go or don’t have a good camera. 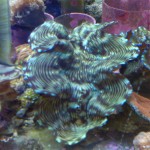 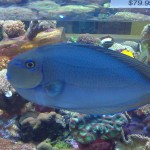 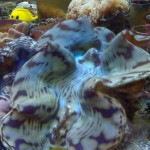 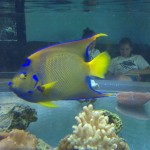