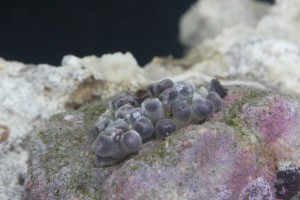 I have recently noticed the dreaded ZoaPox on one of my Zoanthid frags. I was initially concerned with the discovery, since many people lose entire colonies to ZoaPox on a regular basis. However, the polyps continued to open every single day and did not appear to mind the crusty white spots. The affliction started off very small, but eventually moved to more and more polyps. The Zoa frag still acted normally, but my concern about losing the frag grew as the pox spread. I hit the net, looking for any possible fix to the problem and came across a CoralPedia article on ZoaPox. They made the claim that Furan-2, which is typically used to treat various ailments in freshwater setups, is a repeatably proven cure. Intrigued by the claim and reported results by CoralPedia, I decided to give it a try. 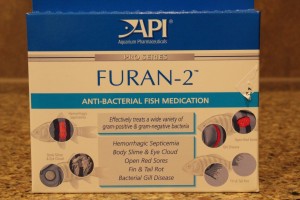 Continue reading below for the steps taken to eradicate the ZoaPox.

My method of attack will include removing the coral from the display aquarium since it’s better to treat target animals as opposed to treating the entire tank. I will then place the coral in a 20-gallon aquarium filled with about 10-gallons of freshly mixed saltwater (one packet treats 10-gallons). The coral will sit in the tank for 24-hours, after which the aquarium will receive a second dose. After another 24-hour period, 25% of the water will be changed. The process will then be repeated once more, making for a total of 4 packets of Furan-2 dosed. After the final water change, carbon will be placed in the tank to slowly remove the medication. If the ZoaPox still hasn’t gone away by the final water change, I might have to repeat the process.

I will start a day-by-day log of the treatment’s progress, which should only take a few days. Pictures will obviously be crucial to the process, so expect plenty of those as well.