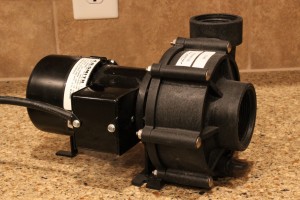 Our Thanksgiving Drawing has finally come to a close, and we’ve got a winner to announce. We would like to congratulate Eric Kellum. Eric was randomly selected from the large list of entries and will be receiving the Sequence Reeflo Snapper pump. After contacting Eric, he has indicated that the Snapper will be used as a return pump and manifold system for his 210-gallon mixed reef aquarium. The Snapper will be replacing his Panworld/Blue Line return pump currently being used, as well as the many Maxi-Jets feeding his calcium and media reactors. Hopefully Eric will keep us up to date with the pump swap out and share some pictures of the new plumbing manifold down the road.

To all those who didn’t win…don’t worry about this giveaway. We will be hosting a rather large end-of-the-year giveaway later this month. Up for grabs will be a VorTech MP10w ES sent to us from Aquarium Specialty, Marineland Single Bright LED light fixture given to us by Marineland, Blue Glow Infinity frag rack from The Blue Glow Aquaculture, and an Algae Free Piranha magnetic scraper just to name a few, with a few more also on the way. That contest will be officially announced in the coming days.