Trending
You are at:Home»Aquarium Livestock»The Rare White Tang from WWC

The crew at World Wide Corals has recently shared this video of their super rare white tang, aptly named Casper, over on the Reef2Reef forums. The tang is actually a yellow tang (Zebrasoma flavescens) with a complete lack of pigmentation. You might recall a past article in which we wrote on a white tang seen in the wild. It was revealed that the wild white tang wasn’t an albino, but that its white coloration has progressed from a small patch that eventually covered its entire body. The progression of the white patches should indicate a genetic mutation, or to a much lesser probability a disease, and I would assume that the WWC white tang is probably afflicted by the same thing. Regardless of how the fish got its color, it’s certainly very rare and makes for an eye-catcher.

More pictures of the WWC white tang can be seen below. 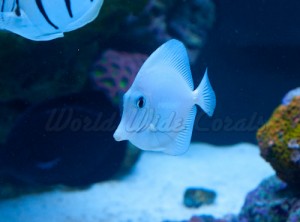 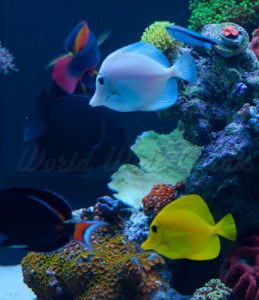 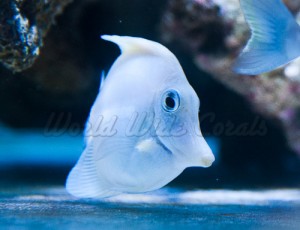