Trending
You are at:Home»Reef Conservation»Huge Coral Reef in the Philippines Devastated 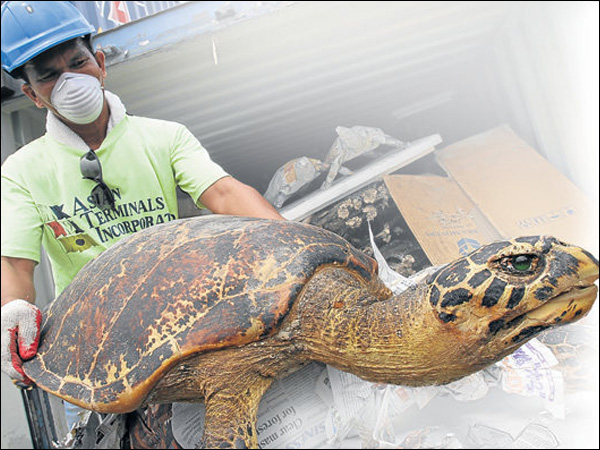 As if the very recent shipwreck on Bakud Reef wasn’t enough, a group of poachers decimated an entire reef system off the coast of Cotabato. Both sites are located in the Philippines, and both are terrible examples of utter devastation on the part of direct human activity. The poachers reportedly harvested more than 21,000 pieces of black coral and killed 161 sea turtles, along with other marine animals. The devastation was said to cover an area of 7,000 hectares, which is twice the size of the city of Manila.

Officials from the Philippines Bureau of Customs intercepted the coral contraband and recovered over 21,000 pieces of sea fan corals, 196 kilograms of sea whips, and 7,300 sea shells. The descriptive term “piece” is said to equal a single colony, and the total market value of the seized items had a value of at least P35 million, or just a little more than $800,000. The World Wildlife Fund estimates the total economic cost of the damage over a 25-year period is up to $1.2 million. The coral contraband was concealed in two container vans and labeled as rubber for transportation. The turtles killed in this raping of the ocean is just another sad aspect to the story. While most of the turtles were only a few years old, one individual was said to be between 80 and 100.

Fortunately, the people responsible for this travesty are in the process of being identified and hopefully handed over to authorities. A local wildlife trader, who was a consignee of the contraband, went to the Customs Police Director’s office and indicated that he was willing to identify the financier of the project, along with the individuals responsible for the coral harvesting and turtle deaths. While we are unsure as to all of the fines and potential jail time these collectors face, but according to the Fisheries Code of 1998, violators could face imprisonment from six months to two years and a fine from P2,000 to P20,000.

So why did all these corals die? Black coral is a very popular item used in jewelry, fashion accessories, and other forms for decor. Even though the Convention on the International Trade in Endangered Species of Wild Fauna and Flora has banned the harvesting of black corals, the practice obviously continues to a great extent.

Some of the coral contraband could possibly be given to marine biology schools, with a good majority of it probably returning to the sea at a later time.

For more information on this travesty, please visit Inquirer News.