We recently came across a brand new LED module emerging onto the aquarium lighting market from StarkLED. Called the blunova, this new module has a lot of similarities to the yet-to-be-released AquaIllumination Vega, but instead of four LED clusters, there are only three. The module sports a total of 15 diodes, with each cluster is housing a total of 5 Cree LEDs: one XM-L Cool White and four XP-E Royal Blue emitters. Each LED is fitted with 90 degree optics, which allow the small module to cover a large area of 30″x30″. In terms of other hardware, the blunova has a built-in controller that can adjust brightness, set lighting schedules, perform sunrise to sunset functions, and even simulate lighting strikes. Another great feature of the blunova is its on-board wireless connectivity. The module has a built-in 2.4GHz wireless module that is compatible with a StarkLED Wireless Controller. The controller allows users to perform all of the same functions as the on-board controller, but it also allows up to 30 modules to be controlled all at once.

More photos can be seen below and a demonstration video can be found on the Sea Dwelling Creatures Facebook Page. SDC will be serving as the wholesale distributor of these LED modules, and they should be available to retailers who purchase from them. 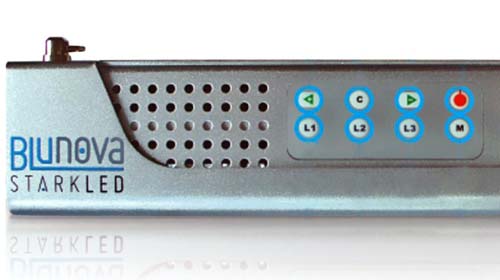 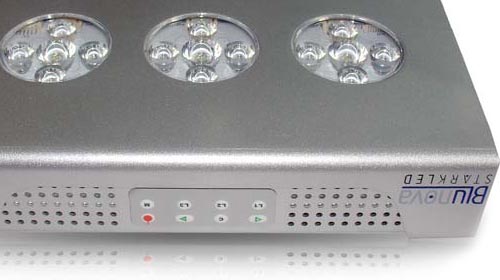 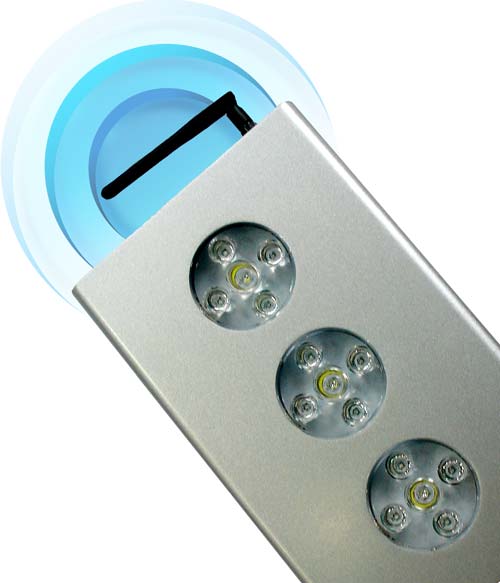