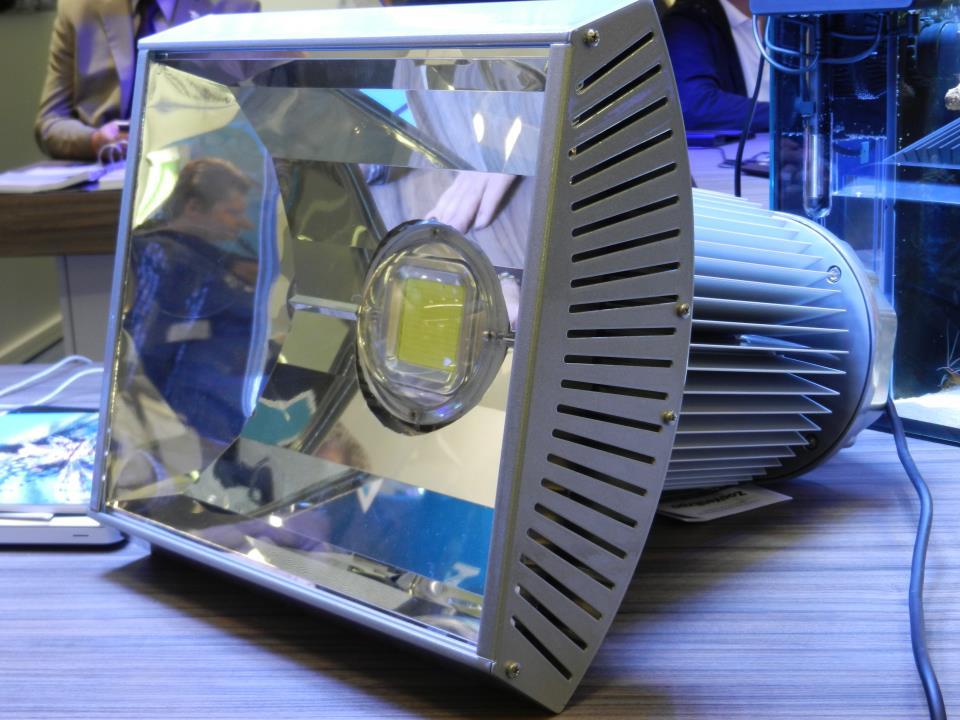 With the dust just starting to settle from the massive Interzoo event from last week, we are really starting to see some of the exciting new products being released by aquarium equipment vendors and manufacturers. One of those new items is a massive and powerful LED fixture from Aqua Medic. This new fixture sports a sizable Multi-chip LED, which sits behind a large lens and within a beefy reflector. Very few details on this light have been made public, with the image above only being a teaser. We do know, however, that the light consumes 250watts and that the hardware (mainly the heatsink) is rather extensive. We’ve seen big Multi-chip LED products before in the Ecoxotic Photon Cannons, the Orphek DIF series fixtures, and more recently a CAD Lights Multi-chip fixture, but never before have we seen one that consumes 250watts. This power consumption obviously puts the Aqua Medic Multi-chip LED up there with the metal halides, but we assume the fixture will far outpace a compartively power hungry 250watt metal halide setup while also running at least a little bit cooler. But as we said, this is just a teaser image. More details are promised from Aqua Medic in the near future.