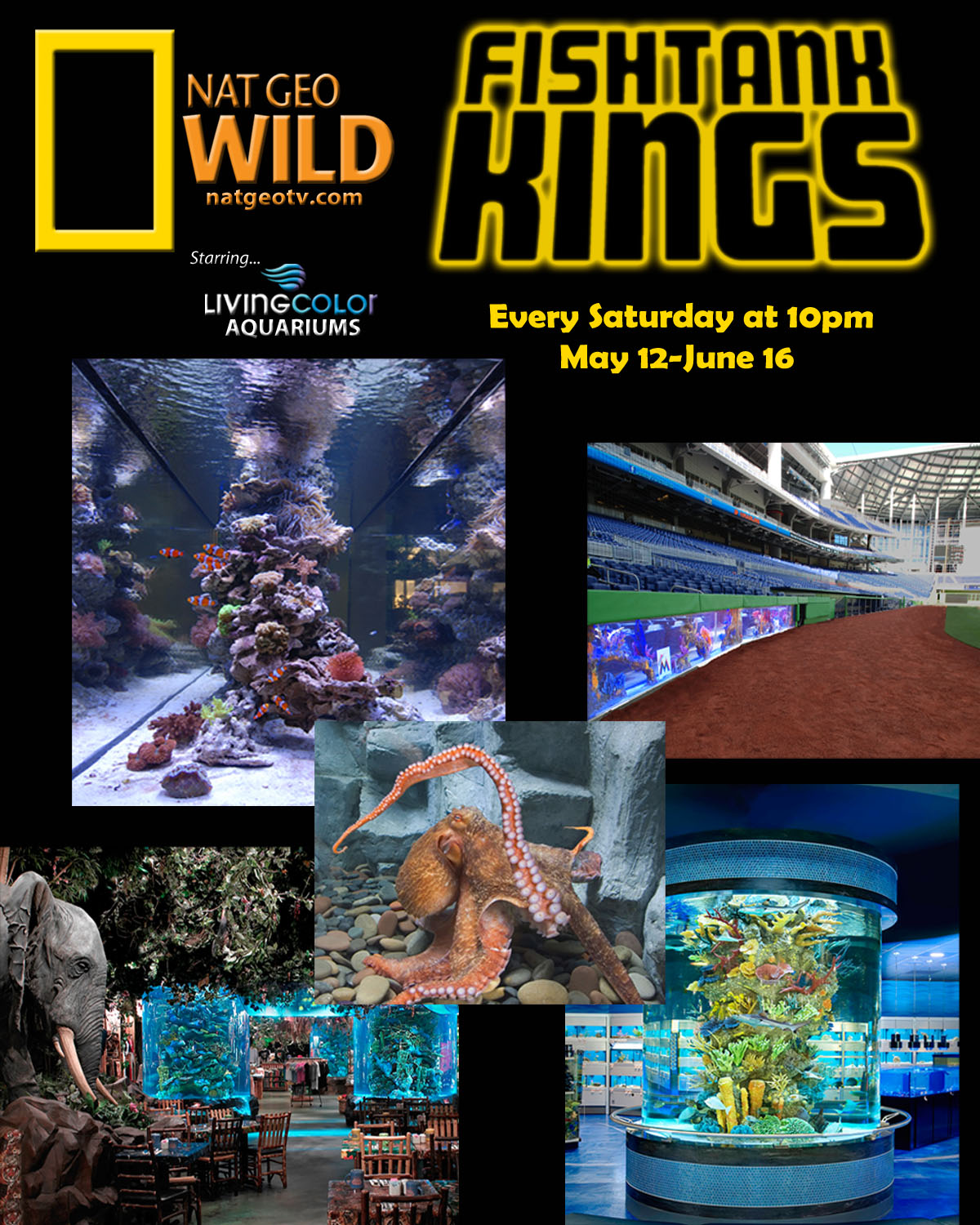 Got an hour of free time this evening? The world premiere of Fish Tank Kings, a brand new Nat Geo Wild television show that follows the aquarium installations of Living Color Aquariums, officially airs its first episode tonight at 10 pm (9 pm Central time). This first episode will exclusively cover the design and installation of the large backstop aquariums at the Miami Marlins baseball stadium. We’re told that this isn’t the favorite episode of the Living Color Aquariums crew, as it doesn’t have as much fish related content, but we’re also told that later episodes will be packed full. We’ll be glued to the television tonight dissecting the show, and we’ll report our opinions back tomorrow. We certainly have high expectations, but we’ll approach the viewing with an open mind. Until then, enjoy yourself some Fish Tank Kings