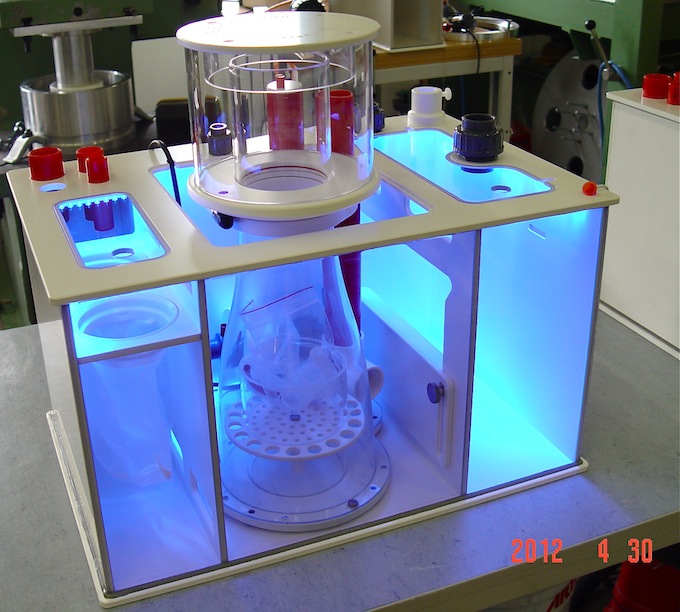 Royal Exclusiv, makers of the famous Bubble King skimmers and Red Dragon series of pumps, have just announced a series of new products. We will be covering the specifics of these products in future articles, but we wanted to highlight the fact that these new products have been fitted with quite the theatrical feature. Indeed, the new BK Mini 200 and the Nano “Dreambox” sumps have now been fitted with banks of blue waterproof LEDs. 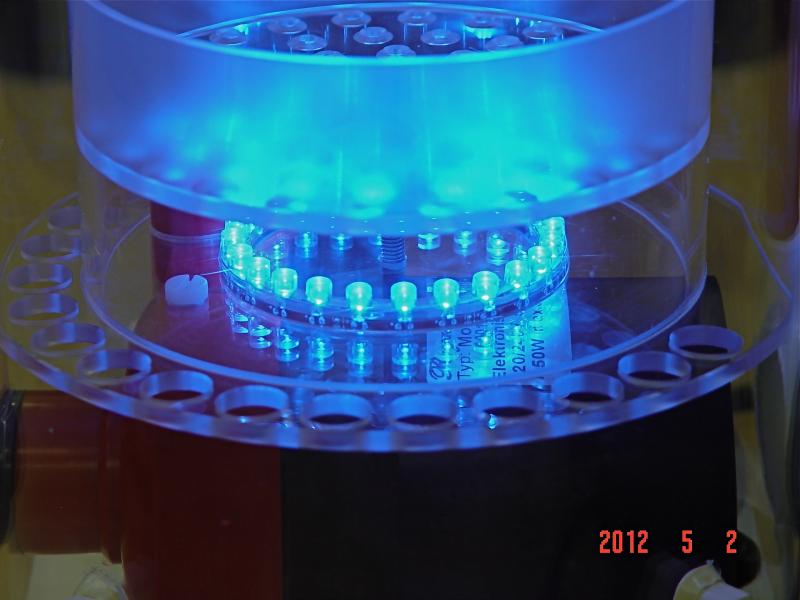 Blue LEDs under the bubble plate

The further emphasize the color, the bubble plate on the Bubble King Mini is ditching the clear acrylic found on previous models, choosing instead an opaque acrylic to diffuse the blue light into the column of microbubbles that Red Dragon Speedy will be churning out. This may even be an incentive to leave your equipment out as a part of the display. We would love to get our hands on one of these and hope to hear more about them at the upcoming InterZoo conference in a few weeks.

Kudos to the Reefbuilders blog for breaking the story.