Trending
You are at:Home»Uncategorized»Picture of the Week, Red Acanthastrea lordhowensis 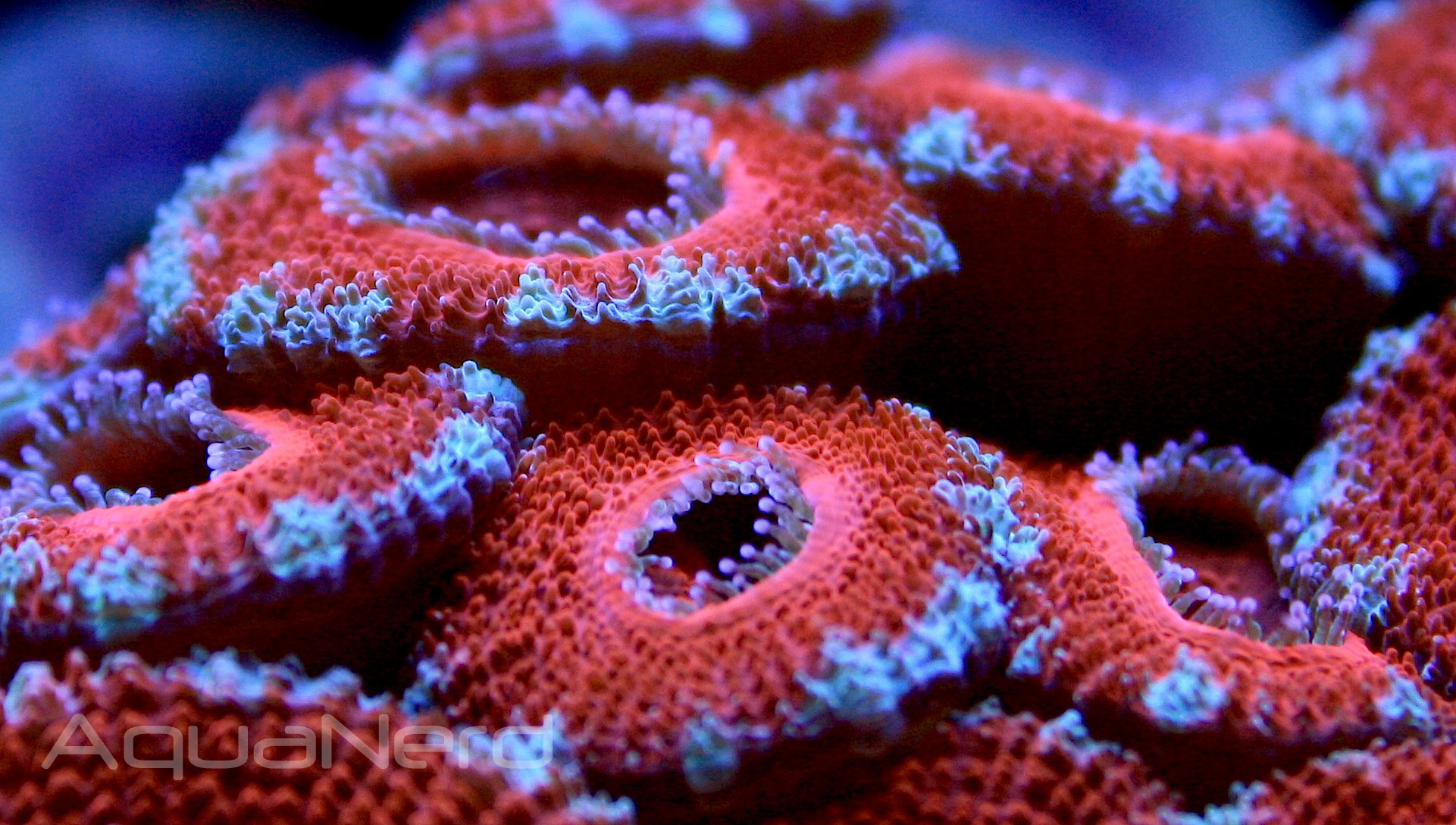 Displayed in the latest AquaNerd Picture of the Week is a coral that was once insanely popular, but has declined to some extent in recent years. It’s an Australian Acanthastrea lordhowensis, or acan lord for short, and although it’s no longer the trendy must-have coral that it once was, it’s still something that is regularly sought after and is sure to instantly spruce up any reef aquarium. This particular colony is at that transition between soaking up the light and actively feeding, as some of the polyps are open or at least starting to open. Interestingly enough, it doesn’t really retract when it’s done feeding like most acans. Instead, it stays thick and puffy all day long. The owner of the coral said he was able to keep the coral looking this way by feeding the aquarium constantly, but not just target feeding. His idea was that the corals don’t really get target fed in the wild since they just catch things that gently float by. Clearly, he’s doing something right.