Trending
You are at:Home»Uncategorized»Fishing License No Longer Required to Capture Invasive Lionfish in Florida 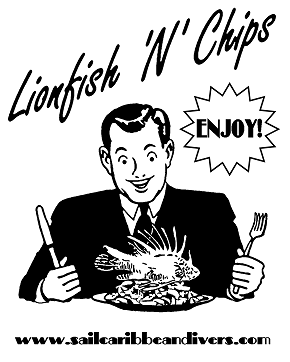 In an ever growing attempt to rid the local waters of the invasive lionfish, the Florida Fish and Wildlife Conservation Commission is taking another step in the right direction. A couple of days ago, FWC officials announced the removal of lionfish bag limits for both recreational and commercial fisherman, and also stated that harvesting of the fish will no longer require a fishing license when using certain gear in specified waters around the state. These new changes were enacted by an executive order and are only in effect through August 2013.

As for the nitty gritty details of the order, they state that a fishing license isn’t required if the harvester is using a pole spear, Hawaiian sling, handheld net, or any spearing device designed and marketed specifically for lionfish capture. These rules, however, don’t apply to areas outside of state waters or areas where spearfishing is already prohibited. The state waters of Florida are defined as from shore to 9 miles in Gulf of Mexico waters and from shore to 3 miles in Atlantic waters.

We applaud the efforts of the state and hope the combined efforts of officials, local fisherman, and the environmentally conscious adventurer slow the growth of the invading lionfish populations.