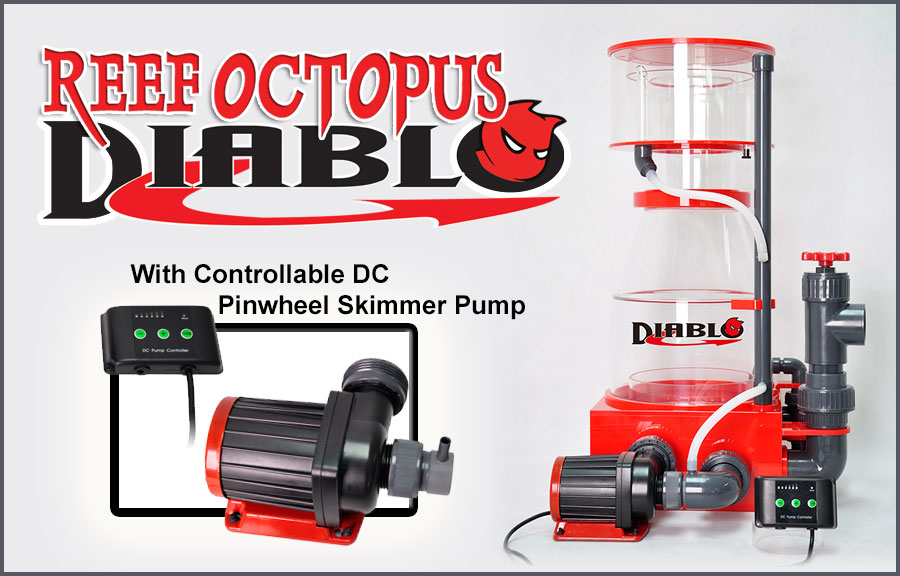 The controllable protein skimmer craze has officially begun. Several new equipment manufacturers are starting to implement the popular and newly affordable controllable DC water pumps into the design of their products, and the latest company to get in on the action is Reef Octopus. Despite a massive and continually growing line of protein skimmers, Reef Octopus has placed the controllable pump onto their popular Diablo protein skimmer, with a total of six models getting paired to the new pump, including the Reef Octopus DC 250EXT (external recirculating model) and DC 250INT (in-sump model) skimmers.

According to Coralvue, the pump will be restricted to Diablo skimmers with an 8-10″ body, which equates to three different internal models and three external models. This restriction is due to the fact that the pumps are just too powerful for smaller diameter skimmers, but we assume that smaller protein skimmers will eventually get paired with less powerful DC controllable needlewheel pumps as the new functionality continues to prove its worth. We also assume that we’ll be seeing a whole new line of controllable water pumps with the Reef Octopus name on them eventually. They won’t replace the Reef Octopus Water Blaster and Bubble Blaster pumps, but will certainly add to the vast product line. 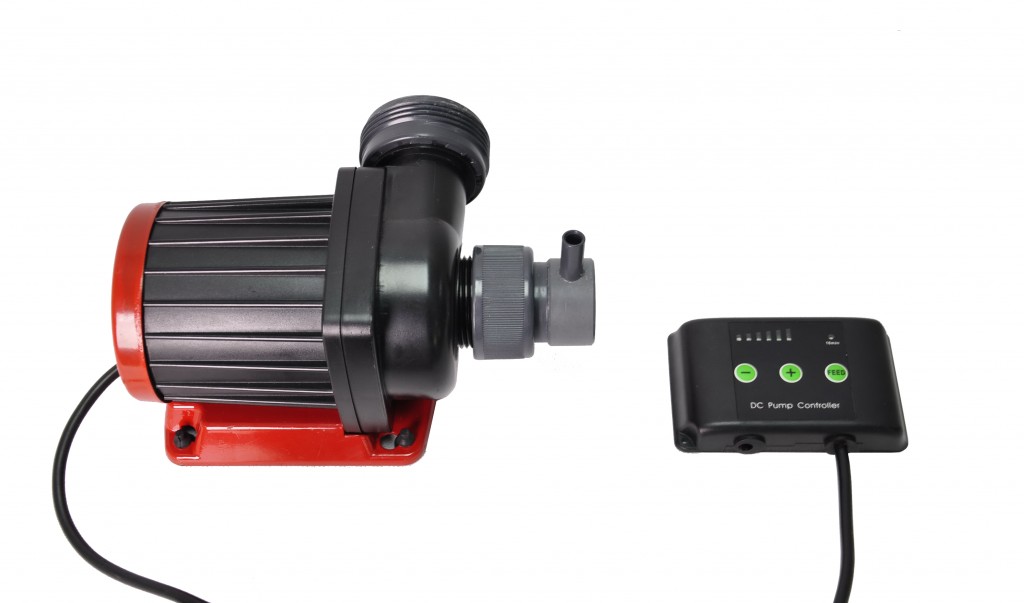 The controllable water pumps have been around for years through companies like Royal Exclusiv (think Bubble King skimmers), but their lofty prices made them too expensive for the typical aquarium hobbyist. ATI Aquaristik tried to give the technology a much broader appeal by making them affordable, but the release of their groundbreaking PowerCone controllable protein skimmer over two years ago was marred by major setbacks. And while ATI struggled to get their product out the door, several new companies started developing their own lines of skimmers with DC pumps. Reef Life Support Systems (RLSS) changed the equipment landscape with their protein skimmer line, and the same pumps used in those skimmers have found their way into the hands of ATB and now the Reef Octopus Diablo products. And while many people might write controllable protein skimmers off as the latest fad, we can tell you that they truly are worth it. We got to review the RLSS R6-i skimmer several weeks back and we’ve fallen in love with its performance and the added functionality. 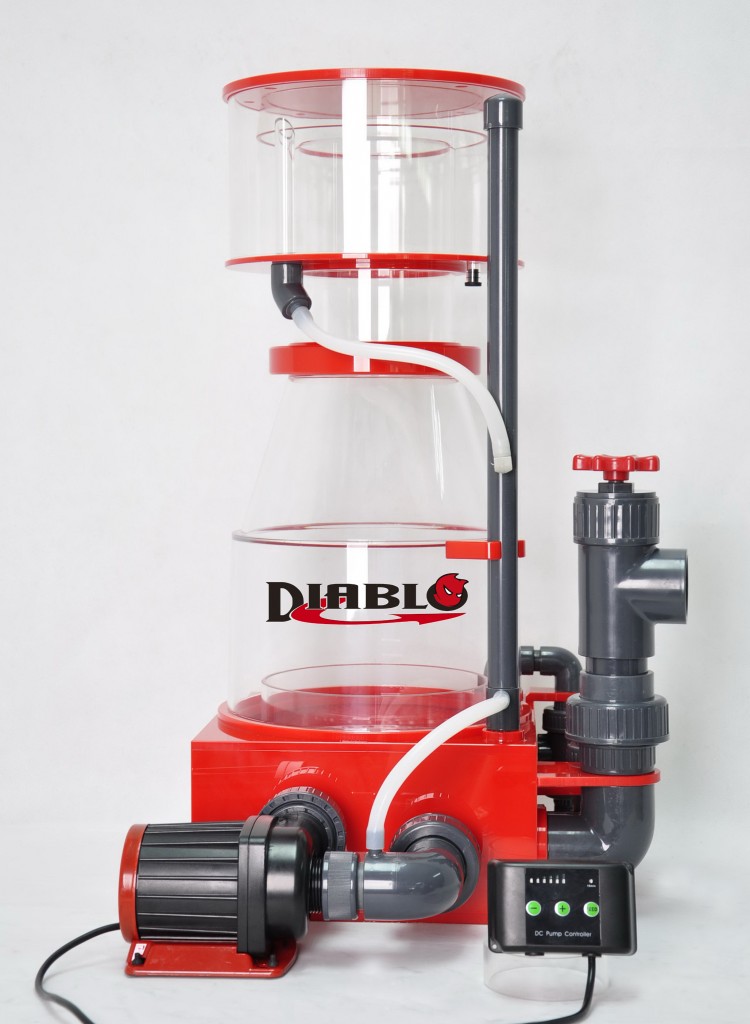 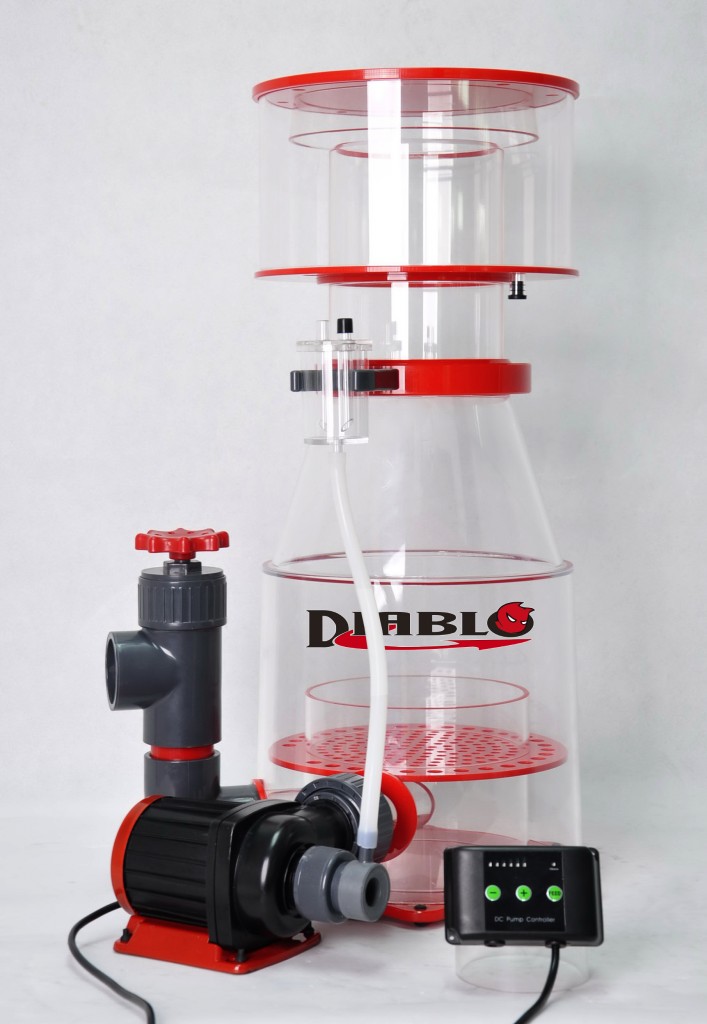