Trending
You are at:Home»General»Magnesium Dosing for Hair Algae Works but Requires Extended Periods of Time to be Effective 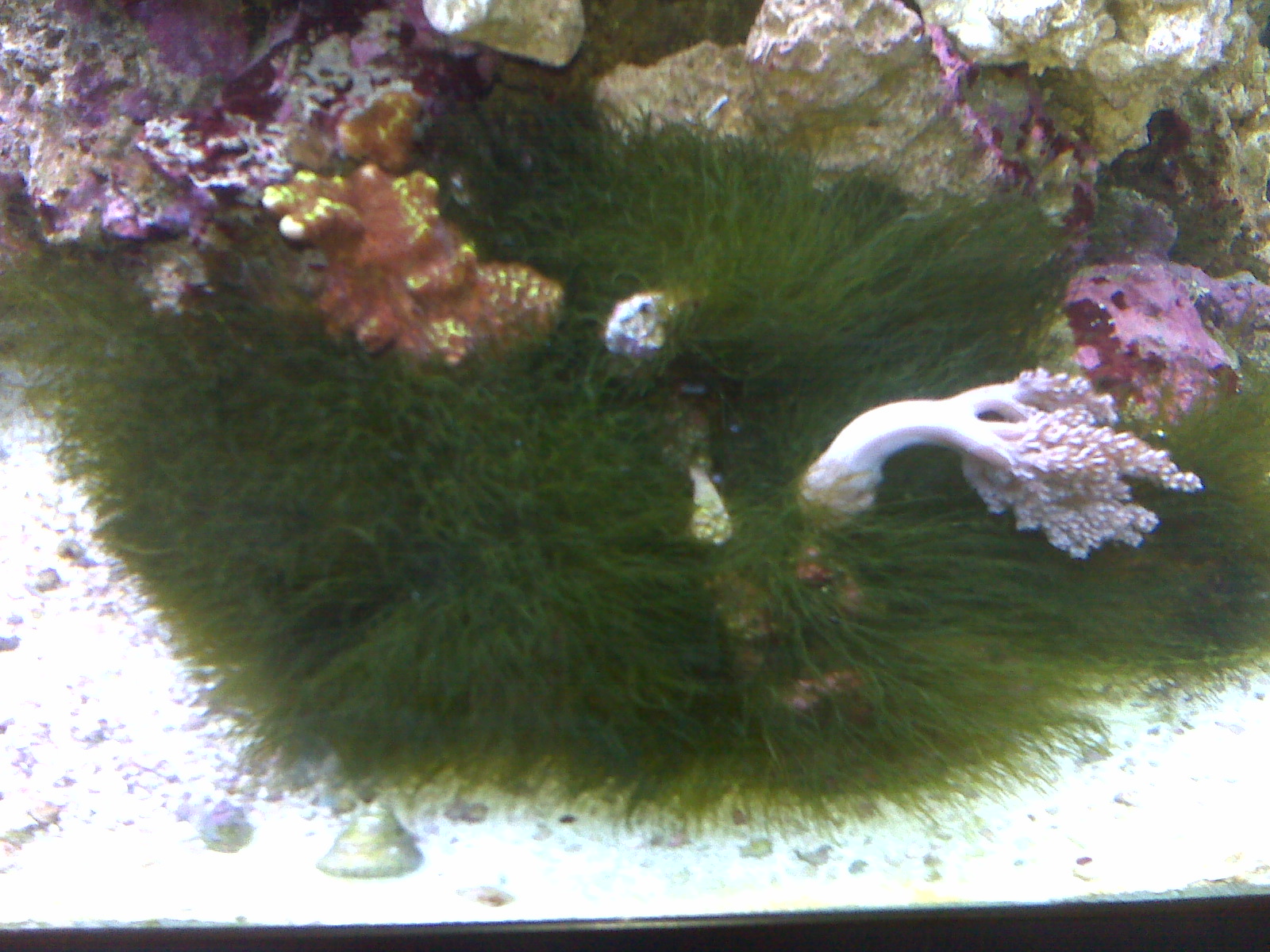 Aquarium hobbyists are often looking for the quickest, simplest solutions to solve a problem with their tanks, regardless of whether the issue be nuisance algae, flatworms, or something a bit more mechanical. Unfortunately, for most issues, a quick fix simply doesn’t exist. Well, a quick fix can be had by doing a complete aquarium teardown or some similar drastic measure, but who wants to go that route? We recently encountered an issue in our aquarium at the office, and the biggest lesson we’ve learned throughout the experience is that patience is key for many aquarium fixing solutions. The problem we had was a hair algae outbreak, and because the tank is at work and we cannot pry away time from work duties to fix issues on the tank, a different approach had to be taken. We needed a more hands off solution to the hair algae, so we looked into magnesium dosing.

For years, hobbyists have known that elevated magnesium levels in their aquarium (e.g. concentrations greater than 1500 mg/L) were a great way to battle hair algae outbreaks. I’ve never personally had many problems with hair algae until now, so we decided to give magnesium a try and find out if the stories were true. So, we picked up a bottle of Seachem Reef Advantage Magnesium and set out to kill the algae without having to get too involved in the tank. The directions read that one teaspoon would raise magnesium about 5 mg/L when dissolved in 20 gallons of water. So we wouldn’t have to dose the magnesium powder directly to the tank, we dissolved two teaspoons worth in a small container of warm freshwater. From there, we dosed the aquarium with the magnesium solution.

Because we didn’t have a test kit to confirm our numbers (and still don’t), we cautiously started adding the magnesium solution to the water. For the first couple of weeks, we added a small dose to the tank twice a day and monitored things visually. For the first several weeks, we didn’t see any change to the tank. The hair algae continue to grow, and the entire tank was getting overrun. After a nonstop losing battle that manual removal and water changes couldn’t touch, we sort of lost interest in the tank, though the dosing continued at irregular intervals and with irregular amounts. We stopped doing water changes for a while so that the magnesium levels wouldn’t be depleted. After a few more weeks, we started noticing a change in the color and texture of the algae.

It appeared that the magnesium dosing was having some effect. The normally green hair algae was turning gray and purple at the tips, and after persistent dosing, a few large clumps of the algae pulled away from the rocks and started drifting around in the water. With this good news, we upped our dosage frequency and started to manually remove some of the algae. To date, we still have some hair algae in the aquarium, but it’s really starting to die off and it doesn’t seem to be making a return. We haven’t tested our water for the magnesium concentration, but since we don’t have any livestock in the tank, it’s acceptable in our situation. If you have aquarium livestock in your tank, do not add anything that you cannot or do not test for.

In a nutshell, the hair algae battle with magnesium has taken a few months, and with elevated concentrations, we are just now seeing positive results. This tells us that hobbyists have been true all along, though most people don’t carry out the dosing long enough and give up prematurely. We’ll continue to dose magnesium until every last strand of algae is gone. We’ve also got test kits on order so that we can find out just how much magnesium we’re using.